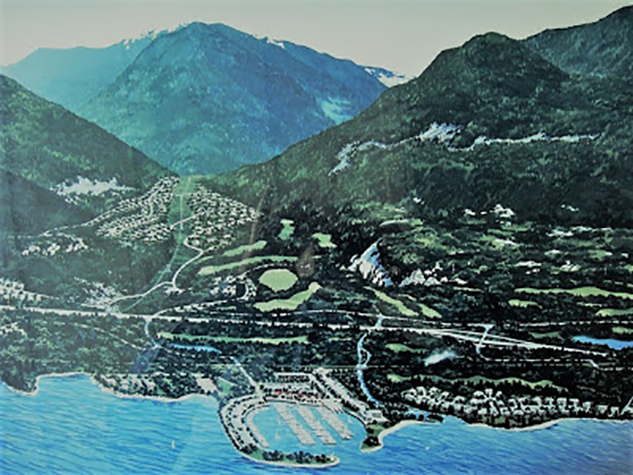 By Michael Geller (Reprinted with permission)

"How would you like to design Carmel North?" This was the question posed by a real estate agent at Colliers International late one Friday afternoon in 1990.

The next day, he introduced me to representatives of Tanabe Corporation of Japan, who retained my planning and real estate consulting firm to carry out a Due Diligence study for approximately 1,000 acres of land along the Sea-to-Sky Corridor at Furry Creek.

We were given just two weeks to assess the feasibility of accommodating a new golf course, 1000 housing units, a marina and a resort. At the time, all I could think of was Terry Jacks and the Save the Howe Sound Society; and having just come off a dramatic highly publicized failure trying to rezone the 753 acre Spetifore Lands, I did not want to be associated with another high profile failure.

To begin the process I assembled a consulting team including Mark Adams at Envirowest, Duncan Hay, geological and geotechnical consultants, and telephoned then NDP Opposition Leader Mike Harcourt to hear what he thought of the idea of a resort-oriented community on the site. 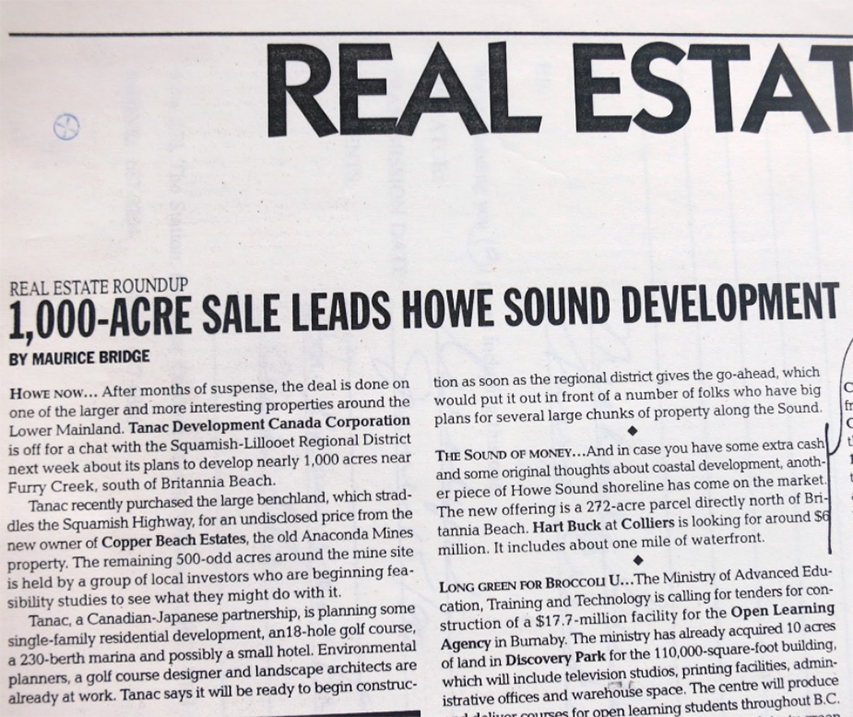 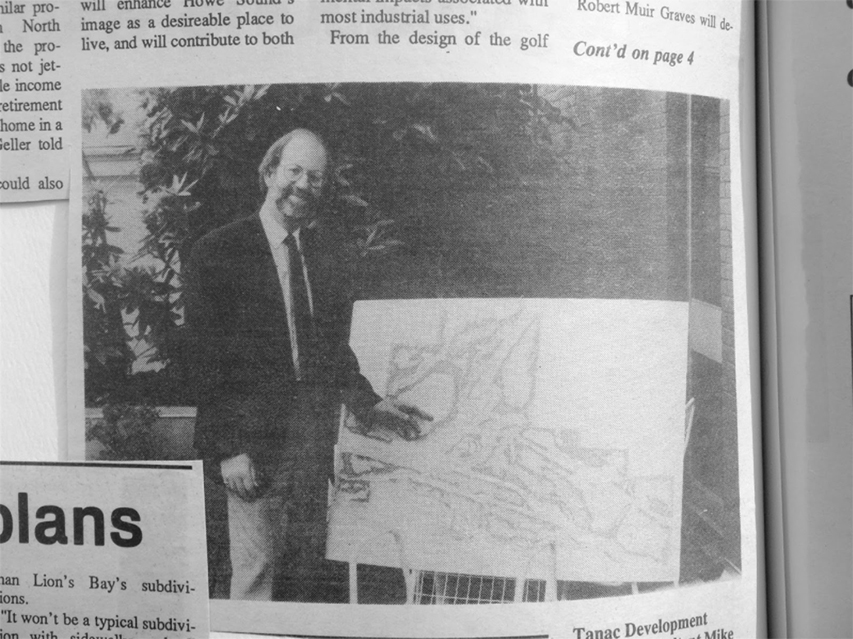 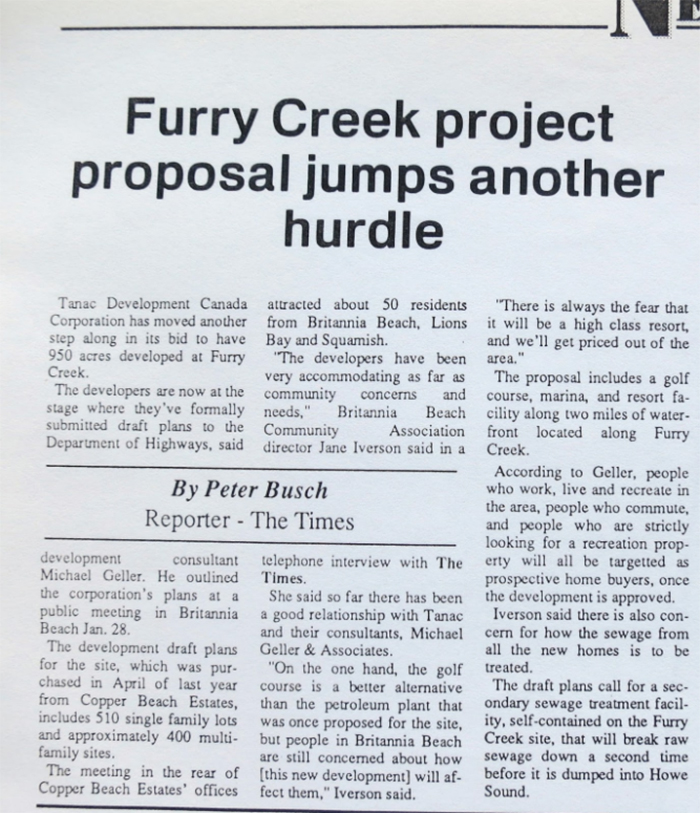 Based on our study, the company purchased the property and Tanac Canada was formed. For the next 4 months Kabel Atwall and I oversaw the planning with golf course architect Robert Muir Graves, Davidson Yuen/Michael Jordan, and others, and subsequently obtained approvals from the Ministry of Highways in 11 and 1/2 months. I remember the time frame very well since Tanac offered a significant bonus if we could get Preliminary Layout Approval in less than 12 months.

During the approval process I recall walking the site with Ichiro Sakakura, an official at Tanac when he saw something on the ground. "What's that Gellersan?" he asked. "It's bear shit" I replied. "Bears!, are there bears here?" he exclaimed. "Yes" I replied. "But don't worry. They don't like Japanese food." He didn't get the joke.

Working on the planning and approvals for Furry Creek was a gratifying process, but I recall not seeing eye to eye with Bill Kolker, one of the local directors and others, and I was soon dismissed.
Over the years, I watched with mixed emotions as Furry Creek progressed, but was never the complete resort-oriented community I had envisioned. 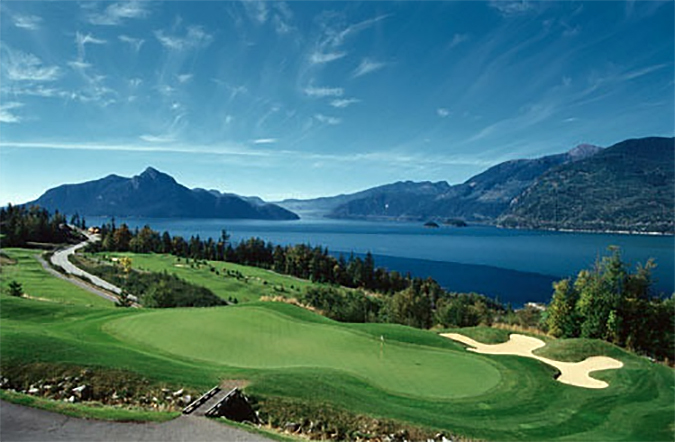 For a while, we did not receive our bonus, since I was told that Tanac had thought we had tricked them into thinking approvals would take longer than they did. But eventually Kabel Atwall and I did receive most of our bonus, but only after Bank of Tokyo put a new president in place at Tanac. I remember the day well, since I phoned Kabel and told him we were going to get our money.

"How can you be so sure?" he asked. "Because the new president isn't Japanese. He's half East-Indian, and half Jewish!" Others may remember Meyer Aaron who is now in Ottawa with the Bank of Canada. 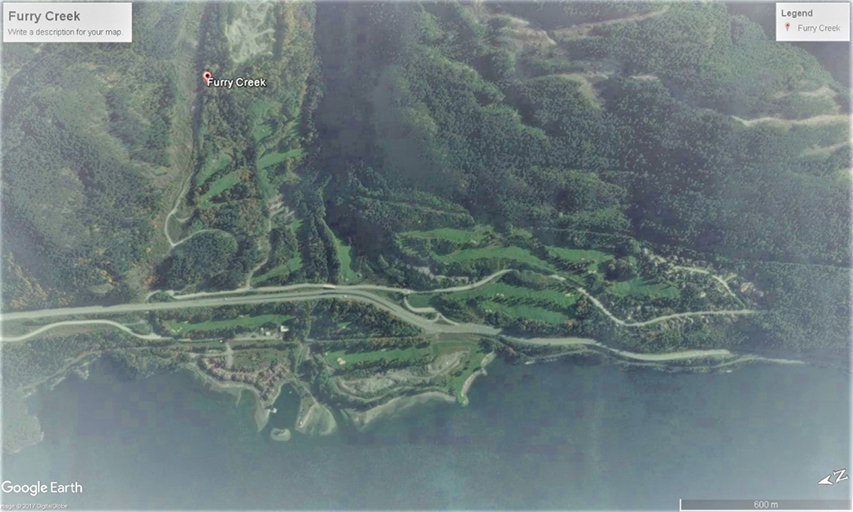 25 years later: So imagine my delight when David Eger of Altus Group sent me a note to see if I would be interested in meeting one of his clients who was considering the purchase of 175 acres at Furry Creek.

Over the next two months I assisted Fine Peace Holdings Canada Limited, a subsidiary of a Chinese company with considerable experience in the development of leisure-oriented towns, in assessing the feasibility of completing the waterfront portion of Furry Creek, and transforming the property with an upgraded golf course and clubhouse, and new boutique resort. 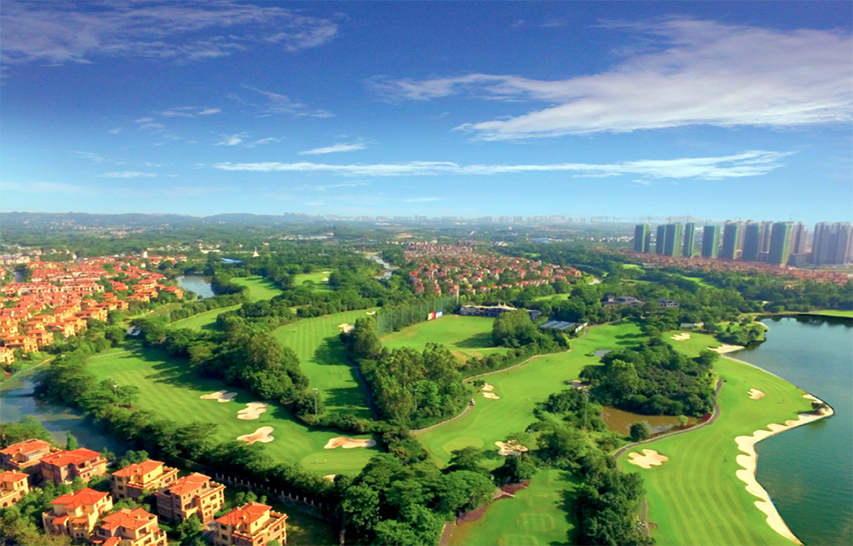 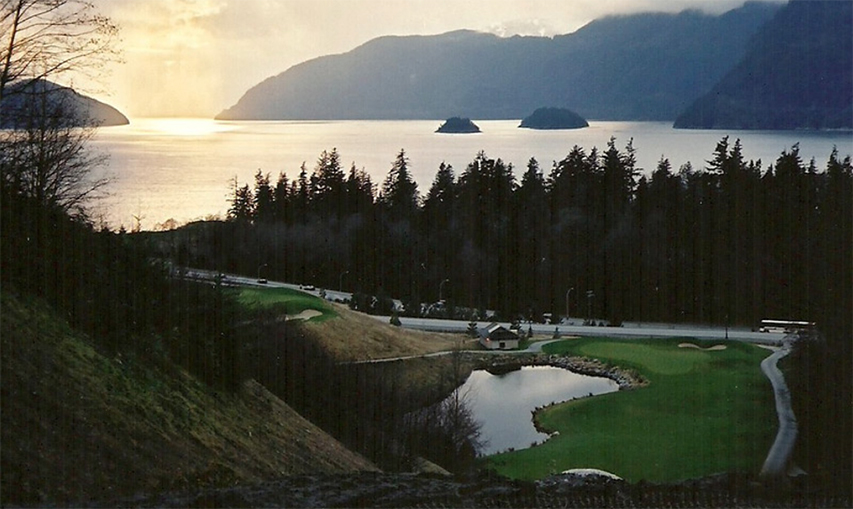 Initially The 10th Hole, This Is Now The First Hole. The Typical Golfer Loses At Least One Ball On This Starting Hole!

On October 10th the company purchased the property and we are now underway. Next week, I will once again meet with Directors of the Squamish Lillooet Regional District, this time with representatives of Fine Peace and our new consultant team, to begin discussions on the next phases of development. 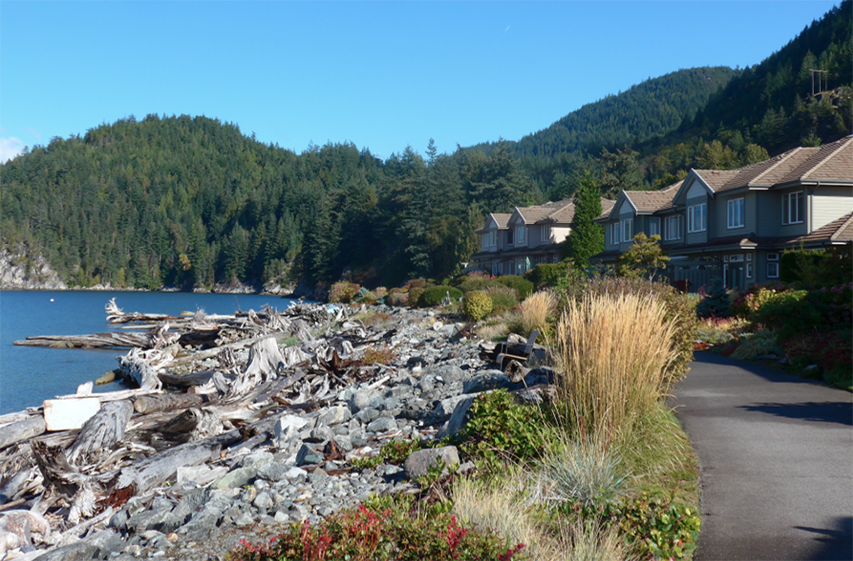 If You Haven't Been Up To Furry Creek, Oliver's Landing Is A Superb 56 Unit Waterfront Townhouse Development Originally Developed By United Properties. Units Sell In The $1.3 To $1.5 Million Range

It's not often one gets the opportunity to work on a project after 25 years, but I am looking forward to it. Already Fine Peace is planning significant improvements to the clubhouse and golf course, to make it more playable and friendly (after all, who enjoys hitting the middle of the fairway, only to find their ball has rolled into a ravine?)

I have recommended that everyone receives free golf balls when they check in, and a second discounted round of golf if playing for the first time, since too often I meet people who say they played the course once, but never returned! Those who do return enjoy it much more.

I have always hoped and believed that one day Furry Creek would become a premier, high-quality complete leisure-oriented community with neighbourhood shops, resort and variety of housing choices. This time it might really happen 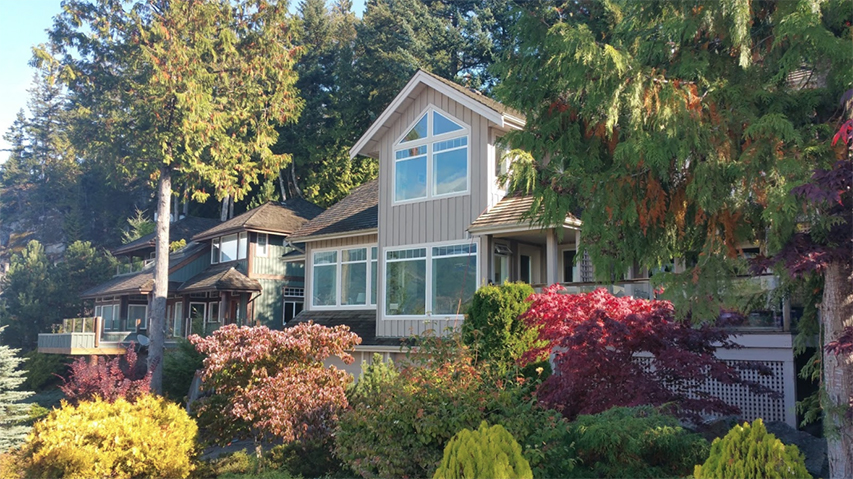 Some Of The 100 +/- Impressive Single Family Homes That Have Been Built On The Uplands Portion Of Furry Creek, On Lands Owned By Parklane Homes Who Acquired The Assets Of Tanac, Around The Golf Course 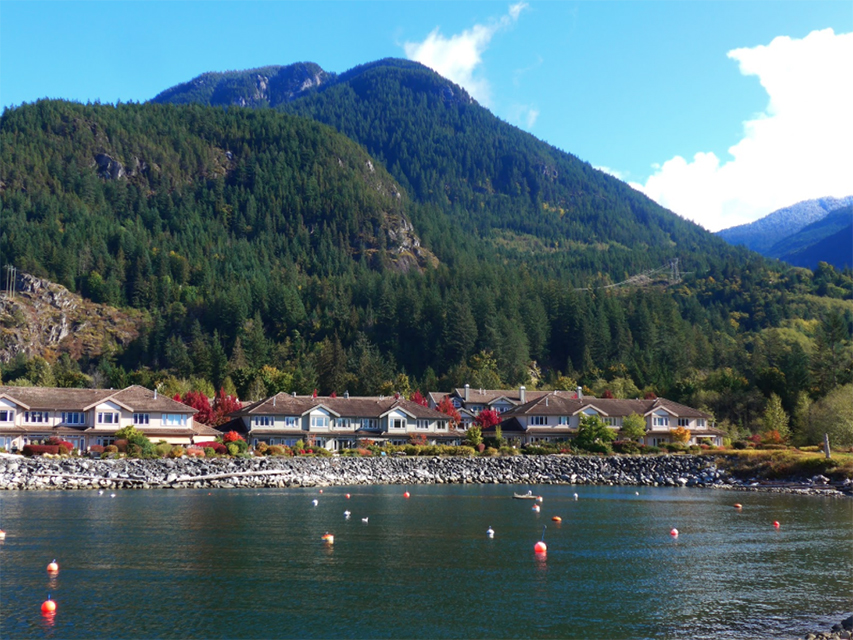 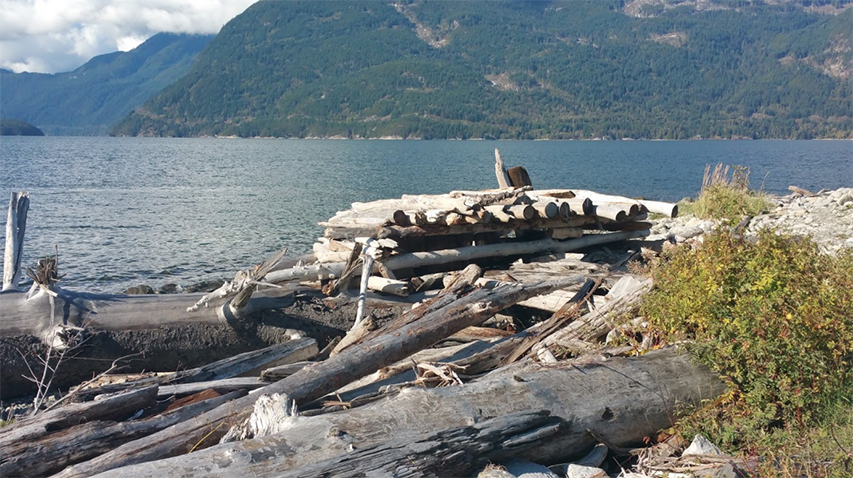