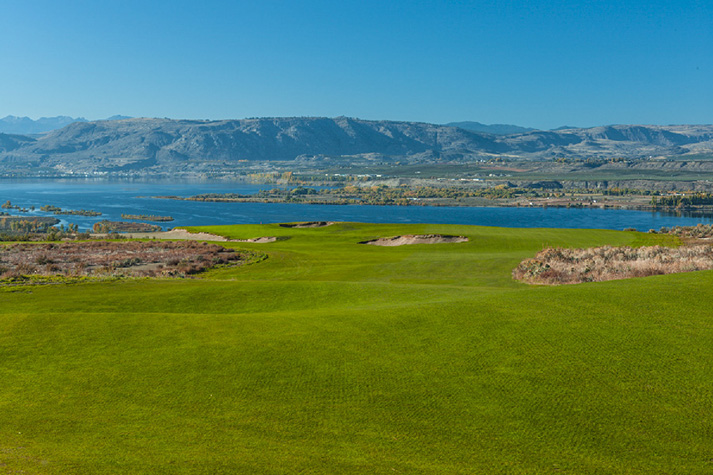 SEATTLE – Gamble Sands Golf Course ― the David McLay Kidd course that opened in 2014 in Brewster, 30 minutes north of Chelan ― has been ranked the state’s No. 1 public golf course for the first time by Cascade Golfer magazine, headlining the regional golf’s magazine’s bi-annual rankings of the Top-10 Public Golf Courses in Washington.

The result marks the first time since Cascade Golfer began publishing its official rankings of Washington's top public courses in 2013 that any course other than Chambers Bay, site of the 2015 U.S. Open, has finished in first place.

And it wasn't particularly close.

After finishing second to Chambers Bay in 2015, its first year on the ballot, Gamble Sands earned 40 first-place votes ― more than double the 17 of Chambers Bay, which had the second-highest total, and equal to the next four highest-rated courses combined.

Gamble Sands's total of 660 points in the final voting tally far outdistanced the 540 of Chambers Bay, earning the Central Washington gem its first-ever spot atop the Washington golf scene.

"Gamble Sands looks and plays like it's been there for 100 years. It's perfect," wrote voter Tanner Ketel, a Cascade Golfer reader. The voting panel consisted of local golf writers, photographers and media members, plus Cascade Golfer readers who voted via email, social media and online at CascadeGolfer.com.

"Gamble Sands is the very best golf experience I've ever had," added reader Evie Mulholland. "It's just what golf should be."

Designed by David McLay Kidd, the architect of the original course at Oregon's acclaimed Bandon Dunes Resort, Gamble Sands was named America's "Best New Course" by Golf Digest when it opened in 2014, and ranked 37th on Golf Digest's 2017 rankings of America's best public courses overall (a list which also included Chambers Bay, at No. 24). 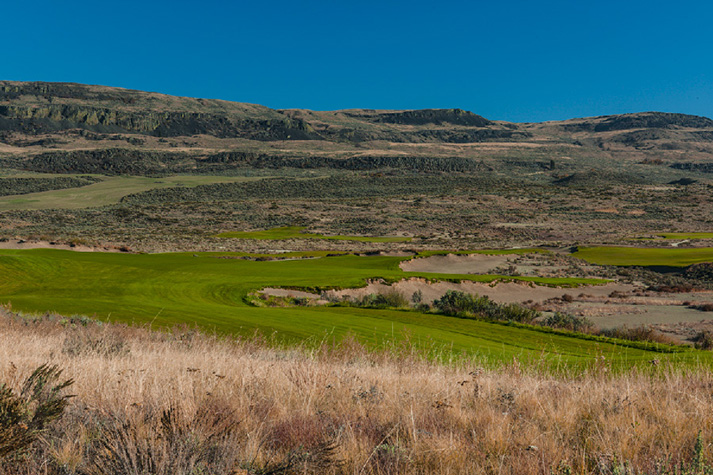 The full rankings are featured in the August 2017 issue of Cascade Golfer, which was mailed out to over 95,000 subscribers and Puetz Golf members this month. Additional copies of Cascade Golfer, the most widely-read golf magazine in the Puget Sound region, can be picked up at any Puetz Golf superstore, or at golf course pro shops throughout the state. The rankings are also published online at CascadeGolfer.com, including expanded rankings by region and by price point.

To compile its ranking of the Top-10 Public Golf Courses in Washington, Cascade Golfer editors polled a committee of 30 Northwest golfers, golf writers, photographers and other industry experts, as well as dozens of readers who voted online at CascadeGolfer.com, and via email and social media. The voting panel included both men and women, from all parts of the state, ranging in age from 25 to 71.

Each voter was asked to individually rank the 10 golf courses they felt represented the best in daily-fee golf the state of Washington has to offer, 1 through 10. Each individual’s votes were then assigned a score ― 10 points for a first-place vote, on down to one point for a 10th-place vote ― and the courses were ranked in order of their point totals.

“We opened up the voting panel this year to include actual readers, because we didn't want the list to reflect where our readers should be playing, but rather where they are playing," says Cascade Golfer editor Brian Beaky.

"The fact that so many courses were recognized demonstrates the incredible depth and versatility of the public golf scene here in Washington. Our readers are playing in all corners of the state, and wherever they go, there's a great track to be found."

Celebrating its 10th year in 2017, Cascade Golfer magazine is Western Washington’s leading golf publication, with over 95,000 readers in the Puget Sound area. Cascade Golfer is published four times annually, and is mailed free to members of the Puetz Golf Club and delivered to golf courses throughout the state.