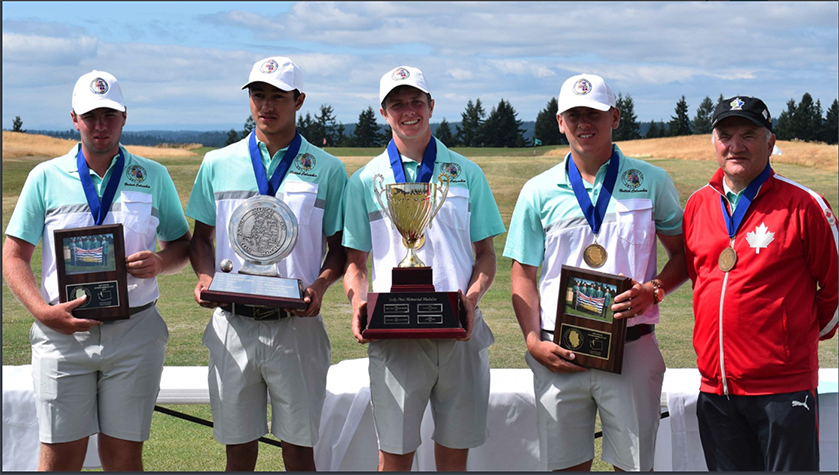 Team British Columbia won the 45th Annual Junior America’s Cup, which was held this week at The Home Course in DuPont, Wash.

British Columbia, represented by Tristan Mandur, Keaton Gudz, Nolan Thoroughgood and Callum Davison, shot a final round team score of 2-over par 218 to finish the championship at 3-under par overall as a team.

No other team finished under par as a team. Southern California finished in second place at even-par, and Team Utah rounded out the top-3 at 2-over par overall.

Similar to a collegiate event, the Junior America’s Cup features 18 teams of four boys representing their state, province or country. The competition is held over 54-holes with each team counting its best three scores each round.

Second round leader Nolan Thoroughgood of Victoria, B.C. continued his great play firing a final round of 2-under par 70 on the 7,220 yard layout.

Thoroughgood’s 3-day total of 8-under par 208 gave him a four shot victory for the individual title over second-place finisher William Mouw of Southern California.

The Washington Junior Golf Association served as the host association for this year’s event. The Home Course is cooperatively owned and operated by the Washington State and Pacific Northwest golf associations.

For a list of the players in the championship and final round scores, please visit www.junioramericascup.net. or CLICK HERE