The Future Is Now For Victoria's Thoroughgood In FL Pacific Championship 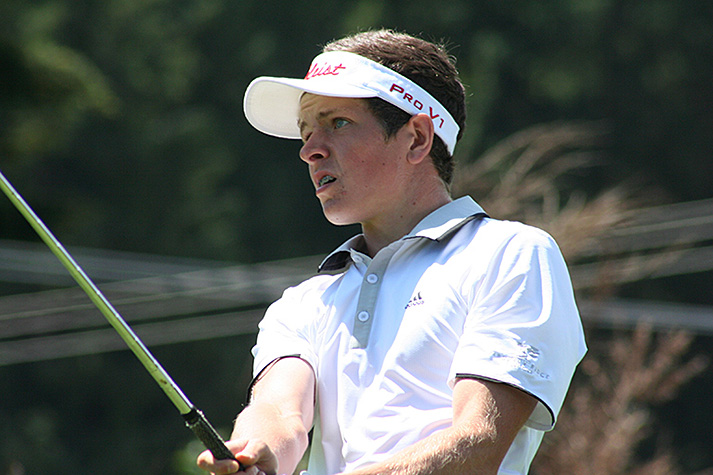 Nolan Thoroughgood feels like he has a score to settle with Chilliwack Golf Club.

Thoroughgood is the Victoria teen who made history when he won last July’s B.C. Amateur Championship at Pheasant Glen Golf Resort in Qualicum Beach as a 15-year-old. About a month later, he didn’t have the same kind of success at Chilliwack Golf Club during the B.C. Juvenile Boys Championship.

Thoroughgood didn’t play terribly -- he tied for sixth place -- but he learned what so many others have about Chilliwack Golf Club, which plays host to this weekend’s Future Links Pacific Championship: It’s tougher than it looks.

“I really like the course,” Thoroughgood said of Chilliwack. It’s a fun one, you can take advantage of it and go low and you can also get too aggressive and hurt yourself. . . I didn’t play awesome, I played alright.

Towards the last round I kind of made some irrational decisions. I was a little brain-fried at that point, I think. I didn’t have a very good last day which was unfortunate. But that’s all right, I am looking forward to getting some redemption on the course.”

Thoroughgood played in his first Future Links Pacific Championship last May, when the event was held at The Dunes in Kamloops. He tied for 24th place and called the tournament a learning experience.  “It was kind of my first introduction into some bigger tournaments,” Thoroughgood said. “I played all right. I shot seven-over, two-under, one-under.”

Three months later, Thoroughgood shocked everyone, including himself, by becoming the youngest winner in the 114-year history of the B.C. Amateur Championship. This week’s Future Links Pacific tourney will be the start of what figures to be a busy summer for Thoroughgood. He took some time off over the winter and played volleyball for his Royal Bay Secondary high school team.

But he has been playing lots of golf lately and by winning several Vikes Junior Tour events on Vancouver Island this spring has earned an exemption into the Bayview Place Cardtronics Open, the Mackenzie Tour-PGA Tour Canada event at Uplands Golf Club in Victoria next month.  “It is definitely a pretty cool opportunity the Vikes Tour presents us with,” Thoroughgood said. 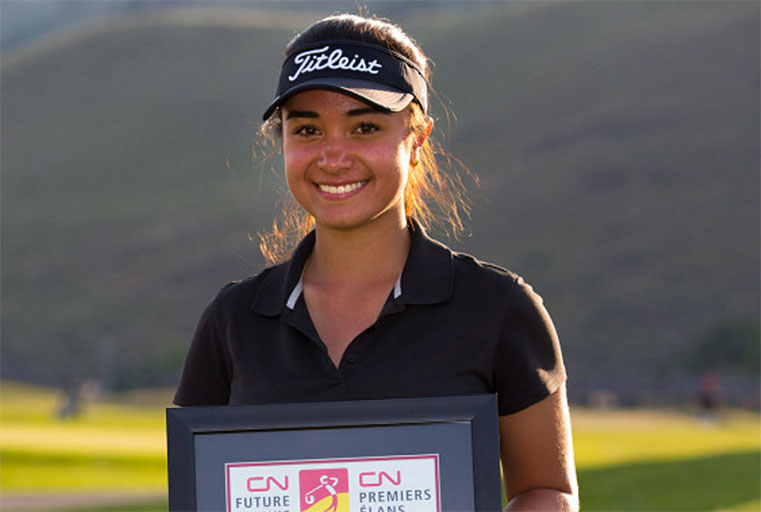 Right now, however, Thoroughgood is focused on a good showing this weekend in Chilliwack. “I definitely put a lot of significance on this one,” he said of the Future Links tourney. Stretched to the tips, Chilliwack plays about 6,535 yards, although Golf Canada has indicated it plans to set it up for the boys at about 6,200 yards.

And if that sounds easy, Chilliwack general manager Bryan Ewart had these cautionary words.  “We have heavily tree-lined fairways, with big Douglas Fir trees,” Ewart said. “If you miss the fairways here you are losing a stroke just to get the ball back into play. The course protects itself. We have been lucky and hosted pretty well every level of tournament here over the years and no one has come out here and destroyed the golf course.”

Mary Parsons of Delta will be back to defend the title she won last year at The Dunes. That championship kick-started a great summer for Parsons, who went on to win the B.C. Junior Girls title and finish second at the B.C. Women’s Amateur. Parsons was subsequently named to Canada’s Development Team.

She is off to Indiana University this fall on a golf scholarship.  “Winning the Future Links tournament last year was definitely a motivational boost for my season,” Parsons said. “It kind of just gave me peace of mind and helped me feel more relaxed and comfortable on the course. And that’s definitely going to be something I am going to try and have out there this weekend. I don’t want to put too much pressure on myself.”

Parsons, who is just completing Grade 12 at St. Thomas More Collegiate in Burnaby, got her first look at Chilliwack Golf Club during a practice round last weekend. “It is definitely a course where you have to stay in the fairway off the tee because it is tree-lined,” she said.   “But it’s definitely a gettable course where you can attack pins. I think there is going to be some low scores out there this weekend.”

CHIP SHOTS: The top six finishers in the boys and girls divisions earn exemptions into the 2017 Canadian Junior Boys and Girls Championships. . .LPGA winner Brooke Henderson won the Future Links Pacific event in 2013. . .Admission to the tournament is free.