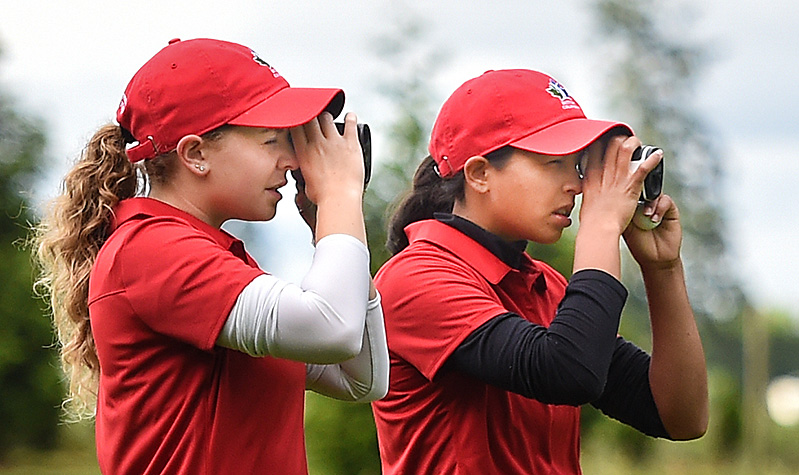 PONTE VEDRA BEACH, Fla. (March 28, 2017) – The PGA TOUR has announced that it will begin testing the use of distance measuring devices during competition at select tournaments this year on the Web.com Tour, Mackenzie Tour-PGA TOUR Canada and PGA TOUR Latinoamérica.

Each of the three Tours will allow use of the devices by players and caddies at four consecutive tournaments, including Monday qualifiers. For these events, the PGA TOUR will temporarily enact a Local Rule in accordance with Decision 14-3/0.5 of The R&A/USGA Rules of Golf, which stipulates the device can be used to measure distance only (use of functions to measure slope, elevation or wind will not be allowed).

The Web.com Tour tournaments are: the BMW Charity Pro Am presented by SYNNEX Corporation, May 15-21 in Greenville, S.C.; the Rex Hospital Open, May 29-June 4 in Raleigh, N.C.; the Rust-Oleum Championship, June 5-11 in Ivanhoe, Ill.; and the Air Capital Classic, June 12-18 in Wichita, Kan.

PGA TOUR Latinoamérica will do its testing at the last four tournaments of the schedule’s first segment: the Essential Costa Rica Classic, April 20-23; the Quito Open, June 1-4 in Ecuador; the Puerto Plata DR Open, June 8-11 in the Dominican Republic; and the Jamaica Classic, June 15-18.

“For years there has been significant discussion and debate about whether distance measuring devices would have a positive or negative impact on competition at the highest levels of professional golf,” said Andy Pazder, Chief Tournaments and Competitions Officer of the PGA TOUR.

“The only way we can accurately assess their impact is to conduct an actual test during official competition on one or more of our Tours. We look forward to seeing how these tests go and carefully evaluating the use of the devices over those weeks. Our evaluation will consider the impact on pace of play, optics and any other effects they might have on the competition."

Once the test and comprehensive evaluation is completed, the PGA TOUR will share the results with its Player Advisory Council on all of its Tours for additional review and discussion.

About PGA TOUR
The PGA TOUR is the leading global platform in professional golf, showcasing the highest expression of excellence, both on and off the course. The PGA TOUR’s mission is to entertain and inspire its fans, deliver substantial value to its partners, create outlets for volunteers to give back, generate significant charitable and economic impact in the communities in which it plays, grow and protect the game of golf and provide financial opportunities for TOUR players.

The PGA TOUR's web site is PGATOUR.COM, the No. 1 site in golf, and the organization is headquartered in Ponte Vedra Beach, Fla.