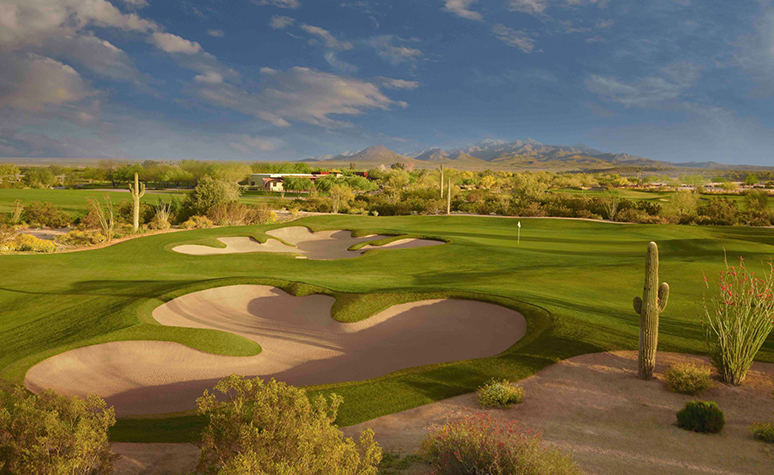 MESA, Ariz. -- We don’t have to tell you that it hasn’t been the most golf-friendly of winters in the Metro Vancouver area. While we west-coasters like to boast about playing year-round golf, it’s been tough to do that this year.

I recently fled south to the Arizona desert for a few rounds and Longbow Golf Club in Mesa was one of the highlights of my golf getaway. Longbow is located in north Mesa, an easy 20-minute drive from Phoenix’s Sky Harbor Airport. One of the many things to like about the course is that it has a real desert feel to it.

When you play Longbow there’s no mistaking that you are playing desert golf. Cactus line the fairways, not trees. And the fairways are framed by the desert. Visually, it’s a great-looking course.

And even though the fairways all border desert areas, Longbow is playable. The fairways are, for the most part, generous. You don’t stand on the tee thinking you have to thread the needle.

Longbow opened in 1997 and was redesigned in 2003, stretching the course from the back tees to just over 7,000 yards. The front tees are 5,200 yards and Longbow also has a set of family tees at 2,757 yards. There is extensive bunkering at Longbow and large greens that were in absolutely immaculate condition -- and fast -- the day we played it.

It shouldn’t come as a huge surprise that Vancouver pro Ryan Williams is a big fan of Longbow. After all, it was just last month when Williams, a past winner on the Mackenzie Tour-PGA Tour Canada circuit, shot an 11-under 60 en route to winning a DreamChasers Pro Tour event at Longbow.

“The greens were immaculate when we played the event there last month,” Williams says. “And the fairways were fast and firm.” Williams says with its large greens, some of which have considerable slope, Longbow is a second-shot course.

“You have to place the ball in the right spot on the greens,” he says. “Some of the bunkering can be quite penal. Some of the lips are quite high on those fairway bunkers, so if you get in there it can be hard to advance it all the way to the greens. Some of them are almost pitch-outs. “I think the course is quite fair off the tee. There is a lot of room to miss each way. And sometimes you can hit it in the desert out there and it is perfectly fine.” 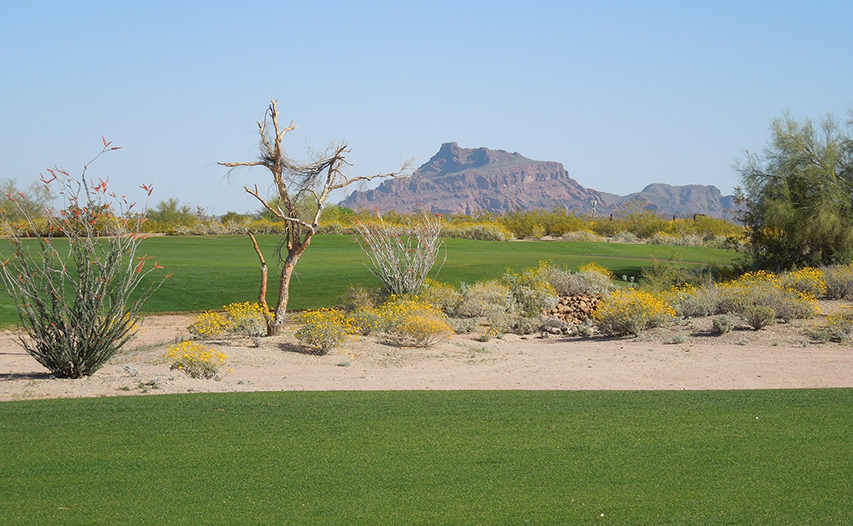 Williams isn’t the only Canadian pro to have played well at Longbow. Ontario’s Alena Sharp won a Symetra Tour event there in 2015. The Symetra Tour makes its fourth stop at Longbow March 30-April 1 for the Gateway Classic, where Kelowna natives Samantha Richdale and Megan Osland are expected be in the field.

Plenty of other Canadians -- of the non-pro variety -- play Longbow. David Bataller of OB Sports Golf Management, which runs Longbow and five other courses in the Phoenix area, says Longbow relies heavily on Canadians for a significant amount of its play.

“It is vitally important, it is dramatically important,” Bataller says of Longbow’s Canadian business. “Our neighbours to the north love their golf and at Longbow about 50 per cent of the play in season is from Canadians. It is a big deal. Longbow loves their Canadian friends and does everything it can to treat them like they are seasonal members.”

At this time of year Longbow and other courses in the Valley of the Sun are also getting lots of play from baseball fans who flock to the area for spring training.

Longbow had large banners hanging from its clubhouse wall welcoming fans of the Chicago Cubs and Oakland Athletics, the two teams that train in Mesa. “That is a huge part of our business,” Bataller says. “Both the Athletics’ stadium and the Cubs’ facility are less than a 15-minute drive from Longbow.”

One of the tricks to playing Longbow is not letting yourself be distracted by all the planes in the air while you play. On many days, you will be treated to a veritable airshow during your round. Falcon Field, home of the largest flight school in the United States, is right next door.

Vintage Second World War bombers offer tours out of the airport, so you will often see the old planes flying in formation and so close you might worry about nailing one with one of your tee shots. Boeing’s Mesa facility, which manufactures the Apache helicopters for the U.S. military, is also located adjacent to Longbow.

Green fees in peak season at Longbow run about $100. There’s good value to be found in the shoulder season, which begins in mid-April, when fees at Longbow drop to under $50.