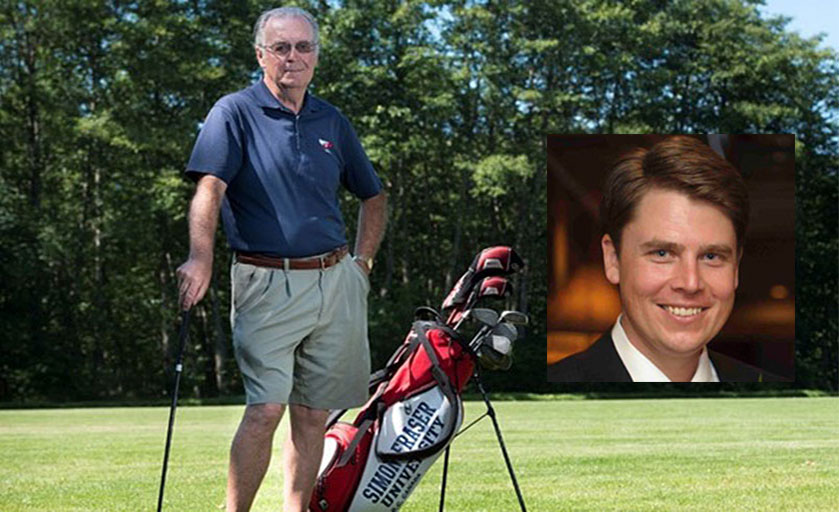 Buchanan, the legendary SFU Athletics Hall of Fame coach, who started the Clan men’s soccer and golf programs, has worked at the University for almost 50 years until recently.

“John has played such a pivotal role in the stewardship of our golf programs and has had a profound impact on so many student-athletes, but at this time in his life he needs to be surrounded by family and close friends,” said Hanson.

Steinbach has been an assistant coach at SFU, and for the past year, Buchanan has been mentoring him for this role. While obtaining his Bachelor of Arts Degree as a Communications Major (2006), Steinbach was a member of the Men's Varsity Golf Team at Simon Fraser University, during which time he won the 2005 Canadian Universities Championship.

“It is a distinct honour to have the opportunity to lead Canada’s NCAA men’s and women’s golf programs and I have the utmost confidence that I will validate the trust that John (Buchanan) and Theresa (Hanson) have placed in me,” said Steinbach. “We will carry on with the ideals John started and deliver a product that makes our students, alumni and university proud."

The golf programs concluded their fall schedules in October and will not return to the golf courses until the start of the spring season in February (men) and March (women).

Steinbach joins SFU from British Columbia Golf where he was manager of golf participation, responsible for managing 'grow the game' initiatives such as Future Links, Playground 2 Fairway (P2F), SOAR and Golf In Schools.

Steinbach has a strong background in the golf industry as a coach, instructor and manager and over eight years of sales and customer development experience in the consumer packaged goods industry. Prior to joining BC Golf in February 2015, Steinbach held the position of Customer Development Manager with the General Mills Canada Corporation.