Jessica Wallace Trading In Her Clubs For A Calculator 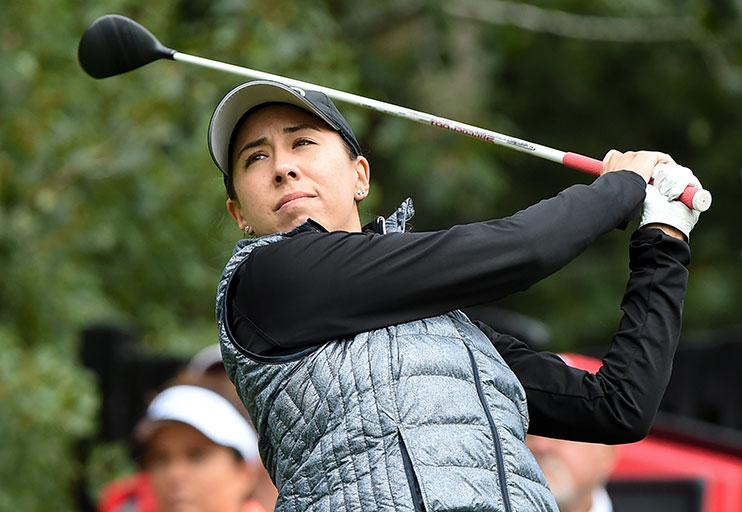 It was Jessica Wallace’s best year on the Symetra Tour and it will also be her last. Wallace, the two-time B.C. Junior Girls champion from Langley who has spent the past four and half years chasing her professional golfing dream, has decided to step away from the game she loves.

“It’s something that has been in the back of my mind for a couple of years,” says Wallace. “I have always been someone who has had a backup plan in my head even through I had my primary goal. I have always been thinking what would I like to do outside of golf.”

Wallace has decided to step away despite recently completing her best year on the Symetra Tour. She finished 19th on the 2016 money list and had four top-10 finishes. She was exempt to this week’s final stage of the LPGA Tour’s qualifying school in Florida, but decided to stay home.

She’s trading in her golf clubs for a calculator. A scholastic all-American who earned a degree while playing golf for the University of Colorado, the 25-year-old Wallace is aiming to become a certified public accountant.

This was not a snap decision. She has been weighing her career options for a couple of years now. “I almost went to law school last year but I was playing well so I kept going,” she says.

“And then this year I was maybe going to take a job in March or April but I finished second in the opening event so I had to play out the year because I needed to see where I could take myself.”

The decision to give up on her professional dream was not an easy one for Wallace. She has improved in each of the four years she spent on the Symetra Tour and still believes she has the game to play on the LPGA Tour.

But she also knows that making the LPGA Tour and playing well enough to succeed long term out there are two different matters. “My game has improved every year and I feel like the level I got to this year has been the best that I have brought thus far,” she says.

“For me, I was thinking more of a long-term type thing. Do I believe I am good enough to play on the LPGA Tour? Absolutely. I believe I could get there, I believe I could be a member of that tour. But the reality for women’s golf is if you are not top 50 on the money list on the LPGA year in and year out it is not necessarily something that is a feasible long-term thing if you want to have stability, save up for your retirement and stuff like that.” 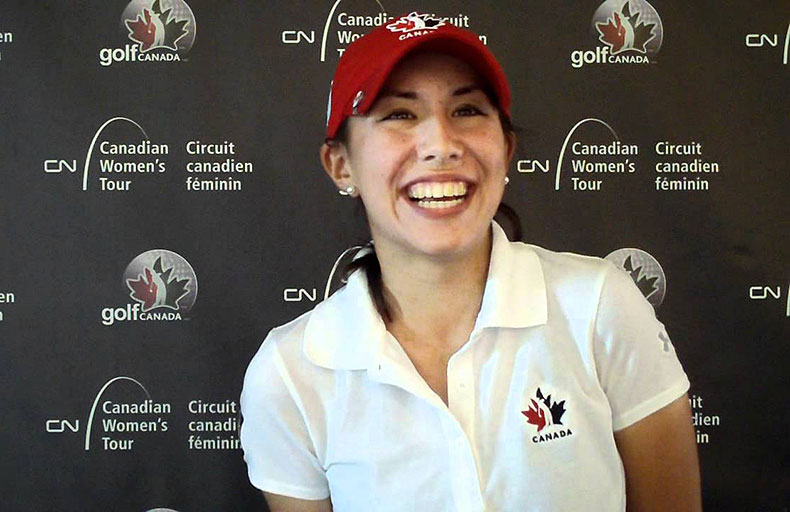 So Wallace made the same decision her older brother, Darren, did a couple of years ago when he hung up his clubs after struggling on the Mackenzie Tour-PGA Tour Canada circuit. Darren, who won the 2004 Canadian Amateur Championship as a 15-year-old and enjoyed a successful collegiate career at the University of Washington, is now working in the banking industry.

The circumstances of their departures are somewhat different, however. Darren was struggling with his game and had lost his status on the Mackenzie Tour when he left the game. Jessica was playing well. She finished third in the Symetra Tour’s second to last event of the year.

“I don’t feel disappointed or feel like I am being forced out of my sport,” she says. “It’s hard when you are in a situation and you play poorly and maybe you lose your card. But because I played well I feel like this is completely my choice. I feel a lot better about doing it that way.”

Wallace acknowledges there is lots she will miss about professional golf. For starters, she made countless friends along the way as she criss-crossed the United States in her trusty 1997 Toyota.

“There are so many players, volunteers and families I have met over the years,” she says “The competition is probably the thing I would miss the most because that is what wakes you up in the morning to play. When you stop playing professionally you are not going to find that competition that you used to have.

I will always have those relationships that I have built, because you keep in touch with people, but the competitive part -- the putt to win a tournament -- those are the things I have never been able to replicate outside a tournament.”

The money on the Symetra Tour is not big -- Wallace made about $42,000 US this year -- so players do their best to travel as cheaply as possible. Wallace often stayed with host families that opened up their homes to her during tournament week.

“There are families I have stayed with four years and even if a tournament isn’t playing there anymore and I am passing through I will stop in and say hi and visit them anyway. One of the really unique things of playing on the Symetra Tour is meeting those people.”

What she won’t miss nearly so much is the grind of professional golf and being away from home for months at a time. “The lifestyle is unique and it is fun, but it can also be very draining at times. I think it is one of those things that you will but won’t miss at the same time.

I am sure I will go back and forth on missing and not missing it in terms of packing up my life and not having a home for the summer or just constantly living out of a suitcase. There are 23 to 25 events a year. I was on the road from March ’til October and I enjoy home, I enjoy being back in B.C. That was something I always missed when I was gone.”

So Wallace is home and feeling good about her decision. What is surprising is that her Toyota, with nearly 300,000 kilometres on it, also made it home. “It’s really funny because occasionally at tournaments another player or caddie would come up to me and ask me how my car has been running or something like that,” she says with a laugh.

“I got it exported out of the U.S. and imported back into Canada and it passed all the tests coming back. It’s amazing it is still a functional car.”

While Wallace is saying goodbye to professional golf, she insists the game will remain a big part of her life. She has already played a couple of rounds with her parents since being back home.

“It is something I enjoy doing and I think there is something to be said about being able to go out and play and not have it matter whether I hit a shot exactly the way I want to. I am still competitive, but it will be easier to let go of those bad shots. And if it is raining or cold, I don’t have to go to the range right now.”