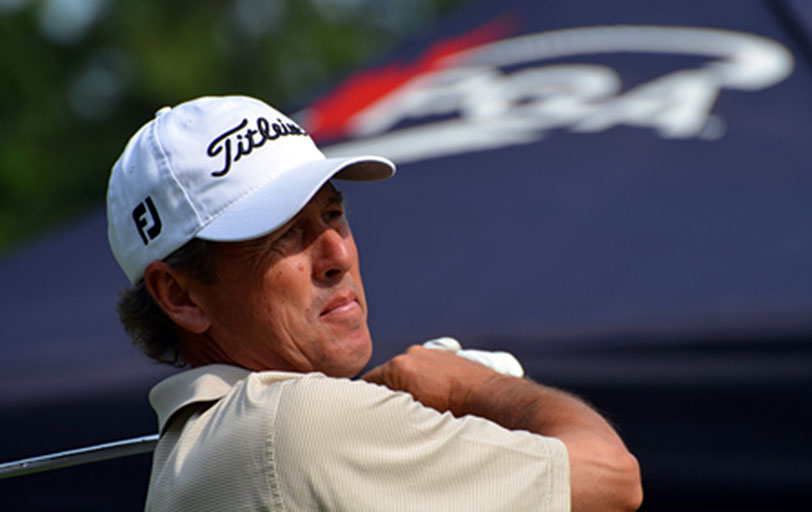 There’s nothing quite like putting your head down on your own pillow after a long day’s work, and that’s exactly what Jim Rutledge will get to experience next month when he competes in the PGA tour Champions Pacific Links Bear Mountain Championship.

The star studded tournament will run from September 23rd-25th at Victoria’s Bear Mountain Golf Resort. As a professional Rutledge has never left a stone unturned competing for many years on the Canadian, Web.com, Asian, European, and PGA TOUR. But he knows there is nothing like being back at home.

“It’s always a thrill, it's been many years since I played the BC Open there, and obviously a thrill especially amongst that calibre of players. You know you can drop these guys anywhere and they are going to shoot some good scores. It will be a great field, it's always nice to play at home, especially when you get to sleep in your own bed that’s for sure.”

Homecoming aside, Rutledge is really looking forward to the tournament. He’s had the opportunity to play the course a few times the last couple of weeks and says it’s playing in very good shape.

2016 hasn’t been the most kind to Rutledge, as he lost his tour status and has had to go through Monday qualifiers to play his way into tournaments, which he says are a tournament in themselves.

“I’m pretty exited to get a start, you know this year has been a little lean for me so to speak, I hadn’t got any tournaments, I had to Monday qualify because I lost my status. I still kept Top 30 from the Tour School which allowed me to go to the Mondays but those in themselves are a whole tournament.”

By grinding through some successful Monday qualifiers Rutledge feels very confident in his game for next months’ tournament in Victoria. He also feels the style of play in qualifiers has set him up well to have a good week at Bear Mountain.

“You’ve got to play very recklessly, you might say, to get in those because they’re only taking 4 or 5 spots when you have anywhere from 35-50 guys trying to qualify. So I was fortunate enough to play in the new tournament there in Madison Wisconsin and did alright, and then qualified for the Dicks Sporting Goods a couple weeks later. It’s momentum, as long as you can get in some tournaments and keep going then your game can hopefully only improve.”

Rutledge will be counting on his momentum to carry him through the battle tested field which includes hall of famers Sandy Lyle, Tom Kite, and Bernhard Langer, as well as Major Champions Ian Woosnam and John Daly.

CLICK HERE for more on the Pacific Links Championship at Bear Mountain.