Drought Is Over For Oregon As They Claim PNGA Cup 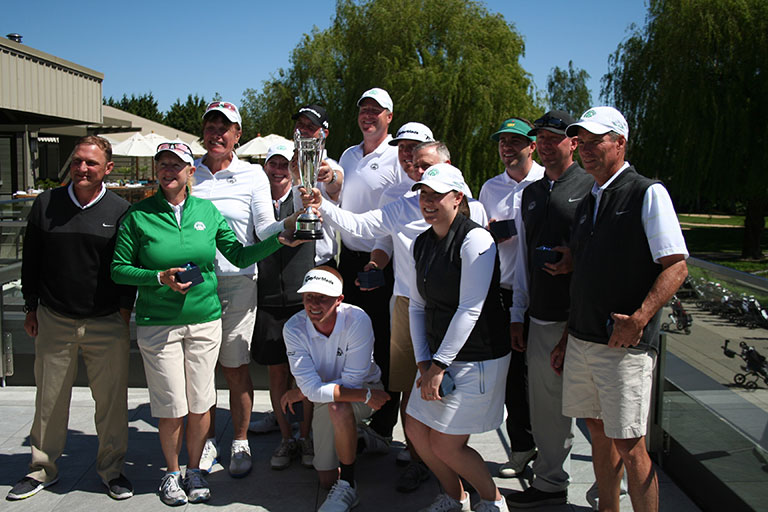 The PNGA Cup is headed back to Oregon, where it should feel right at home. After all, the Oregon Golf Association won five of the first seven PNGA Cup competitions, which began back in 2006. But after its win in 2012 the well went dry. Oregon had been blanked in the past three PNGA Cups. That changed Friday at Richmond Country Club when Oregon reclaimed the cup, beating Washington by a single point in the Ryder Cup-style team competition that also featured squads from British Columbia and Idaho.

Oregon held a one-point lead leading into Friday’s singles competition and hung onto it, thanks in no small part to the contributions of Kate Harper and Brie Stone. Harper and Stone played together on Thursday and swept their four-ball and foursomes matches. And on Friday, they both won their singles matches in convincing fashion.

Stone beat Abby Black of Idaho 4&2, while Harper defeated Kareen Markle of Idaho 5&3. Harper and Brie collected six of Oregon’s 14.5 points. Washington, which made things interesting by collecting seven singles points on Friday, finished second with 13.5. B.C. was third with 10.5 points, one more than Idaho.

“We played well together,” Stone said of her pairing with Harper. “We’re a good team, we had lots of fun, and it was nice for us both to win our singles matches today. You just kind of go out and take care of your own business and hope everybody else does the same,” added Harper. “It was a great golf course and the weather was good, although there was some wind.”

“They were huge,” Oregon captain Brent Whittaker said of Stone and Harper. “We always talk about if our women and senior men can play well, we’ll do well as a team. “We have had our chances the last couple of years, but it seems like we have always fallen short. So this is a sweet victory.”

Washington, which staged a spirited defence of its title won last year at Columbia Edgewater Country Club in Portland, was led by Bellingham’s Jake Koppenberg, who went 3-0 in his matches. It looked like British Columbia, which began the day two points back, might make a run when Kelowna’s Norm Bradley and Burnaby’s John Gallacher both won their early singles matches.

Gallacher registered a one-up win over Idaho’s Jay Sutton, while Bradley beat Oregon’s Dan Pickens 2&1. The victories were sweet as Gallacher and Bradley were teamed together on Thursday and lost both of their opening-day matches. “After not bringing in any points yesterday, we knew if we could both win we’d have two of a possible four points and we’d at least salvage something,” Bradley said.

He got off to a hot start on Friday when he birdied his first three holes to take control of his match with Darren Kuhn of Idaho. He eventually won 2&1. “I played reasonably well and helped the team out,” Doell said. “I was happy with the results. They were good.”

But Doell and so many of the other competitors noted the PNGA Cup is about more than winning. There is great camaraderie among the players, who enjoy the match play format. “There are a lot of familiar faces who we have battled with over the years,” said Doell, who has played in 10 of the 11 PNGA Cups. “And it’s nice to play match play, which we don’t see very often because most of the tournaments are stroke play.”

“We have made friendships with people from all of the other teams over the years,” added Stone of the winning Oregon squad. “It is a great time to get together. It is a lot of fun.” Even more when you win.