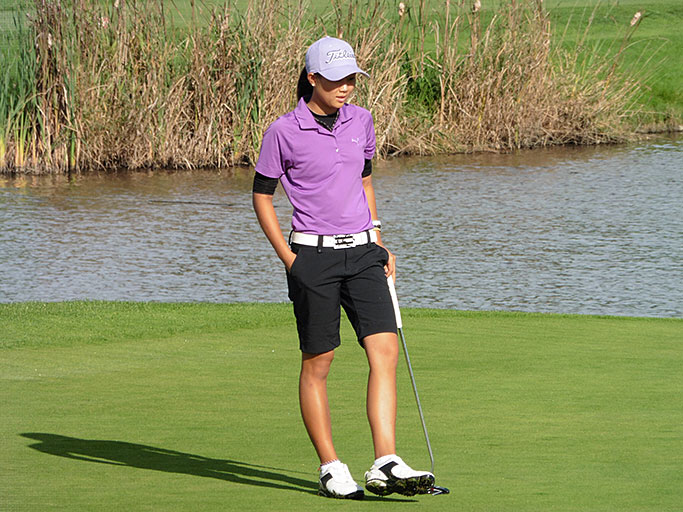 Parsons, 16, had opened with a 69 and a five-stroke lead over Lau, but a disastrous second-round 79 in wet, damp conditions had Parsons scrambling in her final round. Parsons, who attends St. Thomas More Collegiate in Burnaby, matched Lau’s final round 71 on Sunday, but that was still one stroke short.

Lau credited her strong start when reflecting upon the victory, “I had a pretty good start on the front nine, I was 2-under and I hadn’t made a bogey so I was cruising along pretty well, but the back was a little bit bumpier,” she said, “I had to start grinding pretty hard. Mary was putting up a really good fight and it’s not over until it’s over.”

In the Junior Boys championship, Alexander Smith of Calgary led wire-to-wire in the 54-hole event and held off British Columbia’s AJ Ewart and Logan Yanick for a two-stroke win.

Coquitlam’s Ewart had a rough start, with an opening round (+6) 78 before showing his mettle in the weekend rain, shooting 68 and 69 in the wet conditions.

Ewart was the only golfer to shoot in the 60s for both his weekend rounds, and that rocketed him up the leaderboard, as his (-1) total of 215 left him in a tie with Courtenay’s Logan Yanick, who had rounds of 75, 70 and 70.

Smith entered the final round with a five-shot lead and while Ewart and Yanick chipped away at that all day, the steady Calgary golfer never lost his lead and walked away with the title.

Another BC product, Victoria’s Keaton Gudz, finished T4 with a three-round score of 219, matching the score of hometown product Cory Selander.

As top-six finishers in this event, the five BC girls and three BC boys receive exemptions into the 2015 Canadian Junior Championships. The boys will play at Summerlea Golf and Country Club in Vaudreuil-Dorion, QUE. from August 2-6 while the girls will play in Yorkton, SK, from August 3-7 at Deer Park Golf Course.

In addition, Lau earned an exemption into a 2016 Canadian Women’s Tour event of her choice.