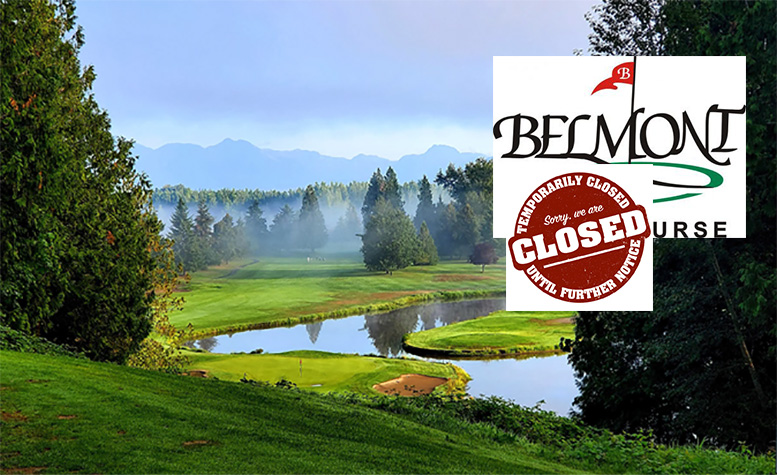 Tee times in Langley figure to be tough to come by the next few months as another area course is forced to close temporarily due to the TransMountain pipeline expansion project.

The West Coast Golf Group says Belmont Golf Course will close in mid-October and is not expected to re-open until sometime next summer. “Construction of the pipeline is scheduled to be complete by June 2023, with the course needing a period of recovery before re-opening,” WCGG said in a weekend message to its customers.

“We will advise everyone of our anticipated re-opening date as soon as we are able.”

Belmont’s Langley neighbour, Redwoods Golf Course, has been closed since April for pipeline work. Redwoods had hoped it might be able to re-open sometime this fall, but its website now says it will remain closed “through mid-2023.”

Two other Langley courses, Fort Langley Golf Course and Pagoda Ridge Golf Course, are not being impacted by the pipeline project. But Pagoda’s new owners, who plan to take the course private and rebrand it as Green Tee Country Club, have said they will temporarily close the course at some point as they make improvements to transition to a private facility.

Like Redwoods, Belmont plans to use the closure to carry our a number of course improvement projects. Belmont is the third Fraser Valley course to be impacted by the pipeline expansion project.

Ledgeview Golf Club in Abbotsford remained open but had to shorten and re-route its course during pipeline construction that was completed earlier this summer.

TOP 10 FOR TAYLOR: Abbotsford’s Nick Taylor birdied four of his final five holes and tied for sixth at the PGA TOUR’s season-opening Fortinet Championship in Napa, Calif. It is Taylor’s best finish since winning the 2020 AT&T Pebble Beach Pro-Am. Taylor closed with a four-under 68 to finish the event at 11-under par, five shots behind winner Max Homa.

Taylor earned $270,000. Surrey’s Adam Svensson also played well in Napa. Svensson tied for 12th at nine-under par and made $140,666. The PGA TOUR has this week off as the Presidents Cup is played at Quail Hollow Club in Charlotte, N.C.

The big winner in Kitchener was Edmonton’s Wil Bateman, who won the event and finished No. 1 on the points list to earn full status on next year’s Korn Ferry Tour. Bateman is the first Canadian to win the PGA Tour Canada points list since current PGA TOUR regular Mackenzie Hughes did it in 2013.

The two winners of the B.C. events on this season’s PGA Tour Canada schedule both finished inside the top five on the points list to earn Korn Ferry status. Scott Stevens, who won the season-opening Victoria event, finished fourth, while Noah Goodwin, who won the GolfBC Championship in Kelowna earlier this month, finished third.

FIRST STEP: One down, two to go. Vancouver’s Stuart Macdonald has taken the first step toward regaining his status on the Korn Ferry Tour. Macdonald successfully made his way through the first stage of the Korn Ferry Tour qualifying school at a site in Rockwall, Tex. Macdonald will play the second stage next month in the hope of advancing to the final stage, which goes Nov. 4-7 in Savannah, Ga. He is also scheduled to play the first stage of the DP World Tour Q-school Sept. 27-30 in Denmark.

TOUGH ENDING: A sensational season didn’t end quite the way Nanoose Bay’s Shelly Stouffer had hoped. Stouffer, who earlier this year won the B.C., Canadian and U.S. Senior Womens’ Championships, failed to advance to the match play portion of the U.S. Women’s Mid-Amateur Championship at Fiddlesticks Country Club in Fort Myers, Fla. Stouffer was caught on the bad side of the draw and played in some miserable weather. She finished 36 holes of stroke play at 13-over par and missed finishing inside the top 64 and advancing to match play by two shots.

HEAT IS ON: The UBC-Okanagan women’s golf team won the True North Classic tournament at Richmond Country Club. The Heat beat the host team from Simon Fraser University by 16 shots to win the team title. The UBC-Okanagan duo of Emily Cornwall and Khushi Hooda finished one-two in the individual competition.

FAST START: Coquitlam’s A.J. Ewart got his senior year at Barry University in south Florida off to a nice start with his 11th collegiate win. Ewart shots rounds of 66, 70 and 69 to finish the Griffin Invitational in Brooksville, Fla., at 11-under par. That was good for a five-shot win.

WHISTLER WIN: Coquitlam’s Michael Caan shot rounds of 69 and 65 and his eight-under total was good for a four-shot win at the Vancouver Golf Tour’s Whistler Open at Nicklaus North Golf Course. Caan earned $2,000 for the win. Lawren Rowe of Squamish, Ziggy Nathu of Richmond and Bryn Parry of North Vancouver tied for second at four-under and each took home $1,150.