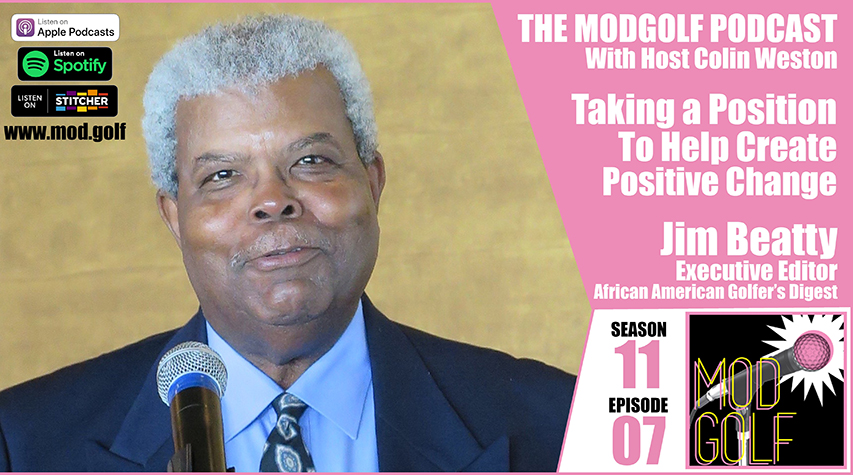 At The 2022 PGA Show in Orlando ModGolf Podcast creator Colin Weston had the opportunity to reconnect with Jim Beatty at The Diversity and Inclusion Forum, which he was co-hosting.

"I'm fueled by the fact that so many people came before me like Charlie Sifford, Lee Elder, Althea Gibson, Teddy Rhodes, Renée Powell. What they had to endure makes what I'm doing just not that hard. It's time consuming, true, but I have to take the next steps and recognize the great people. People that came before me - both black and white - that stood up, took a position, maintained it and created change."

Jim is also the founder and organizer of the African American Golf EXPO and Forum. This is a multi-day event held to promote the business and economic opportunities for African Americans in the $84 Billion Golf Industry. Learn more about Jim on his bio page.