Golf Carts Are Parked, Walking Is In and, Yes, It’s Exercise 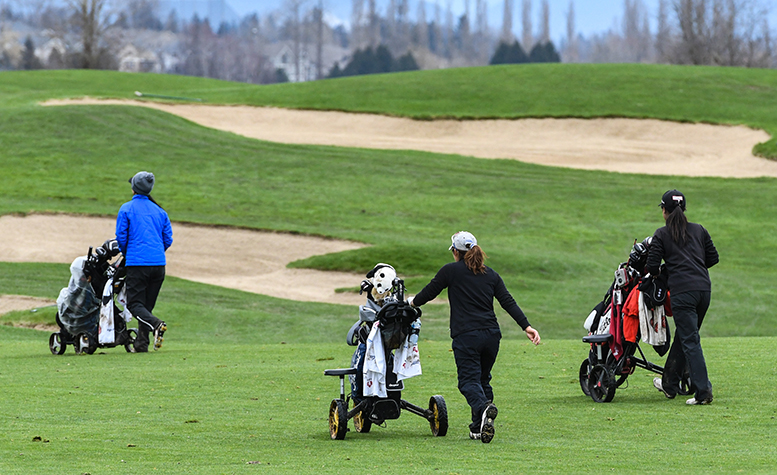 Motorized carts have ferried golfers from hole to hole for 50 years, but more players these days are walking their rounds, and some courses have shunned carts entirely - Image Credit Jurgen Kaminski

There is a new movement afoot in recreational golf: walking.

In swelling numbers nationwide, golfers are spurning the motorized golf cart — a standard-bearer of American golf rounds for more than 50 years — and instead choosing to stride or stroll from shot to shot.

It has contributed to a substantial rise in rounds played and spawned another novel phenomenon: The verifiable notion that golf, when a round is walked, is exercise that can supplement a fitness regimen since golfers routinely burn 700 calories or more in an outing that can traverse up to six miles.

Moreover, the walking boom, propelled by the advent of lightweight, trendy carry bags and technologically sophisticated pushcarts for golf bags, is being advanced by a legion of young and older players — with an increasing percentage of them women — who hark back to golf’s roots as a walk-only activity.