The Historic St. Eugene Mission Building Houses Both A Haunting Past And A Powerful Future

Located on 300 acres along the winding St. Mary River and nestled between Purcell and the Kootenay Rocky Mountains, St. Eugene Golf Resort and Casino is surrounded by stupendous vistas. The resort offers world-class golf, casino nightlife and is also close to the region’s national parks and ski areas.

However, the beautiful Spanish-colonial-styled resort hotel you see today sitting on the St. Eugene Mission property was not always the site of holiday visits, great rounds of golf and memorable weddings. The red brick building was once the St. Eugene Mission residential school for First Nations youth and has a powerful history that has undergone and is indeed, still experiencing…. an equally powerful evolution going forward.

The Ktunaxa (pronounced “k-too-nah-ha”) people have occupied the lands adjacent to the Kootenay and Columbia Rivers as well as the Arrow Lakes of British Columbia for more than 10,000 years. The traditional territory of the Ktunaxa Nation covers approximately 70,000 square kilometres within the Kootenay region of southeastern British Columbia and historically included parts of Alberta, Montana, Washington and Idaho.

The Ktunaxa Nation is comprised of members from seven Indian Bands located throughout the traditional Ktunaxa territory including the five located in the province, Wood Land People of St. Mary, Two Lakes People of Columbia Lake, People Where the Rock is Standing of Lower Kootenay, People of Flying Head Place of Tobacco Plains and, in the mid-1800s, the Kinbasket (a Shuswap family) were allowed to settle on the lands of the Upper Columbia Valley. There are also two Bands located in the United States at Bonners’ Ferry, Idaho and Elmo, Montana. 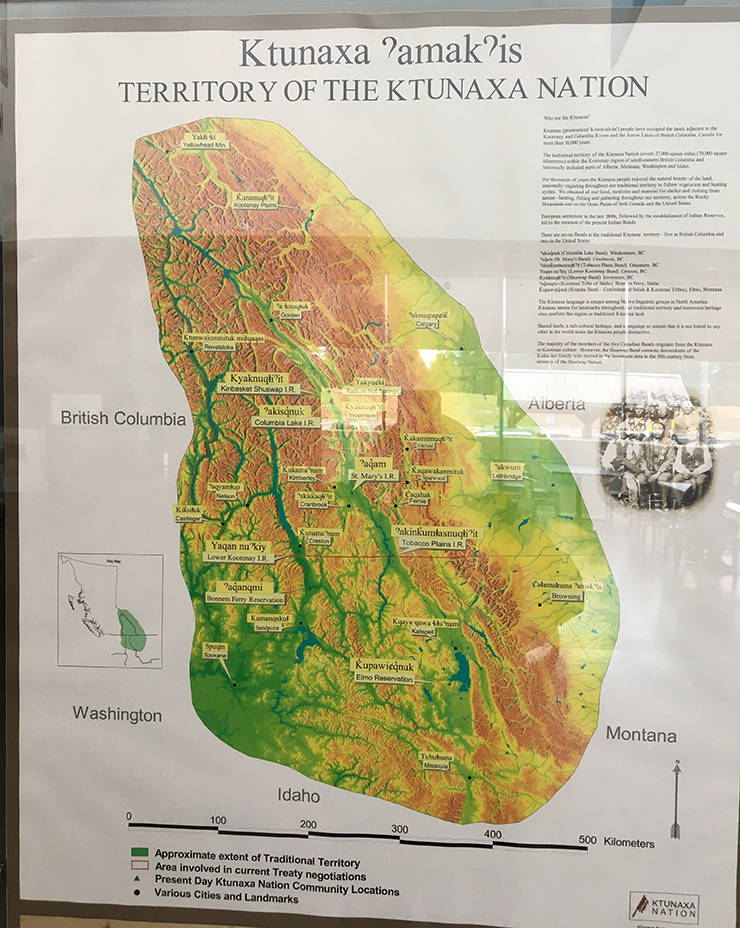 For thousands of years, the Ktunaxa people harvested the bounty of the land, migrating throughout the traditional territory to follow vegetation and hunting seasons gathering all of their food, medicine and material for shelter and clothing from nature – hunting, fishing and gathering across the Rocky Mountains and on the Great Plains of both Canada and the United States.

European settlement in the late 1800’s, followed by the establishment of Indian Reserves, led to the creation of the present Indian Bands under the draconian Indian Act. This federal government legislation controlled all aspects of Aboriginal life in Canada.

In 1910, the Canadian government funded and constructed the St. Eugene Mission school, then called the Kootenay Indian Residential School (and now the main part of the hotel complex). Under the direction of the then federal government’s assimilation policy, 5,000 children from the Okanagan, Shuswap and Blackfoot Nations in addition to the area’s Ktunaxa Nation received instruction at the Mission.

The Oblate Order founded the first mission near the site of the current mission in 1873. The first building initially served as a school, a residence and later as a hospital. Financing the new mission buildings was in part provided by the 1893 discovery of a rich ore body by Pierre, a Ktunaxa First Nations member.

He brought a sample of rich galena ore to Father Coccola, head of the St. Eugene Mission, and the two staked claims above the town of Moyie. Father Coccola sold the claim for $12,000 and constructed the St. Eugene Church which was prefabricated in Italy in 1897, and still graces the Mission area today. 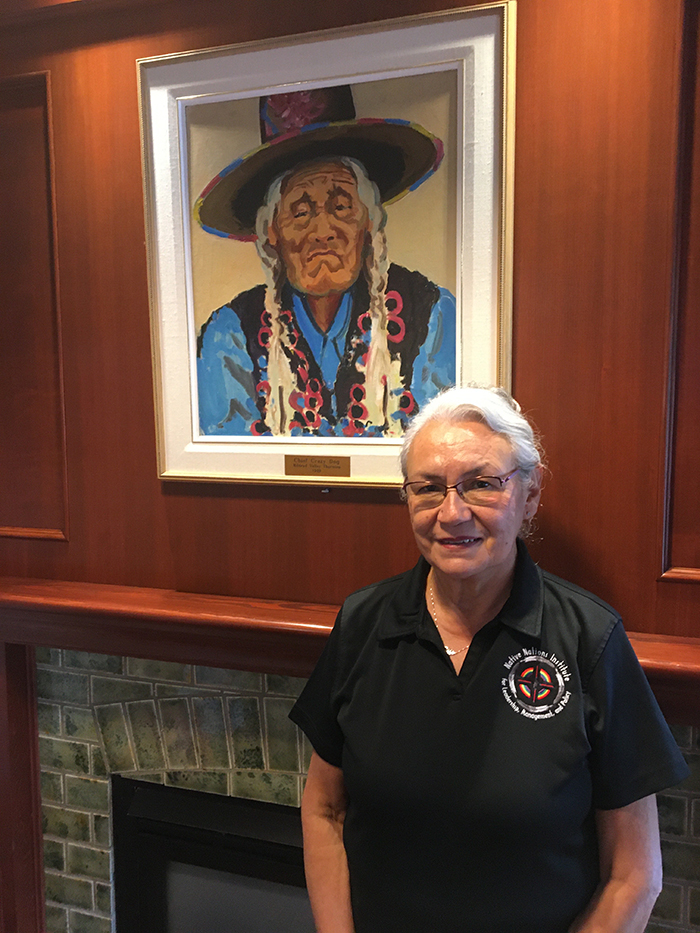 Chairman Of The Board And Former Chief Of The Area’s Ktunaxa Nation, Sophie Pierre

At the helm of the Resort today is Chairman of the Board and former Chief of the area’s Ktunaxa Nation, Sophie Pierre. Pierre started school as a student at the St. Eugene Mission Indian Residential School in 1956.

Like most Aboriginal children at the time, it was not Pierre’s parent’s choice to send her to a residential school. There was no option but to send Indigenous children to an Indian Residential school where they would be divested of their language and culture. Severe punishments could be meted out to the parents if they did not let priests and the RCMP forcibly take their children. It was no country club back then.

The Indian Residential School system separated children as young as four-years old away from their loving parents. The children experienced loneliness, physical abuse, sexual abuse, loss of culture and spirituality. This led to self-harm away from the schools. Parents became alcoholics. When the children returned home, they no longer had a close relationship with their parents.

Many of the horror stories that unfolded all across Canada were recorded by the Truth and Reconciliation Commission at hearings held around the country. The movie ‘Presentation of Red Brick School’ which runs for 28 minutes and can be viewed in the Ktunaxa Interpretive Centre,  is an emotional documentary of the personal stories of Ktunaxa students and their mistreatment in the form of physical trauma and mental abuse of children who were forced to leave their families and attend the church-run Residential School. 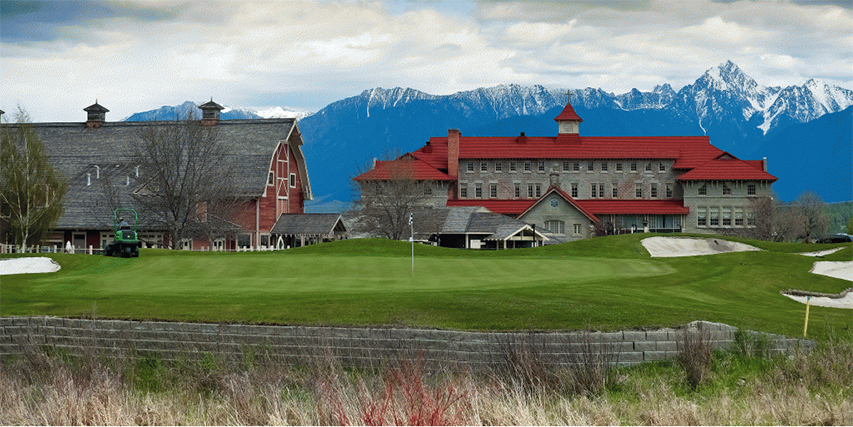 The school was closed in 1970 due to a change in government policy to encourage public education for Indian children. In 1973, the British Columbia government leased the Mission with the intent of turning it into a psychiatric care facility.

The building was stripped of historic fixtures and artifacts, and after spending $750,000 on renovations the project was abandoned. The following winter, the building suffered severe damage from broken water pipes causing internal flooding. The building remained empty for the next 20 years and was often the victim of vandalism.

For decades, the direction of former Chief Sophie Pierre provided a dedicated and driving force in reclaiming the Ktunaxa heritage. She was consistently inspired by Elder Mary Paul’s belief that, “You lose something only if you refuse to pick it up again.”

“Since it was within the St. Eugene Mission School that the culture of the Kootenay Indian was taken away, it should be within that building that it is returned,” said Elder Mary Paul in 1984. The saga of the mission-hotel began with a lengthy healing process, and an exorcism of spirits. Some believed the building held their future; others wanted to completely eradicate the building along with the bad memories.

The building of the Resort took ten incredibly difficult years. Many community members wanted to tear the Residential School building apart because of the harsh treatment and living conditions. Sophie Pierre said, “Consensus building began with family visits to the school, ‘kitchen table’ talks and two years of internal marketing to over 1,500 members of the five bands who share the 130 hectares of reserve land.”

Finally, a referendum was held, and all bands voted overwhelmingly in favour of restoration. Federal job development money allowed band members to learn valuable skills while they gutted and restored the school, stripping the interior back to its red brick walls. 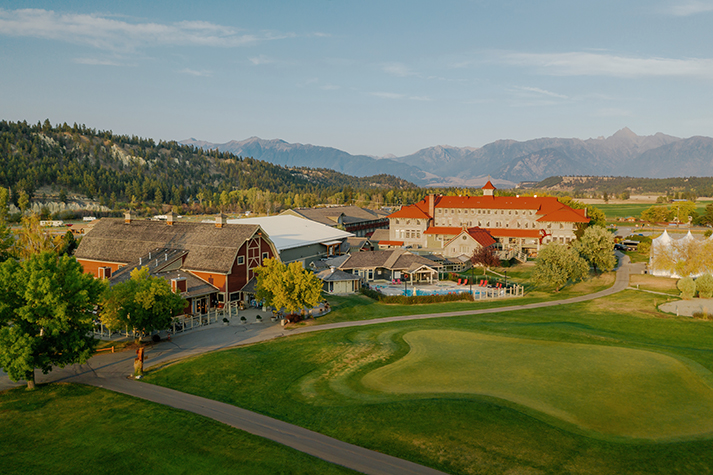 The bricks, fired in neighbouring Fernie and laboriously shipped upstream a century ago, are a major feature of the interior. But bricks and a great location weren’t going to be enough. It is, as Pierre said, “Figure out what makes you special; that’s what you sell. We’re selling an opportunity to understand our history, to know our people and to share our vision of turning a 60-year nightmare around. We’re creating new memories for our children.”

It will take time and great effort to recover their culture. The first Prime Minister of Canada believed they had to take the Indian out of the child and assimilate the children. Today this is called cultural genocide. It was an experiment that, in the end, failed. Today, Aboriginal people are reclaiming their traditional culture. Many people were adamant that their culture should not die. They held onto their culture by practicing it in secret.

While many still follow their traditional lifestyle, others have lost their culture and connection to their ancestors. Others still, walk in two worlds following their traditions while embracing modern ways of living.

Pierre advocated for the transformation of the building’s unfortunate history into a place of pride for the community. Ktunaxa leaders knew they had to get into economic development to get the funds to support their people and culture. The Ktunaxa Nation Council took over the former school and built a beautiful, successful resort. The Resort is now one of the economic ventures which will provide capitol and pride for the communities. 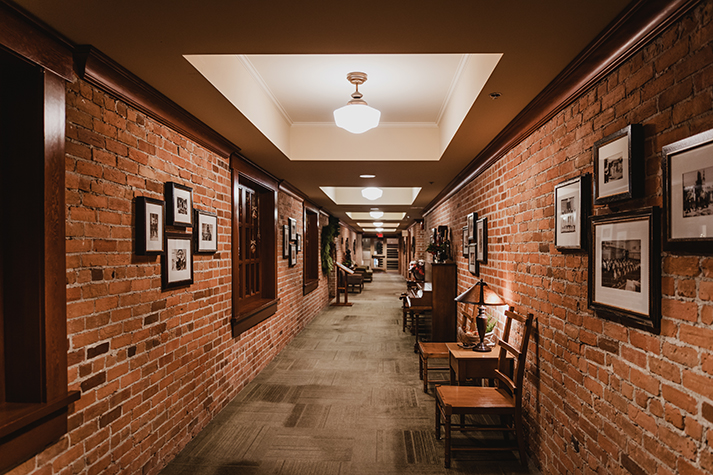 Guests are welcome to stop by to view the many historic artifacts, contemporary art, archival photographs and displays containing examples of traditional stone, bead, hide, wood and cloth work. Learn about the everyday life of the Ktunaxa, and discover the renowned horsemanship and canoe-making of their unique and resourceful people.

Of course, supporting the St. Eugene Mission Resort are now some of the finest amenities to be found anywhere in North America.

Featuring spectacular views of the St. Mary River and the august Fisher Peak, the St. Eugene Golf course opened in May 2000 and was rated one of the top three Best New Canadian Courses by Golf Digest in 2001. Designed by acclaimed architect Les Furber, it is indeed a masterpiece in an incredible setting.

“This large property contained many different environments,” said Furber, “allowing a freedom of style which is unusual in a single 18-hole layout.” As was with the intention of naming all 18 holes in the traditional Ktunaxa language, pride of ownership can be felt from every tee box. Following a game of golf, you can take your chances at a table game or slot machine in the Casino of the Rockies.

The Casino of the Rockies, which opened in September 2002, was followed by the St. Eugene Hotel in January 2003. The Resort now offers three onsite restaurants with local Indigenous-inspired fare in the main dining room & lounge, NUMA, two pub-style restaurants and a fully equipped fitness facility.

The covid pandemic in part of 2019 and most of 2020 greatly affected attendance and income for the Resort. As of July, 2021 things started to improve. Pierre said that similar to other service and tourism industries it has been a challenge to re-staff the resort. She noted that one of her staff has worked for the resort for 20 years cleaning the hotel rooms. Such dedication to the Resort business is greatly appreciated.

Today, St. Eugene’s employs approximately 250 people and has become an entertainment destination. The owners and associates at St. Eugene Golf Resort & Casino are proudly dedicated to sharing First Nations culture as well as the history of this beautiful Resort.

Latash is a culturally immersed member of the Squamish Nation from Vancouver BC. He has over 25 years of experience working with young people and adults on art, history and cultural projects in the Coquitlam, North Vancouver and Burnaby School Districts. During this time Latash was a Cultural Support Worker and Education mentor. He took an early retirement in 2016 from the North Vancouver School District where he taught Coast Salish art and Culture. He also taught classes on First Nations history in the context of Canada. Latash enjoys working in collaboration with educators and students. He also produces commissioned art for corporations and private collectors. Prior to teaching, Latash worked in public relations and journalism.