Sagebrush Gets A New Lease On life

The new owners of Sagebrush, the highly acclaimed golf course near Merritt that has been closed since 2014, plan to re-open the facility this summer. July 1st has been set as the proposed opening date for the course.

A small group headed by Langley real estate developer Andrew Knott now own the long-term lease on the property, which sits above Nicola Lake. Knott and his partners had supplied former owner Mark Chandler with a private mortgage that Chandler used to buy Sagebrush in 2015.

Chandler ran into legal troubles and was recently sentenced to six years in prison in a Los Angeles courtroom after being convicted on a charge of wire fraud. When Chandler stopped making his mortgage payments, Knott and his parters took control of the property.

Former superintendent Neil Pilon has been brought back to try and restore the golf course, which has been neglected in recent years. Many of Sagebrush’s assets, including maintenance equipment and power carts, were seized when Chandler stopped making payments.

New money is now being invested into the course and the hope is to have it ready for play by July 1. Pilon and his crew did considerable work on the course last fall and once the winter snowfall clears will be hard at it preparing for the July 1st re-opening. 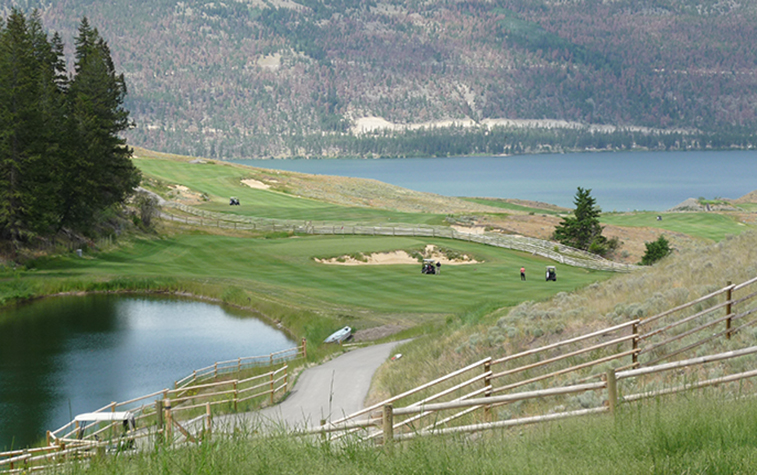 “Last year we spent over $1 million just on reviving the course,” Knott said in an interview. “This year we are going to spend $3 million just on the course and clubhouse and The Hideout up top. We are spending big bucks. We don’t owe any money on the course, we are financially sound and are actually going to try and give it a go.

“I hope everyone will give us a fair shake. I know there is a lot of bad history, but we are going to try and make it work.”

Knott, who acknowledges he does not know much about the golf business, said he is close to hiring someone to manage the golf side of the operation. One of the keys to making the project work will be selling the 37 residential acreage lots that are part of the Sagebrush property. Golf is booming right now and so is real estate in B.C. That could be a good omen for Sagebrush’s future, just when it looked like there might not be one. 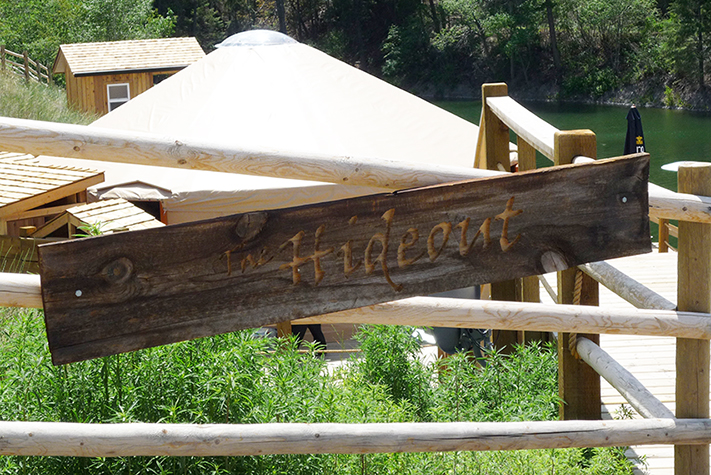 Knott acknowledged that selling those lots, which range in size from one acre to five acres, will be a priority. Sagebrush founder, former PGA TOUR winner Richard Zokol, hopes the new owners can make the kind of investment necessary to make the project work.

“I absolutely care very much about Sagebrush,” Zokol said over the phone from Predator Ridge Golf Resort in Vernon, where he is a golf and real estate specialist. “I consider it my child as I founded it and am a co-designer of it, along with Rod Whitman and Armen Suny. It has been in a sad state of affairs for the past few years.

“The bones of Sagebrush are quite remarkable as it was the first minimalist golf course in Canada before Cabot Links and Cabot Cliffs. I think there is a wonderful opportunity for Sagebrush if the business plan is specific and correct.”

Sagebrush opened in 2009 under Zokol’s stewardship and garnered rave reviews. ScoreGolf magazine had Sagebrush ranked 10th on its 2014 list of top Canadian courses. But the course ran into money troubles and ended up in receivership. Court documents indicated it was losing $125,000 a month.