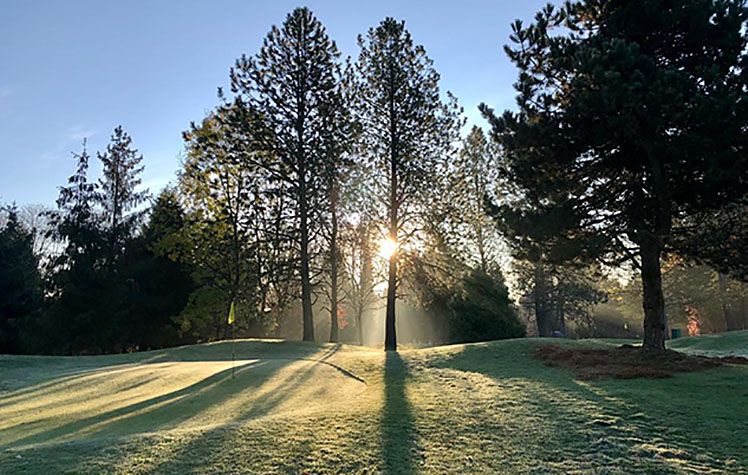 Not surprisingly, 2020 was a very good year for the City of Vancouver’s three golf courses. And 2021 figures to be even better.

But those 2020 numbers are impressive when you consider the three courses were closed for nearly two months last spring due to COVID-19 and then operated for much of the year with much longer tee-time intervals due to COVID safety protocols.

When the courses re-opened last May tee-time intervals were 15 minutes. They moved to 12 minutes, then 10 and are now finally down to the regular nine-minute intervals.

The fourth-quarter numbers from 2020 clearly show how busy the courses were. Rounds were up 38 per cent over the fourth quarter of 2019 and the highest since 2013. All signs indicate 2021 will be a record year. A total of 10,760 rounds were played in January, about triple the normal number.

“There is no sign of it easing up at all,” says Jeff MacLean, supervisor of golf operations. “We are on track to have our best season by far (in 2021). We are excited about it.”

It should be noted that Vancouver Parks Golf operations are fully sustainable. They cover all of their operating expenses and turn over a significant chunk of their profits to help fund other parks and recreation programs in the city.

TEE IT FORWARD: The construction of new forward tees at Langara and Fraserview have been completed and work is now beginning to install new forward tees at McCleery. The work is part of Vancouver Parks Golf’s Tee it Forward initiative to help encourage players to play from a set of tees best suited to their ability.

Vancouver Parks Golf is also making some changes to its loyalty rewards program. The program allows players to collect points toward free golf every time they play. Registration is free. For 2021, players reaching the bronze level after 10 rounds get 50 per cent off their 11th round. Silver members get their 16th round at a 75 per cent discount after playing 15 rounds.

DAY AT THE BEACH: Abbotsford’s Nick Taylor closed his title defence at the AT&T Pebble Beach Pro-Am with an even-par 72 and finished tied for 39th at four-under par. That was 14 shots behind winner Daniel Berger.

Taylor earned $30,030.Taylor and fellow Abbotsford native Adam Hadwin are both in the field for this week’s Genesis Invitational at Riviera Country Club in Pacific Palisades, Calif. Hadwin has not missed the cut in six appearances at Riviera. His best finish came in 2018 when he tied for sixth.

Taylor has made four of six cuts at the course they call Hogan’s Alley. His best finish was a tie for 26th in 2016.

KFT TIME: The Korn Ferry Tour emerges from a four-month hibernation and plays its first event of 2021 this week at the LECOM Suncoast Classic in Lakeland, Fla. After several of its 2020 events were cancelled because of COVID-19, the Korn Ferry Tour decided to merge its 2020 and 2021 seasons.

That means Surrey’s Adam Svensson begins 2021 in 40th spot on the tour’s points list. He’ll be attempting to climb into the top 25 by season’s end to earn a second crack at the PGA TOUR. Vancouver’s Stuart Macdonald is in 125th place on the points list. His most pressing goal is to move inside the top 75, which would secure him a spot in the KFT playoffs as well as earn him exempt status for 2022.

Svensson is in the field this week. Macdonald did not draw in but expects to get into the next event, the Chitimacha Louisiana Open, which goes March 18-21.

CUP CANCELED: The 2021 PNGA Lamey Cup, which was scheduled for May 5-7 at Rivershore Golf Links in Kamloops, has been cancelled. The annual Ryder-Cup style competition features teams from the British Columbia, Washington, Idaho and Oregon golf associations. With the uncertainty of the border closure, a unanimous decision was made in a conference call to cancel this year’s event.

The event was also cancelled last year due to COVID-19. An announcement regarding the location of the 2022 event will be made at a later date.

JAIL TIME: Condo developer Mark Chandler, the former owner of Sagebrush Golf Club near Merritt, has been sentenced to six years in a U.S. jail for real estate fraud. Sagebrush, which has been closed since 2014, is now controlled by the private lender who financed Chandler’s purchase of the property.

NEW PRESIDENT: Adam Blair has been named the 41st president of the PGA of British Columbia. Blair, the general manager and executive professional of Quaaout Lodge at Talking Rock Golf Resort in Chase, had served the past four years as vice-president of the association.