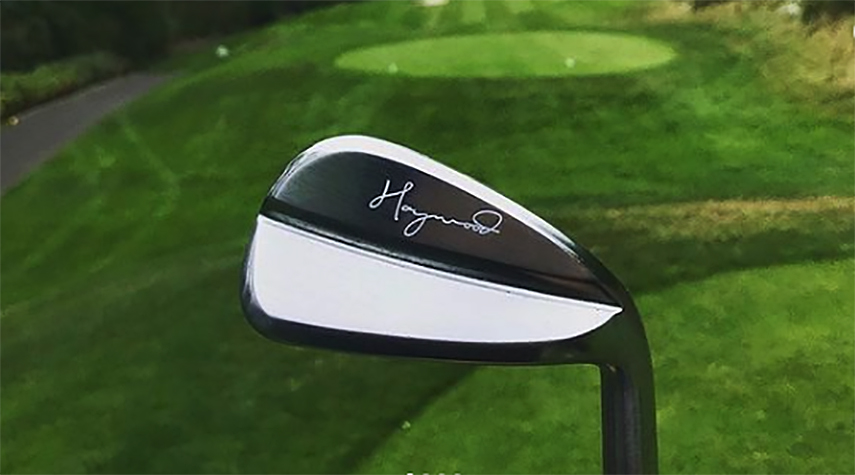 When competing with industry heavyweights like Taylor Made, Titleist, Ping and Callaway, it’s important to have something that sets you apart.

For Haywood Golf, a Vancouver-based direct-to-consumer equipment company, that would be price. “The way we describe our clubs is 'we’re not cheaper, we are just more affordable,'” says company founder Joshua Haywood.

Not even three years old, Haywood Golf is turning some heads in what is an ultra-competitive business. Golfers like the sleek, simple look of Haywood’s irons and they love the price.

Haywood’s Signature Irons start at $799 for a 4-iron through pitching wedge set. That’s significantly less than what the industry’s big boys are now commanding for a set of their irons.

“Our product quality is the same,” Joshua Haywood says. “We test our clubs against others and they perform just as well. They are just more affordable and that allows people to spend more money at the golf course via rounds, it allows them to spend more money at a local business like a bar, pub or restaurant. The more money spent on equipment, for the average person, that means the less money you have to spend elsewhere. . .price is a huge differentiating factor for us.”

It was what he viewed as the exorbitant cost of clubs that got Haywood thinking about getting into the business. He recalls visiting Golf Town a few years ago to look at some wedges.

“It kind of led me down the path of research, trying to find what it took to make and manufacture a golf club, everything from the design aspect to the factories to actually implementing the whole process and having a finished product. I would say overall it was about a seven- or eight-month process before we actually launched the business in June of 2018 and it was like a shot in the dark.” 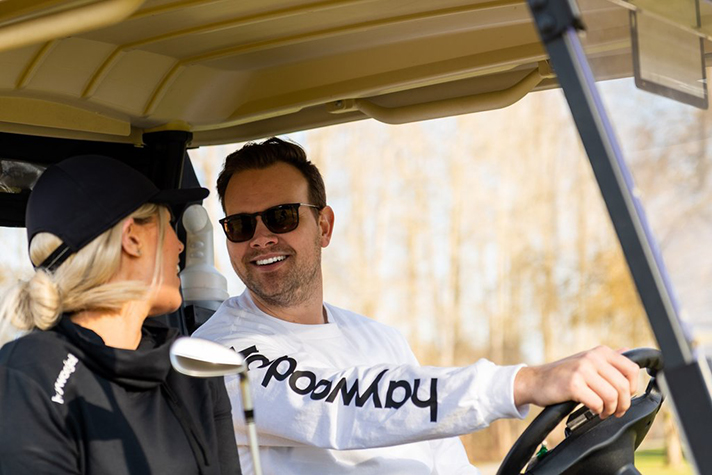 One that seems to be paying off for Haywood and his partner, fiancée Haley Lloyd. The COVID-19 pandemic hasn’t just been good for golf in terms of rounds played, it has also been something of a boon to the golf equipment business.

Haywood’s sales keep growing and the company sells its product all over the world. About 35 per cent of Haywood’s sales are to Canadian customers. “I don’t ever discuss sales numbers, but I will say that we’re well ahead of anything we were expecting,” Haywood says.

“Every month since last March we have pretty much grown. November was a massive month and then December, because of Christmas, beat out November. We have been very fortunate overall to have the level of support we have had from the golf community in general across the world.”

Haywood acknowledges that the growth trajectory of his company has taken him a bit by surprise. “Obviously I had a plan when I started the business,” he says. “I wasn’t going to throw my money into something where it wasn’t planned, but at the same time I didn’t really have any expectations because I knew how competitive the industry was, I knew what we were doing was different than the majority of product and brands out there.

“So it was more like I am passionate about this, it’s something I want to do, hopefully we can make a difference and grow the game of golf and get more people into the sport. . .I definitely wasn’t expecting the reach we have achieved based in large part on the help we have had from all of the people who have decided to review our products on-line, write a story on us.

"That I was definitely not expecting, and through those channels it has really helped accelerate our growth trajectory more than I could have ever imagined.”

Golf has been a big part of the 34-year-old Haywood’s world since he was a kid. His grandparents got him involved in the game at a young age and he spent large chunks of his summers playing the Shuswap Lake Estates course near their home in Blind Bay. He had a junior membership at Swaneset Bay in Pitt Meadows and eventually became a scratch player.

Haywood, who graduated from BCIT with a bachelor’s degree in business administration, still plays as much golf as he can but acknowledges that his handicap has been on the rise in recent years.

Haywood Golf began as a wedge company, but quickly expanded into irons. It also now has a putter and recently introduced a driving iron. The company offers two sets of irons. Its Signature Irons are its most popular and they fall into the game improvement category.

“I would say they are really for people in the 10- to 15-plus handicap range,” Haywood says. “Especially for people who are 15-plus wanting to improve I think they will definitely help those individuals.”

Haywood’s MB (muscle-back) irons, which retail for about $100 more for a set, are for more advanced players, although Haywood says he sees players of all abilities buying them. 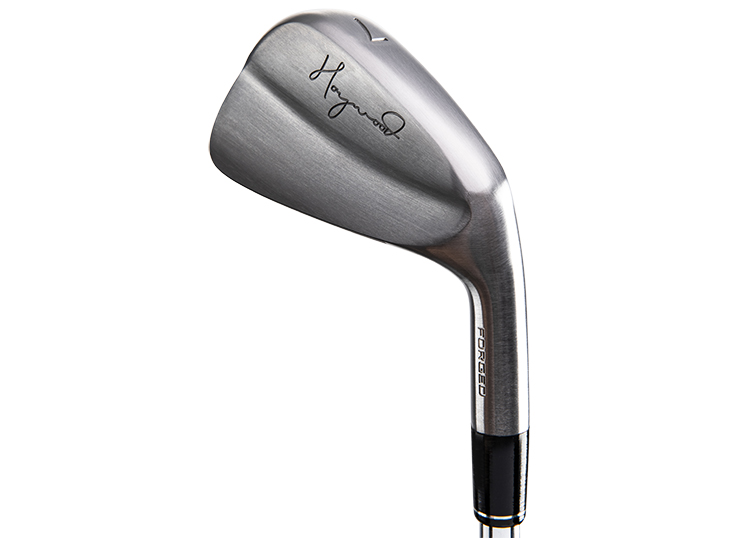 “The MBs are more subjective because there are people who have 20 handicaps who play them and there are people who are scratch,” he says. “I think it really comes down to personal preference, but obviously they are not as forgiving. They have smaller heads so they are harder to hit overall and they are definitely geared more towards the advanced player. But we are working right now on refreshing those muscle-backs hopefully by end of year and then introduce a CB (cavity-back) line as well to kind of be in the middle of both of them.”

Various shaft and grip upgrades are available with all of Haywood’s clubs.

Sportsnet’s Dan Murphy, an avid golfer who is a member at Vancouver’s Marine Drive Golf Club, has had a set of Haywood’s Signature Irons in his bag since last summer. “I think the first time I saw them was on Twitter,” Murphy says.

“And what caught my eye is how good-looking the clubs are. Then when I looked further I found out it was a Vancouver-based company and that’s another thing that I liked. And then I saw what their business model was, selling direct to consumer to try and keep the price down, and I liked all of that as well.”

Murphy got in touch with Joshua Haywood and became a brand ambassador for the company. “When I first got them, I loved the look of them,” Murphy says. “I especially love the wedges and the higher irons. I get a lot of spin with the wedges.”

Haywood says educating the public remains one of his company’s biggest challenges. “I think it is more about finding ways to educate people on the fact that, hey, our product is made the same way as say the Ping G410 but ours are $500 cheaper and in our opinion ours look better because they’re not mass branded with all of these different logos.”

As a direct-to-consumer company, Haywood acknowledges that some golfers are skeptical about buying a club they can’t test or be fitted for before purchasing. “If you asked that question a year ago, I would say it is a significant challenge,” Haywood says. “Today I would say the level of uncertainty has decreased by 50 to 70 per cent because of all the positive articles, reviews, publications, etcetera that have been done on the company. There are obviously people who still say 'no, I can’t buy anything without testing it.' That’s okay, we understand that.”

If there’s anything that keeps Haywood awake at night these days, it’s keeping up with orders. Haywood tries to have clubs delivered to customers within three weeks of them being ordered.

“I think now I just worry about inventory,” Haywood says. “Because of the increased interest in golf and the increased demand for clubs, it has extended production times globally, and when you combine that with our company’s growth, it’s just something we have to monitor very closely and plan eight to 12 months out. As you can imagine, that is a difficult thing to do for a smaller brand.”