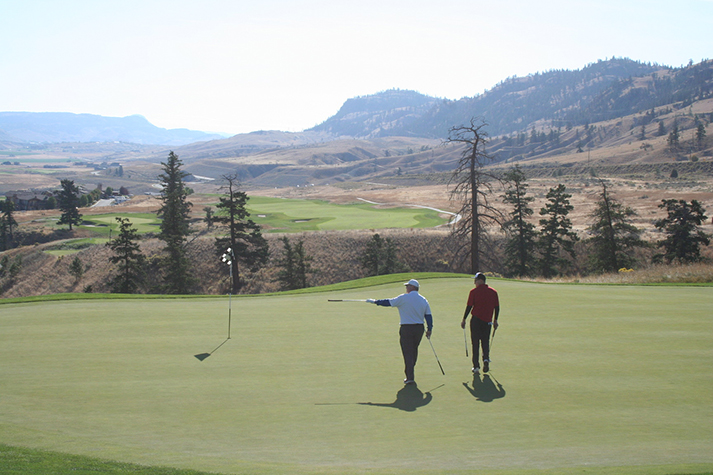 You will have to forgive British Columbia golf course operators if they happen to be humming a hit song by country music artist Eric Church from a couple of years ago.

After all, many of them have had a Record Year. Take Tobiano in Kamloops, for example. General manager Terry Smith and his staff recently closed the facility for the winter and Smith reports it was a year like no other in the resort’s 12-year history. “We had our best year ever,” Smith says.

And it wasn’t even close. Smith says rounds were up by more than 30 per cent over Tobiano’s best previous years. What surprised Smith about the 2020 season was how many players were experiencing Tobiano for the first time.

“We had a lot of people from Vancouver who hadn’t even seen the golf course,” he says. “We had more people this year that had never laid eyes on the place.”

Tobiano’s record numbers are even more impressive considering the course opened late and had some early issues with COVID-19 protocols. “It was a slow start because we didn’t open until the second week of April, about two or three weeks later than normal, and then we had limitations,” Smith says.

“We are a cart-only golf course and we had trouble getting two people in a cart so we had issues with cart availability. Things loosened up a bit later on.”

Smith, of course, is hoping the momentum will carry through to the 2021 season. “I wish we had a crystal ball and could say everyone is going to come back,” he says. “But I guess that will be determined by what the COVID situation is. But I think we definitely gained some new customers because we had a lot of really good comments about the golf course.”

CLOSE CALL: Kimberley’s Jared du Toit lost in a playoff at the Outlaw Tour’s Sedona Open in Arizona. The former B.C. Junior champion birdied his final two holes to force a playoff with Sam Triplett, son of multiple PGA and Champions Tour winner Kirk Triplett. Both players had finished the 54-hole event at 16-under par.

Triplett won the playoff on the first extra hole when he rolled in a six-foot putt for birdie. Triplett earned $11,000 for the win in one of the Outlaw Tour’s ‘major’ events. Du Toit made just over $5,000 for his runner-up finish. 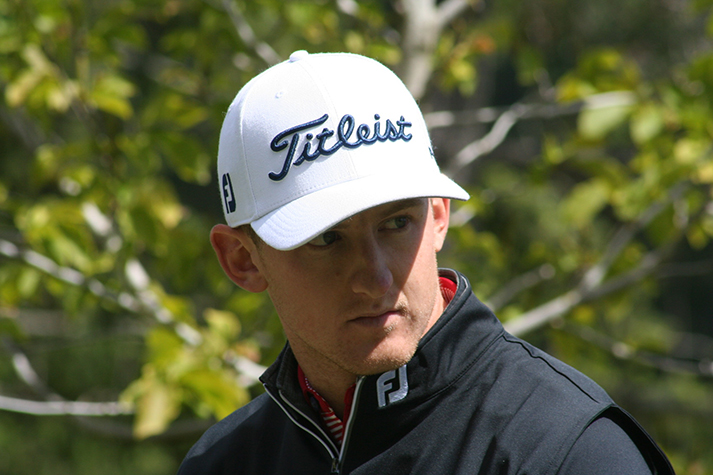 Three other British Columbians made the cut in Sedona. Another former B.C. Junior champ, Riley Wheeldon of Comox, tied for seventh at 12-under, Vancouver’s Ryan Williams tied for 22nd at five-under and Kaleb Gorbahn of Smithers tied for 40th at one-under. Du Toit, who has full status on the PGA Tour LatinoAmerica circuit, will play in next month’s Nevada Open in Mesquite. That event goes Nov. 10-12.

RECORD ROUND: A 10-under 62 on Northview Golf Club’s Ridge course by Jackson Jacob of the University of the Fraser Valley highlighted another week of play in the BC Rivalry Series. The Langley sophomore recorded one eagle, 10 birdies and two bogeys as he set a Cascades single-round scoring record.

The series continued the following day at Mayfair Lakes in Richmond, where the Cascades and UBC shared first-place with a score of 20-over par. Esther Lee of UBC had the day’s best score, a one-over 73. On the men’s side, Justin Towill of UBC-Okanagan led the way with a two-under 69 and helped the Heat top UBC by two shots in the team competition.

The final two events of the fall portion of the BC Rivalry Series will be played Wednesday at Chilliwack Golf Club and Thursday at Morgan Creek Golf Club in Surrey.

BIRDIES FLY: The Zozo Championship at Sherwood Country Club in Thousand Oaks, Calif., turned into a birdie-fest and Nick Taylor and Adam Hadwin did not make nearly enough of them.
The Abbotsford duo both finished tied for 63rd at five-under par. That was 18 shots behind winner Patrick Cantlay. They each earned $15,040. Ontario’s Corey Conners tied for eighth at 18-under par and made $232,000.

Hadwin and Taylor are both taking this week off, but Merritt’s Roger Sloan is in the field for this week’s Bermuda Championship. Sloan has not played since tying for 32nd at the Sanderson Farms Championship in early October.

CHIP SHOTS: Kudos to members of the PGA of BC who raised another $200,000 in their annual Golfathon for ALS. That brings the 15-year cumulative total to just shy of $2.1 million. . .Nov. 1 will be the last day of regular-season tee times at Westwood Plateau’s Country Club course in Coquitlam. Weather permitting, the course does plan to hold daily shotgun starts at noon from Nov. 2-15.