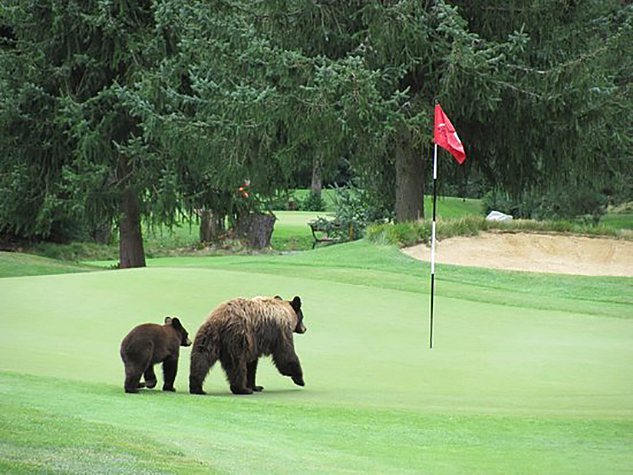 No Word If These Bears Had An Official Tee Time At Whistler GC, But They Are Okay For Social Distance Rules As They're From The Same Family -   Image Courtesy TripAdvisor.com/Traveller photo submitted by Navigator664564 (Aug. 2016)

British Columbia golf resorts that rely heavily on tourist traffic are hoping the provincial government will soon give the all-clear for non-essential travel.

“The golf course is in great shape, the bears are running around like crazy,” says Alan Kristmanson, the longtime general manager and director of golf at Whistler Golf Club. “Everybody who is playing here is having a great time. We’re ready, for sure.”

Whistler Golf Club opened May 15th and has been getting lots of play from area residents. But locals normally only account for about 15 per cent of the club’s play each year.

With little if any international travel and the U.S. border closed until at least June 21st, it’s easy to see how important B.C. tourist traffic is going to be for Whistler courses and other golf destination resorts in places like the Okanagan, Kootenays and Vancouver Island. Kristmanson and others are hoping the ban on non-essential travel might be lifted as soon as June 1st.

“Whistler is currently not promoting or welcoming people to the resort,” Kristmanson says. “Neither is Kelowna, neither is anyone. We are supposed to be staying in our little bubbles, we’re not supposed to be bombing around everywhere.

“When non-essential traffic gets lifted I think Whistler will be ready. I think the hotels are trying for June 1st to get ready. Some patios and stuff are opening up this weekend and obviously we have got the golf going . . .but the big one is on June 1 to see if the non-essential travel ban gets lifted. That is really what it is about.”

Nicklaus North, a Whistler course owned and operated by the GolfBC Group, opened its season on May 22nd. Andy Hedley, vice-president of operations with GolfBC, is also hoping that British Columbians will soon be given the all clear to travel within the province.

“Right now things are very uncertain,” Hedley says. “Obviously, with overseas travel not allowed our overseas groups and corporate groups that travel in from all over North America, Europe and Australasia have all cancelled. I don’t think we will see any overseas business this summer so we will be relying on local and regional play as the province starts opening up for business again.”

In addition to Nicklaus North, GolfBC also owns and operates Olympic View in Victoria, Mayfair Lakes in Richmond and the Okanagan Golf Club and Gallagher’s Canyon, both in Kelowna. “We are hoping that with potentially fewer B.C. residents leaving Canada for vacations, that they may be staying here and will consider resort areas within the province to visit.

"It’s still an unknown factor right now. We are really learning day by day on the business. Everything is so different. It is very difficult to predict what will happen. There is certainly some pent-up demand to get outside and do some outdoor activities. We are seeing that in the short term. Whether that will last throughout the entire summer, we hope so.” 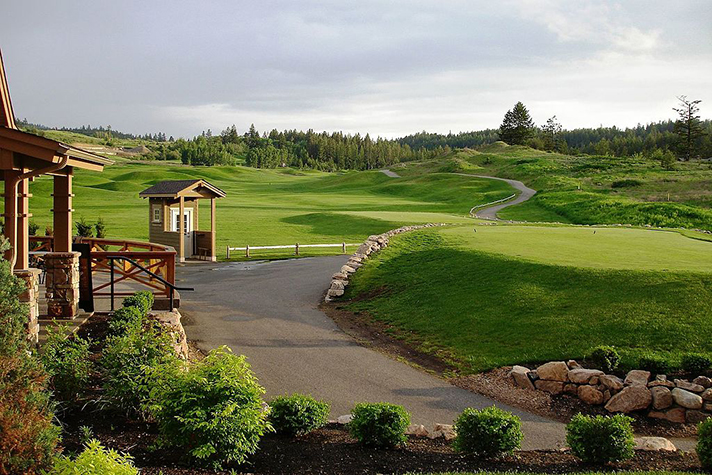 Predator Ridge in Vernon is another B.C. course that relies heavily on tourist traffic. The 36-hole facility is currently only open to members, many of whom are homeowners at the resort. “We have really taken a cautious and gradual approach,” says general manager Rod Cochrane. “We are part of a community as well as a resort so we have a responsibility to more than just the golfers and resort guests who are here on a given day.

“We are monitoring everything to make sure we are doing the right thing. We are definitely not going to be aggressively advertising and realistically our expectation is going to be local. It is going to be staycations from Kelowna.”

Cochrane acknowledged that could change if the province begins encouraging British Columbians to travel within the province. The Vancouver area is a key market for Predator Ridge as well as Calgary and Edmonton. “We are going to be doing that when it is the right time,” Cochrane said. “In many ways here at Predator Ridge we like to think we are a leader and in this particular case we think the smartest course of action is to be a bit of a follower. We want to make sure we are not seen as pushing it. Our primary goal always is to be a desirable place for people to live. Right now, if we jammed our resort I don’t think that would make anyone feel comfortable about living here or considering to live here. We need people to come here and understand this is a safe environment.” 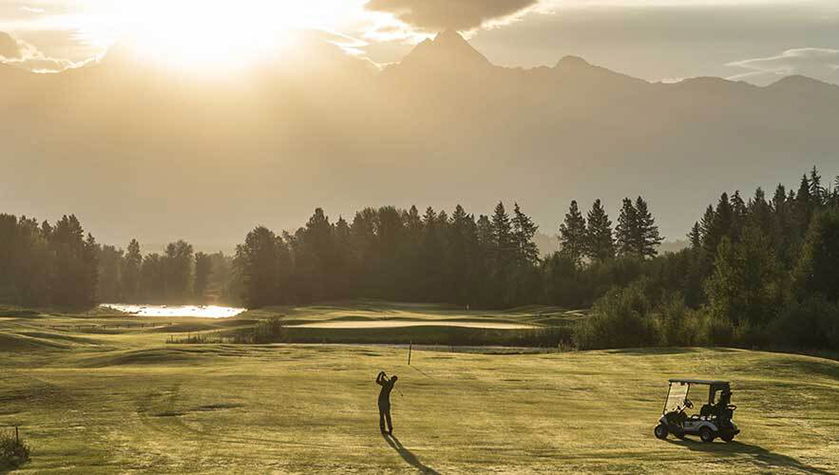 St. Eugene Mission in Cranbrook opened for play on May 22nd and is one of the courses in the golf-rich Cranbrook-Kimberley corridor that rely heavily on significant tourist play. Head professional Cindy Soukoroff would welcome a promised push from the provincial government this summer to encourage British Columbians to spend their vacations at home and support the tourism-related businesses hit hard by the pandemic. “For us something like that would definitely help,” Soukoroff says. “For years our focus was on Alberta tourists and in my opinion we would not have been able to survive without them.

“The last few years our focus has turned a little bit more to B.C. and our involvement in the Vancouver Golf Expo was our way to introduce ourselves back to B.C.” But Soukoroff said the Alberta market will remain vital to her course and others in the East Kootenays and she hopes Albertans will be welcomed back to B.C. this summer. “Calgary is kind of like our Vancouver” she says.

St. Eugene is celebrating its 20th anniversary and much of the resort, which includes a hotel and casino, remains closed. “We do have a fairly strong East Kootenay resident program as well which is obviously where our focus is at the moment,” Soukoroff says. “Our hotel and the larger parts of the resort are not looking to open until, I would suspect, July at this point in time.”