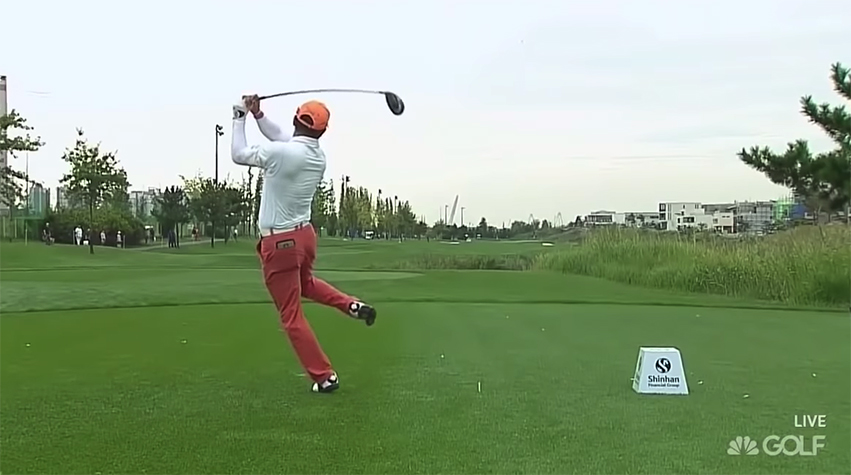 It’s Pebble Beach week and the AT&T Pebble Beach Pro-Am is known as a place where time seems to stand still, where it’s who you know and how much dough you have that determines what sort of status you have during this week.

Take for example, 2003 Masters Champion Mike Weir. Usually a protected species here because his six-handicap amateur partner, George Roberts, a rich venture capitalist, loves playing with the Canadian, Weir is not amongst the eight Canadians teeing it up Thursday.

Instead, Roberts has the long-hitting Cameron Champ as his new amateur partner and who can blame him for wanting to play with the new “It Guy” on the PGA TOUR.

Vijay Singh’s not here either this week, but golf commentator and former British Open champion David Duval is, as is impending Champions Tour rookie Ernie Els. Again, it’s who you know and how much dough you have which determines what sort of standing you have at Pebble Beach.

But in a world where gender equality is becoming closer to the norm, we do have many accomplished women in the field, including Condoleezza Rice, Heidi Ueberroth and Miss America 2015 Kira Kazantsev teeing it up starting Thursday. Regrettably, Baywatch actress Kelly Rohrbach, who played here the last two years, is not in this year’s field.

But back to the professionals, the player getting all the attention is a 45-year-old former fisherman who lost part of his right thumb in a chainsaw accident and only picked up golf because he worked at a golf course, doing odd jobs such as cleaning locker rooms to stocking vending machines, and his boss said all employees need to learn how to play golf because they need to know the mindset and how golfers feel when they are at the golf course.

Yes, “The Fisherman” Ho-sung Choi received a sponsor’s exemption into the 2019 AT&T Pebble Beach Pro-Am and he’s not just a freak show, having won on the Japan Golf Tour and Korean Tour. His swing is self-learned and with a wild finish, he really is the patron saint for 18-handicap weekend golfers.

Choi gave a thrilling press conference at Pebble Beach, which included showing off his swing and answering all questions, despite not speaking much English. (Kudos to the PGA TOUR’s Sharon Shin, who not only moderated the press conference, she was the translator, giving us the answers Choi provided in perfect English).

If you think Choi’s swing is wild now, here’s what he had to say about what his swing looked like when he started to play two decades ago.

“I actually had a wilder swing,” he demonstrated. “Without being able to see a swing on camera, I had to use the mirror and kind of improved a little, bit by bit.” Because Choi picked up the sport in his twenties, he didn’t have as much body flexibility, so he adjusted his swing to gain more yardage and that’s the swing he currently uses and everybody marvels at.

Choi is the celebrity mix here at Pebble, teeing off at Monterey Peninsula at 9:17 a.m. with his partner, actor Chris O’Donnell and fellow pro Jerry Kelly and his partner, Green Bay Packers quarterback Aaron Rodgers.

There may be a fellow with Northern California roots who couldn’t be here this week because he just won his sixth Super Bowl who would argue with Choi’s assessment.

As for the other big story at Pebble Beach this week, it’s all about Mother Nature and what she has already unleashed on this little piece of paradise. Storms all last week caused several tents and pavilions to be damaged and the course was very soft on Wednesday, especially after hailstorms came through the area.

“We had 10 minutes of hail stones, but after that, it was OK,” said Englishman Tommy Fleetwood, who was wearing a stocking cap, beanie or toque (depending on where you are from) during his press conference. “The ball’s going nowhere. Everything is playing so long at the moment. There’s no room, it’s cold, it’s windy.”

That was Tuesday, with Wednesday a vast improvement.

The forecast for the rest of the week has nice weather Thursday, but rain from Friday to Sunday. And almost in a joking term, the volunteers said the weather Monday looks fantastic.

Jordan Spieth was playing a practice round with his amateur partner Jake Owen and may or may not have won a little something after challenging Owen to get up and down from about 50 yards on the par-5 6th hole. Owen was not up to the challenge, but he could laugh about it because come Thursday, he’ll be in his usual feature group with Spieth, Dustin Johnson and NHL legend Wayne Gretzky.

There are eight Canadians in the field with Mackenzie Hughes and David Hearn in the superstar rotation, playing Monterey Peninsula Thursday, Spyglass Hill Friday and Pebble Beach Saturday before the cut is made.