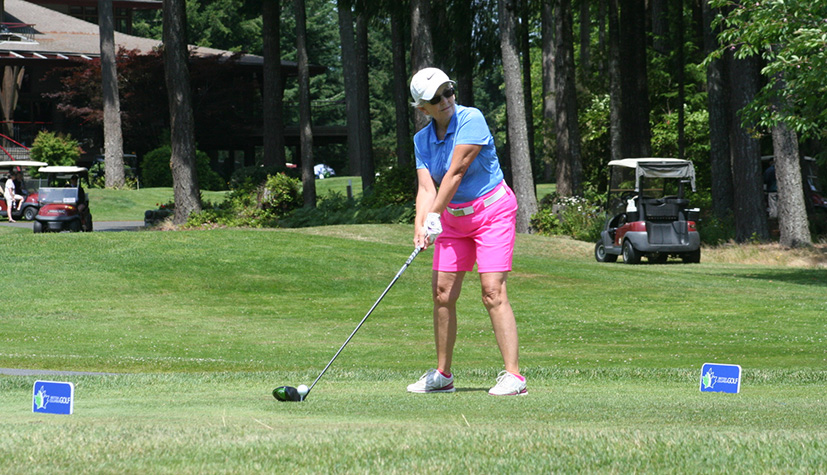 She has one of the most impressive resumes in the history of British Columbia amateur golf and Jackie Little added yet another line to it on Thursday.

Little won her sixth B.C. Senior Women’s Championship, going wire-to-wire at Crown Isle Golf Resort in Courtenay. She closed with a five-over 77 to finish the 54-hole event at eight-over par. That was good for a six-shot win over Kim Evans of Vancouver and Lynn Kuehn of Lacombe, Alta.

Little said she was determined to finish this one off after faltering in the final round of last year’s Senior Women’s tourney at Sunshine Coast Golf & Country Club, where she shot 44 on the back nine and finished one shot out of a playoff.

“I have struggled the last little bit with the last round so I really focused today to kind of get my act together and finish it off,” said Little, who recently moved to the Kootenay community of Procter and now plays out of Balfour Golf Club.

There were no back-nine blues for Little on Thursday. She played the back side at Crown Isle in even-par in her final round. “I am really happy with my back nine,” Little said. “I struggled a bit on the ninth hole. I got into a footprint in a bunker and skulled it over (the green), but I made a good putt for a double. It was windy today so the conditions were difficult. I am really happy with how I played.”

The 60-year-old Little also won her first Super-Senior Championship for players 60 and over. She said the older she gets, the sweeter the wins become. “It never gets old,” she said. “I love every minute of it, especially as you are getting older. You don’t want to think about it, but your time is limited. So it does get a lot sweeter.” 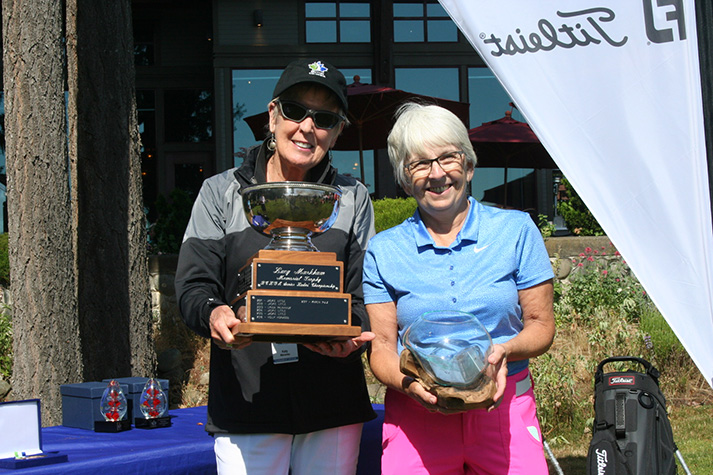 Little said Thursday’s win was especially sweet considering she has been making some minor swing changes. “I am proud of the fact I stayed focused,” she said. “I have been working on a few things with my swing for the last three weeks. I have to admit it was a little scary coming into the tournament because I am not that comfortable with them, but it’s coming.”

Defending champion Karen Pultz of Surrey shot the day’s best round -- a three-over 75 -- and finished in fourth place at 17-over par. That earned Pultz a spot on the three-person team with Little and Evans that will represent B.C. at the Canadian Senior Women’s Championship, which goes Aug. 28-30 at Lookout Point Country Club in Fonthill, Ont.

Pultz, who plays out of Peace Portal Golf Club, finished second in the Super-Senior Championship. Little said Crown Isle presented a good test to the field. “The course is in fabulous shape,” she said. “I used to live an hour or so away (in Port Alberni) and I played it a couple of times. I can’t say enough good things about it, other than the wind today.”

Little will be back on the course in a few days as she is competing in next week’s B.C. Mid-Amateur and Mid-Master Championship at Hyde Mountain Golf Course in Sicamous. 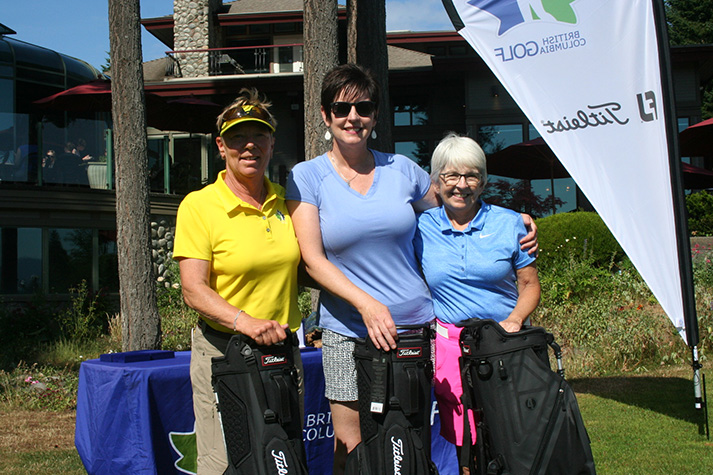 The B.C. Senior Women’s Championship also included a Stableford competition that was contested over three flights based on handicaps.  Sally Dobler of Qualicum Beach from Morningstar GC won the A flight with 106 points. Rhonda Poullos of Okanagan Golf Club in Kelowna won the B flight with 111 points. Glenna Sharratt of Bear Mountain Resort in Victoria topped the C flight with 110 points.

Debbie Needham of Sooke and Susan Dafoe from Olympic View in Victoria combined to win the two-woman best-ball competition with a score of 23-under. That was one shot better than the second-place team of Glenna Sharratt of Victoria and Korianne Tylor of Vancouver.