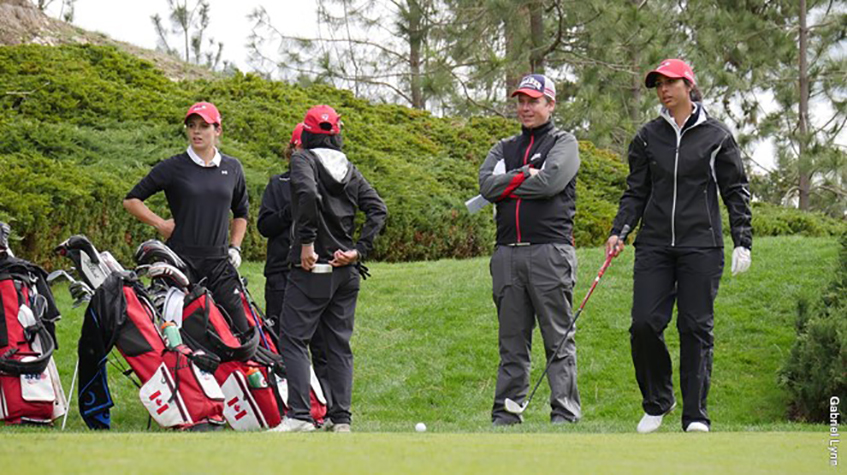 Steinbach was promoted from assistant coach to interim head coach of the programs on Dec. 12, 2016, when legendary former coach John Buchanan went on medical leave from the University. Buchanan passed away peacefully at home with his family on January 19, 2017 at the age of 77.

“It is humbling to know that I was chosen to succeed Coach Buchanan in this role,” said Steinbach. “John meant so much to me personally—as a coach, a mentor, and a friend –and I will forever be grateful for his blessing.”

“John (Buchanan) spent a lot of time mentoring Matt before he passed away so Matt is ready for this role,” said Hanson. “Matt understands the values John instilled in our golf programs, our vision of the future and he will pour his heart and soul into the program in much the same way John did. I am confident the men's and women's golf programs are in good hands."

A former Clan captain and assistant coach with the programs, Steinbach helped to lead the Simon Fraser women’s program to its first NCAA post-season appearance this year after winning back-to-back Great Northwest Athletic Conference titles in 2016 and 2017.

“I am confident that SFU will become the school of choice for Canadian golfers looking to combine the NCAA experience with a world-class Canadian education,” said Steinbach. “On the golf course, I expect both the men’s and women’s programs to contend for NCAA Championships every year. Off the golf course, I look to engage with our alumni, supporters, and friends of SFU golf. I understand first-hand how support from these groups is crucial for the program’s success.

While obtaining his Bachelor of Arts Degree as a Communications Major (2006), Steinbach was a member of the men's varsity golf team at Simon Fraser University, during which time he won the 2005 Canadian Universities Championship.

“Building upon the foundation laid by Coach Buchanan, I believe the strength of a program is in its players. I am focused on attracting the best and brightest student-athletes to represent Simon Fraser University,” Steinbach said. “As Canada’s only NCAA golf program, I feel we have a responsibility to recruit, nurture, and develop top Canadian student-athletes and help them succeed on and off the golf course.

“Beyond winning titles, the ultimate goal for the program will be to transition these young adults to what’s next in life – whether that be professional golf, post-graduate studies, or placement in the workforce – all the while enjoying the University experience.”

Steinbach previously worked at British Columbia Golf where he was manager of golf participation, responsible for managing 'grow the game' initiatives such as Future Links, Playground 2 Fairway (P2F), SOAR and Golf In Schools.

Steinbach has a strong background in the golf industry as a coach, instructor and manager and over eight years of sales and customer development experience in the consumer packaged goods industry. Prior to joining BC Golf, Steinbach held the position of Customer Development Manager with the General Mills Canada Corporation.