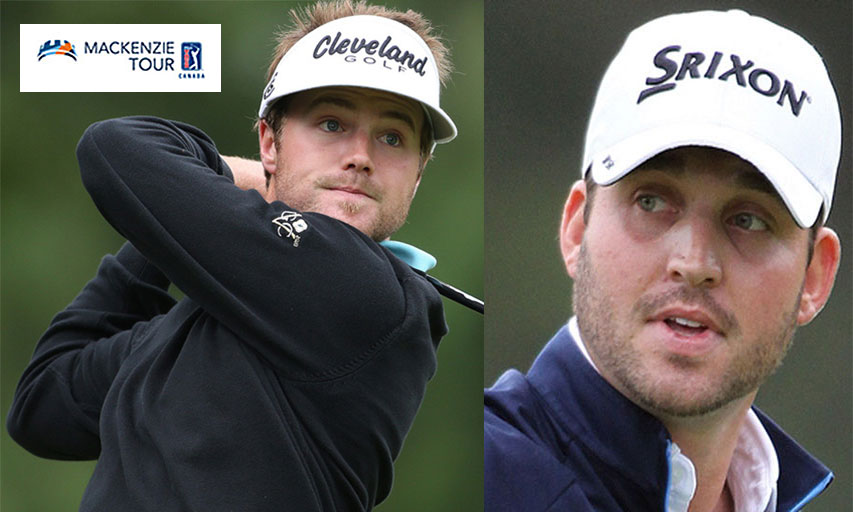 The team, consisting of the top 10 available players on the 2016 Mackenzie Tour Order of Merit with a minimum of five Canadians, will compete against a team of 10 players to be announced from PGA TOUR Latinoamérica in a Presidents Cup-style event at Tierra del Sol Resort and Golf in Aruba, December 12-18, 2016. The three competition days will Four-ball, Foursome and Singles matches on December 15, 16 and 17, respectively.

“I’ve been looking forward to this event ever since it was announced in September, and from talking to the other guys on the team, I know they are too,” said McCarthy, who won four times in 2016 on the way to setting the all-time Mackenzie Tour earnings record with $157,843.

“We’ve got a really solid team of great players and better guys, and it will be a thrill to play against the guys from PGA TOUR Latinoamérica.”

“We’ve got a tremendous team of guys who have proven themselves to be among the best up-and-coming players in the world, and I expect them to play some great golf in Aruba,” said Team Captain Stephen Ames. “We know the team from PGA TOUR Latinoamérica will be very competitive as well, and I’m looking forward to some great matches in December.”

Mackenzie, 35, captured his third career Mackenzie Tour win in a dramatic seven-hole playoff at the National Capital Open to Support Our Troops, adding five other top-10 finishes and finishing outside the top-25 just twice in 12 starts.

Moore, a 23-year old who graduated from the University of Arkansas in the Spring, excelled in his first season as a professional, finishing solo second in his pro debut at the Bayview Place DC Payments Open and capturing the Staal Foundation Open presented by Tbaytel.

Cornelson, 28, rebounded from losing his card in 2015 by breaking through for a triumphant win in Victoria and recording a playoff runner-up in Ottawa to finish fifth on the Order of Merit and take home the Dan Halldorson Trophy as Freedom 55 Financial Canadian Player of the Year.

Barjon, a 24-year old who completed his collegiate career at the Texas Christian University in May, captured his first pro victory and set the new Mackenzie Tour 72-hole scoring record at the Freedom 55 Financial Championship, one of three top-10s on the season.

Connelly, 20, a former member of Golf Canada’s National Amateur Team, produced a solid campaign in his first full year as a pro, notching four top-10 finishes, including a tie for second at the ATB Financial Classic.

Rottluff, a 23-year old former NCAA First-Team All-American at Arizona State University, entered the winner’s circle in his first pro season thanks to a triumph at the SIGA Dakota Dunes Open.

Gligic, 27, produced three top-five finishes, including a tie for second at the Players Cup, to earn an exemption into the Final Stage of Web.com Tour Q-School for the first time.

Williams, 35, finished in the top-20 on the Order of Merit for the third straight season, recording three top-10 finishes.

Conners, 24, who plays on both the Mackenzie Tour and PGA TOUR Latinoamérica, excelled in limited action in Canada, making the cut in all seven starts and finishing second at the Staal Foundation Open presented by Tbaytel.

“We’re so excited to have this outstanding group of up-and-coming players competing at Tierra del Sol and look forward to welcoming them to our Island next month. We hope that one day we’ll be watching these guys compete on the biggest stages of the game and remembering the time they spent here competing in the Aruba Cup,” said Oliver Riding, Director of Operations, Tierra del Sol Resort and Golf.

Below is the 10-man roster for the Mackenzie Tour team (bold denotes Canadian):

About the Mackenzie Tour-PGA TOUR Canada
The Mackenzie Tour-PGA TOUR Canada is a series of tournaments played across Canada each summer, where tomorrow’s stars begin the path to the PGA TOUR. The leading five money winners at the end of each season earn status on the Web.com Tour for the following season. The Mackenzie Tour’s mission is to deliver a PGA TOUR experience for our members, fans, volunteers and our partners in order to develop the future stars of professional golf & enrich the communities we visit.

About PGA TOUR Latinoamérica
PGA TOUR Latinoamérica is a professional golf tour created in 2012 by the PGA TOUR in collaboration with promoters, clubs and national golf federations in Latin America. The inaugural season in 2012 featured 11 tournaments in seven countries in the Latin American region. Since then, it has grown to include 18 events across 12 different countries in 2016. The Tour visits Argentina, Brazil, Colombia, the Dominican Republic, Ecuador, Guatemala, Honduras, Mexico, Panama, Peru, Uruguay and the United States.

The leading money winner at the end of each season is awarded the Roberto De Vicenzo Award, and the top-five money winners from the PGA TOUR Latinoamérica Order of Merit earn Web.com Tour status for the following season.