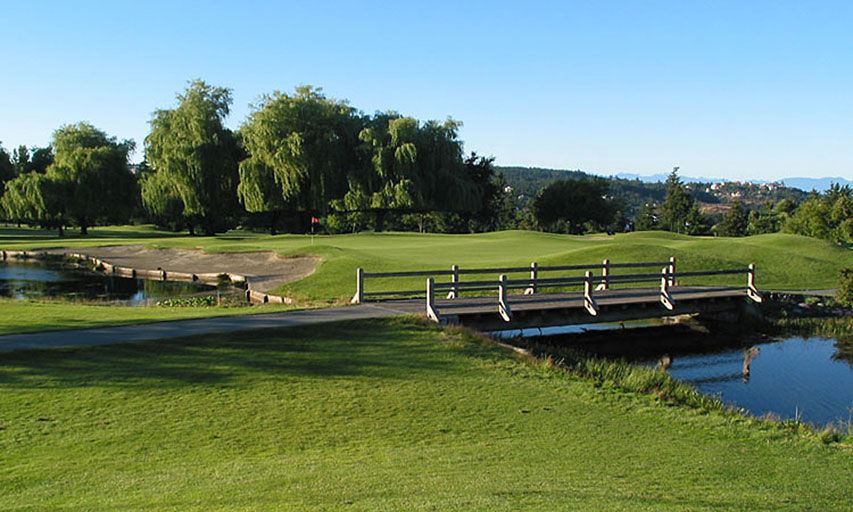 If you haven’t had the opportunity to play Nanaimo Golf Club, chances are you have driven right by it. Drive off the ferry at Departure Bay in Nanaimo and head north up Island and you can’t miss it on the right hand side of the road.

It's been there since 1962, which is only slightly longer than head professional Kerry Davison, who joined the course in 1983 and never left. That was not the original plan.

“I did not think I would here this long, no,” Davison says with a chuckle. “I remember we had a reciprocal with Seymour back in those days and Mel White was the golf professional there. I had been at Nanaimo for two years and he told me he had been at Seymour for 33 years. I thought that was insane, how could you be somewhere for 33 years? It is not even logical. And now, this is my 33rd year.”

Nanaimo Golf Club, a classic design by renowned architect A.V. Macan, is preparing to play host to the B.C. Men’s and Women’s Mid-Amateur and Mid-Master Championships. The 54-hole event runs May 31-June 2.

Davison says competitors can expect a golf course that will test every part of their game. Many of the fairways are tree-lined and demand accuracy off the tee. Its greens have some subtle breaks that players new to the course often have trouble discerning.

“I think you just have to manage your game and know the golf course and the subtleties,” Davison says. “There are some gentle slopes to some of the fairways and some spots where you have to be really careful where you hit it because you are going to lose the ball right or left.

You can be a little off line and be penalized for it. Same with the greens. There are not huge, swinging breaks, but just subtle breaks that you don’t see, you don’t realize, you don’t believe until you play it a few times.”

Sandy Harper, the 1980 B.C. Amateur champion and a longtime member at Nanaimo Golf Club, has played it more than a few times. “No one knows the course better than Sandy,” Davison says of Harper, who beat the field by 11 shots and won the 2012 B.C. Senior Men’s title at Nanaimo. Harper is in the field for the Mid-Amateur and Mid-Master tourney. 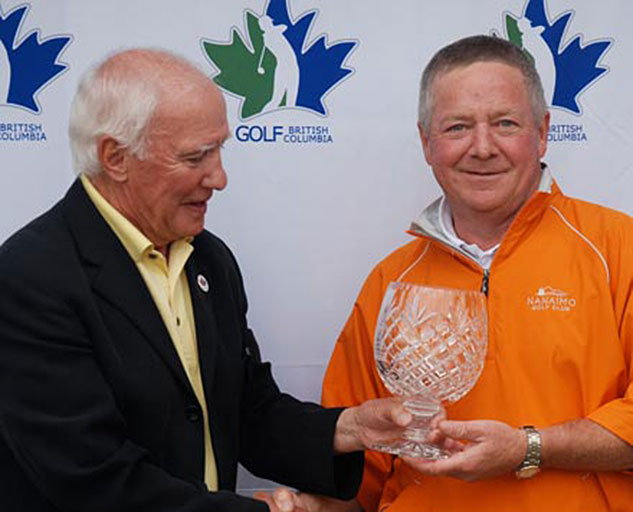 Nanaimo GC Member Sandy Harper, Shown Above Receiving The Master 40 Trophy From Then BC Golf President George Faithful, Is Obviously No Stranger To The Venue Of This Year's Mid-Master Championships Or To Winning - Image Credit Jeff Sutherland/Inside Golf

Nanaimo Golf Club is not quite as penal as it once was, as the limbs of many trees have been cut to make it easier to play second shots after wayward drives. “We have made a change to our playability philosophy in the last several years where we have limbed a lot of the trees,” Davison says.

“If you are off the fairways you will be penalized a half shot rather than a full shot. You are able to get the ball back in play and advance it. Gone are the days where you are hacking out sideways out of U.S. Open-style rough.”

Nanaimo Golf Club is open to public play, but most of its 50,000 rounds a year are logged by its active membership, which numbers around 650. The club actually dates back to 1922, when it opened as a nine-hole course on Wakesiah Road, a few kilometres southwest of the present site.

That course closed in 1962, when the club moved to its present location. The site offers some outstanding vistas. The 13th and 15th tees offer breathtaking views of Departure Bay. So does the deck of the club’s new clubhouse, which was completed in 2013.

The par 3 13th hole is probably Nanaimo’s signature hole. It can play as long as 200 yards from the back tee. “It’s downhill and it can play into a prevailing or cross wind,” Davison says. “For the average player it is certainly a long iron.”

“The par 5s are excellent,” Davison says. “There is a risk-reward for the guys who can hit it a reasonable distance. They can go at them in two, but if you miss there are penalties to pay with water or bunkers. For the shorter hitters, there are lay-up areas where you can get it up and down. It just depends on how you manage your game on the par 5s. But they are definitely scoreable for sure.”

The club endured a difficult labour dispute the past year. It locked out its unionized food and beverage workers in April of 2015. They finally returned to work in early March of this year after both sides agreed to binding arbitration. That arbitration decision is expected soon. “We are very pleased that the dispute is resolved now and we are looking forward to getting back to normalcy and having a great summer,” says general manager Ash Chadha.

The 2015 champions of all four events that will be contested at Nanaimo are back to defend their titles. Jordan Belton of Surrey won the Mid-Amateur last year at Talking Rock Golf Course in Chase, while Lance Lumby of Pemberton claimed the Mid-Master crown for players 40 and over.