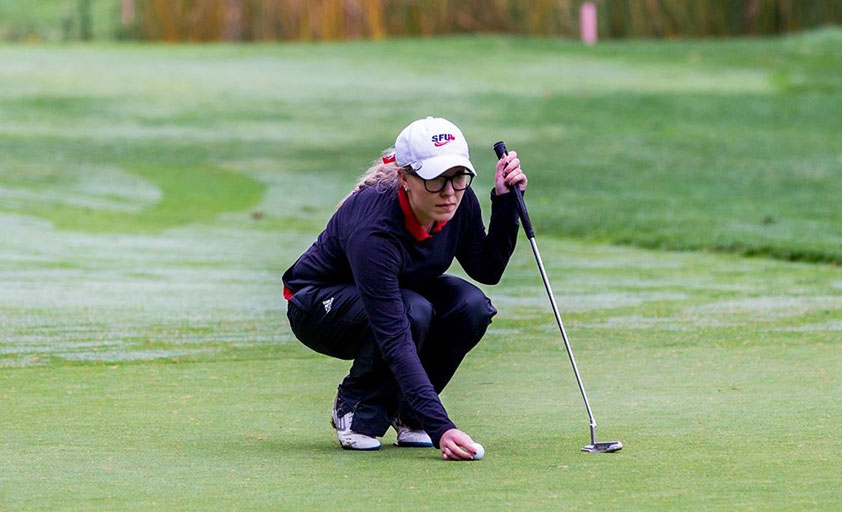 SFU's Mackenzie Field Has Been Named To The 2015-16 All-Academic Team. Field Posted The Highest GPA (4.33) Among The 14 Selections To The Team - Image Courtesy SFU Athletics

PORTLAND, Ore. – Senior Mackenzie Field from the Great Northwest Athletic Conference champion Simon Fraser University women’s golf team is the top student athlete selected to the 2015-16 Conference All-Academic Team. She was named to the team for the second straight year.

Balancing three majors in the natural sciences along with being a student-athlete is hardly a problem for Field. The senior from Christina Lake, B.C., has compiled a 4.17 cumulative grade point average. A 4.33 GPA is considered an A-plus. Field has accomplished straight As as a triple major in molecular biology, biochemistry and chemistry.

To be selected to the GNAC All-Academic Teams, a player must be of sophomore standing, must have a cumulative grade point average of 3.20 or better and must be in their second season of competition at their current school.