Golf Doesn’t Get Much Better Than At The Wigwam Resort 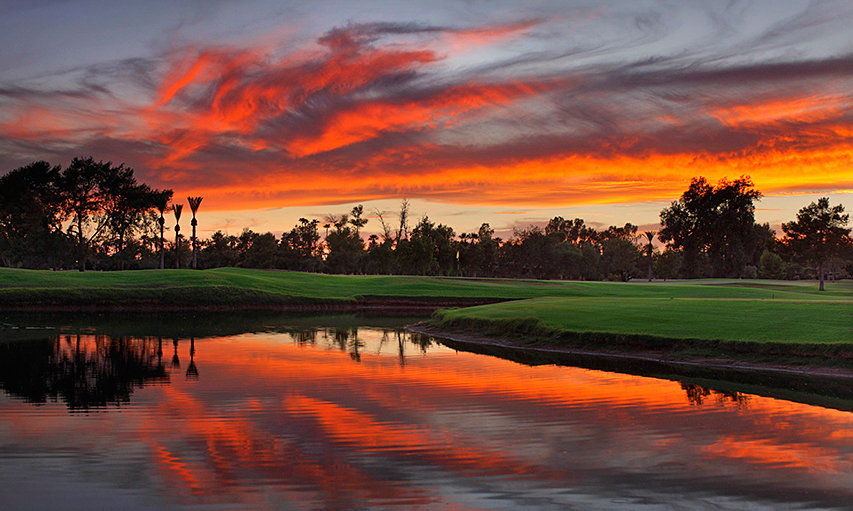 Sunshine, on the other hand, deserves every accolade it garners, especially from those of us choosing to flock south of the 49th Parallel, away from the cold winter climes of Canada.

One of the best spots to sample life in the sun is just outside of the metropolis of Phoenix, at Litchifield Park’s Wigwam Resort, situated in a location that puts you smack-dab in the midst of all sorts of recreational activities.

What awaits your presence is a wealth of outdoor activities including, of course, golf. The Wigwam offers up 54-holes of challenge on their three courses, the re-designed Gold Course, its baby sister The Patriot, and finally, The Heritage.

On top of the golf, this area is home to a number of Major League Baseball teams and their spring training camps. Included in those are the present World Series champion Kansas City Royals along with the LA Dodgers, the Cleveland Indians, the Cincinnati Reds and the Chicago White Sox.

Or, if you prefer a quicker pace to your sporting life, give the Phoenix International Raceway a go. This low-banked, one mile track, with a golf tie-in of sorts given the dogleg in the backstretch, is also known as ZOOMTOWN, USA, and for good reason. It hosts the always-popular NASCAR race, the Good Sam 500 in the spring, the Can-Am 500 in the fall, and will soon once again host open-wheel racing at the Phoenix Grand Prix.

But if even that’s not fast enough for you, try sitting outside the runway areas at Luke Air Force Base, where avionics freaks can get their fill of high-flying machines as fighter jet pilots from a number of countries, including Taiwan, Australia and the U.S., go through their paces. While you can’t gain access to the base itself, there is nothing keeping anyone from setting up camp for an afternoon on a chunk of highway shoulder just outside and watching these screaming meanies take to the air.

But, we were here to golf and at the Wigwam Resort we found all the challenges one could ever want on a golf course … even if there wasn’t a lot of cactus and desert sand in sight.

The grand master of the three courses offered up by Wigwam is the Gold Course, originally set in place by the renowned architect Robert Trent Jones, Sr. in the 1930s. Newcomers to the layout will likely be shocked by the fact it isn’t a desert-style course but rather an appealing, challenging parkland layout complete with huge trees, a canal, lakes and tree-lined fairways.

The Gold, known also as Arizona’s Monster, was a host site for the 2011 U.S. Open Qualifier and is the permanent home to the Patriot All-America tournament, which features the top 100 college golfers in the U.S.. So, from the back decks where you’re staring at 7,430 yards of grass and bunker sand, you know you’re in for a test on the newly reconfigured Tom Lehman track.

“The best thing is to understand the transition of the course,” through a couple of changes over the years, the Wigwam’s head pro Rick Cicci explained about the latest re-do. “The transition went from a traditional Robert Trent Jones course to not a re-design, but a bunker re-construction,” prior to Lehman coming on board. “We had high lips on the bunkers and quite a few bunkers were added at that time. Most of it was aesthetic and not really functional for the golf course.”

After having the course play that way for several years the thought process when the Wigwam Resort was sold was to take it back to where it all started — a traditional golf course set in the desert. Several bunkers were re-shaped, and many eliminated, to turn it into the gem it is today.

Cicci noted that in its previous life the Gold was very penal with off-line or over-cooked shots into the greens given all the sand surrounding the putting surfaces. The Lehman solution to that was to take much of the sand away and make more use of the slopes by shaving down the fringe areas around the elevated greens.

Now, good shots will stick on the mostly back-to-front sloping greens but if you do miss, you’re not faced with an almost impossible shot out of a bunker onto a downward sloping green.

“It still really places a premium on hitting the green, the centre of the green,” Cicci noted, adding that hitting into trouble now on The Gold doesn’t almost automatically mean a big number on your scorecard.

The Patriot Course, also sculpted by Jones Sr., is a shorter track, but make no mistake — what it lacks in length at “only” 6,000 yards from the tips, it more than makes up for with its strategic demands.

“The Patriot is a microcosm of the Gold, just shorter. The greens are elevated, guarded very well by bunkers. It may be shorter but the greens are smaller, so, harder to hit. It’s not tricked up at all. We call it a “shotmaker’s dream” because if you can position the ball around the golf course you can score really well. But if you try to be aggressive (and don’t play wisely) it doesn’t go well,” explained Cicci. 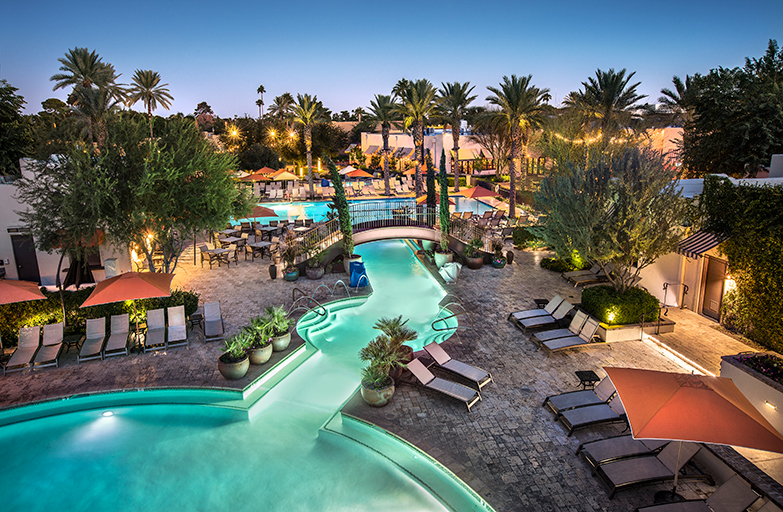 The third course, The Heritage, is more the easy-going buddy of the other two with its wide open fairways and large greens although it too is lengthy at over 6,800 yards from the back blocks.

“The bunkering is more to the sides of the greens, so our seniors, women, juniors don’t have to hit the ball in the air to get to the greens. You can hit a lot more shots to get on. It’s our fun golf course,” the pro said.

The really old courses in the Phoenix area are parkland courses such as this trio, Cicci continued. “People weren’t building desert courses when these were constructed. People were moving out here from back east,” and brought the knowledge of courses from home with them, into the new frontier, which is not a bad thing, the pro noted.

“Being a resort, it’s almost necessary,” to have these wide, inviting fairways, he continued. “A lot of people coming in haven’t had a club in hand in months, so it’s not a bad thing because you don’t run into six-hour rounds.”

Reflecting the age of the Gold, which is actually the Goodyear Tire company’s answer to Firestone CC, is the fact while there are houses and villas around the golfing property, they rarely, if ever, come into play. That certainly makes players, be they zero handicappers or someone coming off a long winter hiatus from the game, comfortable and set to take on the challenges these three tracks present.

For more on Wigwam Golf, check out their website at wigwamgolf.com.