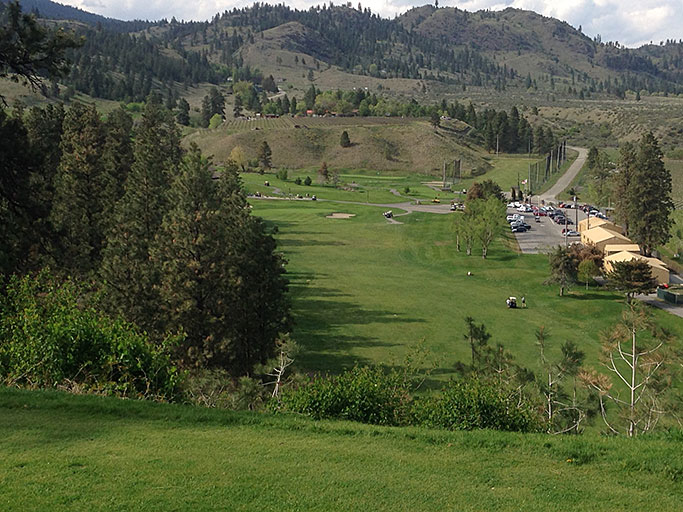 The 'Jewel' Of The South Okanangan, Fairview Mountain GC, Is Ready To Host The Best Male Amateur Golfers In The Province This Summer

Known by locals as the Jewel of the South Okanagan, the Fairview Mountain Golf Club is set to surprise, bedevil and enthrall the province’s best amateur golfers this July when it hosts the 113th British Columbia Amateur Championship.

The big prize may be the Bostock Trophy, which was won last year by Vancouver’s Jordan Lu in a thrilling five-hole playoff over Michael Belle, but every golfer lucky enough to tee it up at Fairview Mountain will come away impressed with how well-conditioned, challenging and fun the course is for all golfers.

“We’re honoured and excited to be hosting the BC Amateur,” said Brian McDonald, Fairview’s Executive Professional. “Our members were anxious to showcase their course to the top golfers in the province and it doesn’t get much bigger than the BC Amateur.”

McDonald credited longtime Fairview Mountain member Larry Yamaguchi with leading the charge to bring the BC Amateur to Oliver.

“We were so fortunate to host the 2006 Women’s Amateur and Larry and the members wanted to bring the men here,” said McDonald. “It’s been five years of planning and organizing and we will be ready when the tournament starts on July 14.”

Fairview Mountain stretches over 160 breathtaking acres and plays just over 7,000 yards from its championship tees. The par-74 course consists of four par 3s, ten par 4s and four par 5s, with its generous fairways encouraging aggressive play off the tee.

First opened in 1925 as a 9-hole track, it underwent a significant re-design and expansion led by Les Furber and is now an 18-hole championship track complete with extensive practice facilities.

Hitting it long and straight is just one small part of conquering Fairview Mountain, as its greens are quick, undulating and multi-tiered, which will mean different pin positions offering completely different looks to the golfers during the four days of competition.

“Our course record, which is 63 (by Patrick Martin), could be in danger if the wind doesn’t blow,” said McDonald. “But the wind almost always blows in the late afternoon and when the Amateur is here, it will be the heart of our summer so it’s going to be hot and it’s going to be a test.”

McDonald has played the course for more than two decades, with a personal best (-6) 66 off the golf championship tees and (-8) 64 off the black tees, and said the secret to scoring well at Fairview isn’t such a big secret.

“The ultimate player here will be a bomber who has a good flat stick,” said McDonald. “All the guys can bomb it but if you can’t putt, you’re going to have a tough time here. I can tell you from my experience playing here all the time that the difference between the blacks and the golds is two or three strokes.”

While the quick greens will be a challenge, so will course management, as no fewer than 4 of the par-4s can be played as driveable par-4s.

“The 12th is a perfect example,” said McDonald. “It plays 365 from the golds and only 297 from the blacks and players can go for it and have a good look at eagle. But the green is heavily protected by bunkers and trees so it’s the classic risk-reward hole.”

As for McDonald’s favourite holes, he has two: the 384-yard dogleg right 6th and the 468-yard downhill 18th which will go a long way toward determining who will be lifting the Bostock Trophy on July 17. 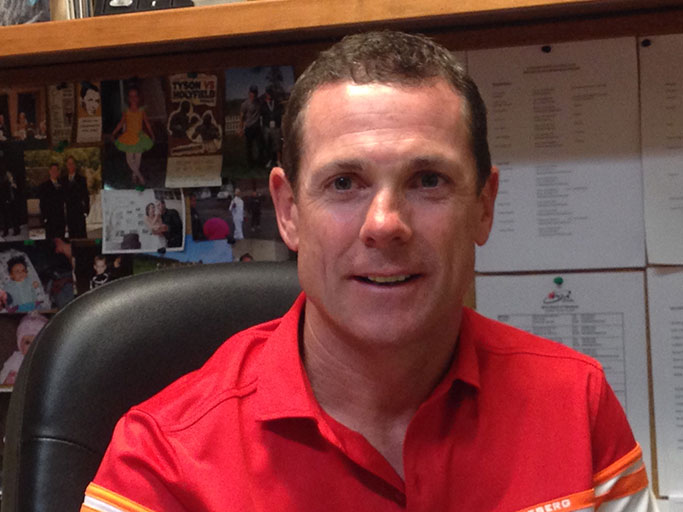 “Six is tricky because the entire right side of the hole is out of bounds,” said McDonald. “Hit it safely down the left and then aim for the pin because this green is one of the few flat greens at Fairview.”

As for 18, where the tee box is 70 feet above the fairway below, you have to hit it long and straight so that you have a shorter club into a well-protected two-tier green.

“When the wind is blowing and you’re standing on the 18th tee, you’re fully exposed,” said McDonald. “It’s a great finishing hole where you have to hit two great shots to give yourself a good look at birdie.”

McDonald does have some advice for out-of-town amateurs who haven’t seen Fairview Mountain before. “Get out here and play as many practice rounds as you can,” said McDonald. “I’ve been playing here for 21 years and I’m still surprised by how some putts break and how differently the course plays when the wind blows and the greens are lighting fast.”

One amateur who will have a home-course advantage is Fairview Mountain’s two-time defending club champion, 21-year-old Thierry Martine.

McDonald has worked with Martine and said the youngster will have probably played more rounds at Fairview than any other competitor and yes, he’s a bomber and yes, his flat stick has been known to get white hot at the right time.

As for the other favourites heading to Fairview, defending champion Jordan Lu hasn’t rested on his laurels, having played his freshman season at the University of Washington and learning from teammate Cheng-Tsung Pan, one of the world’s top-ranked amateurs.

As for the more seasoned amateurs, Mid-Amateur Champion Kevin Carrigan came close two years ago at Copper Point and his veteran wile will come in handy at Fairview.

And you can’t talk about the British Columbia Amateur and veteran wile without mentioning Doug Roxburgh, a 13-time BC Amateur champion who knows how to score and is never outwitted on any golf course.

McDonald and the organizing committee at Fairview Mountain have worked hard to get the course ready for the BC Amateur, a showcase event on the provincial golf calendar. One area where they've worked particularly hard is trying to ensure they have enough caddies for all the competitors.

Fairview Mountain is walkable, but with temperatures that can hit 40 degrees Celsius and four days of tension-filled competition, caddies with cold towels will be an invaluable resource for all golfers.

For more information, go to www.fairviewmountain.com