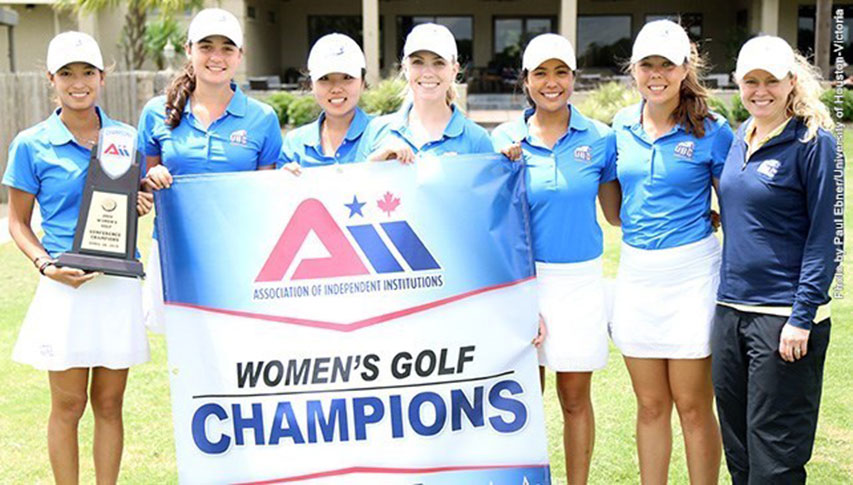 With the victory the Thunderbirds earn an automatic berth into the 2015 NAIA Women's Golf National Championship May 12-15 at the Savannah Quarters Country Club in Pooler, Ga.

Winnie Hyun (Langley, B.C.) finished second overall at even par for the tournament. She carded the low round of the day, a 2-under 70 and finished one shot back of the individual champion, Vanessa Chap of CSUSM.

Catherine Rousseau (72-76) of Quebec City and Kat Kennedy (73-75) of Okotoks, Alta., also finished alongside Wong in T7th at that 4-over par number.

Barbara Neto-Bradley (72-78) (Porto, Portugal) finished alone in 10th just two shots back of Wong, Rousseau, and Kennedy at 6-over par.

Calgarian Reagan Wilson (76-75) played as an individual in the event and finished in a tie for 11th at 7-over par.