The 2022 U.S. Amateur Is Set To Tee Off In Paramus, New Jersey With 5 Canadians In The Field 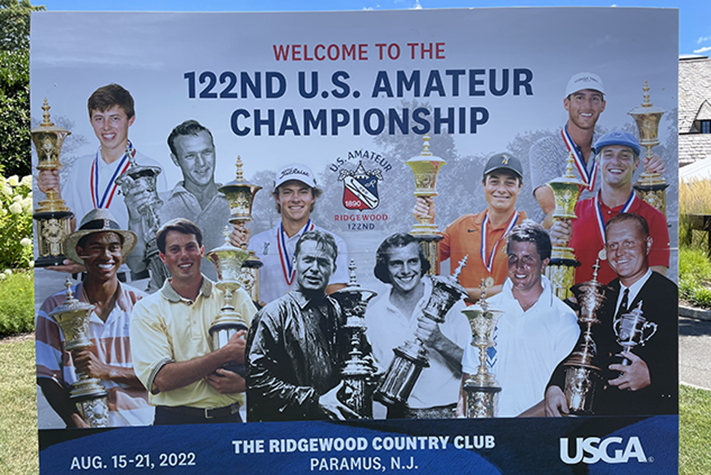 The U.S. Amateur Has Been The Stepping Stone For Many A Storied PGA TOUR Career - All Images Courtesy Brad Ewart

The ultimate achievement in men’s amateur golf would be to win the United States Amateur Championship.

This week in Paramus, New Jersey, an elite field of 312 of the top amateur golfers in the world will compete for the coveted Havermeyer Cup and the US Amateur title. There were 7,256 golfers who attempted to qualify at 94 different venues around North America.

Everyone entered had a dream to compete in the USGA’s men’s amateur championship.

The tournament format has the field playing 36-holes of stroke play over two courses the first two days. They will then reduce the field to 64 golfers. The remaining players then begin match-play with the winners advancing each day through to the 36-hole final on August 22. 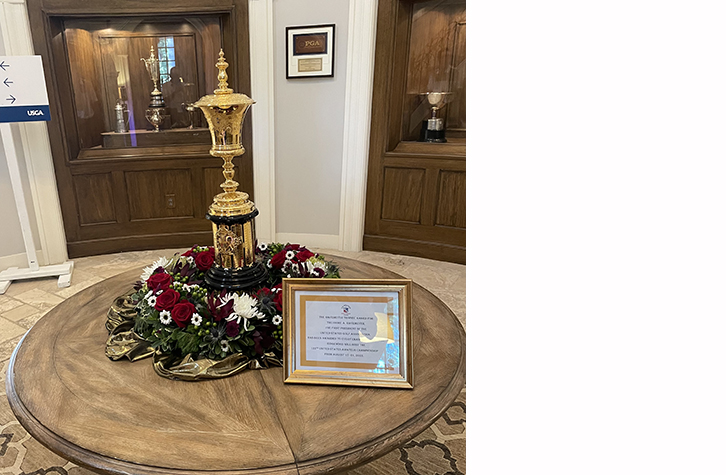 The Prize They Are Playing For, The Havermeyer Trophy

The 8-day golf marathon is a gruelling test of stamina, fortitude and expertise. The winner’s career and future in the game can be solidified. The names on the Havermeyer Trophy are a who’s who in the history of golf. Bobby Jones (3x), Jack Nicklaus (2x), Tiger Woods (3x), Arnold Palmer, Phil Mickelson and many more won this tournament and went on to succeed on the PGA TOUR.

The champion this week will have some of his future tournament schedule confirmed. If they don’t leave the amateur ranks, they get an exemption into the next 10 U.S. Amateurs. The winner also earns an exemption into the 2023 U.S. Open in Los Angeles and The Open championship in Liverpool, England.

For some, the bonus for winning is a likely invitation to the 2023 Masters Tournament in Augusta, Georgia.

For the 36-holes of qualifying, players will take on two old, classic designs that have been renovated to meet the demands of today’s modern game. 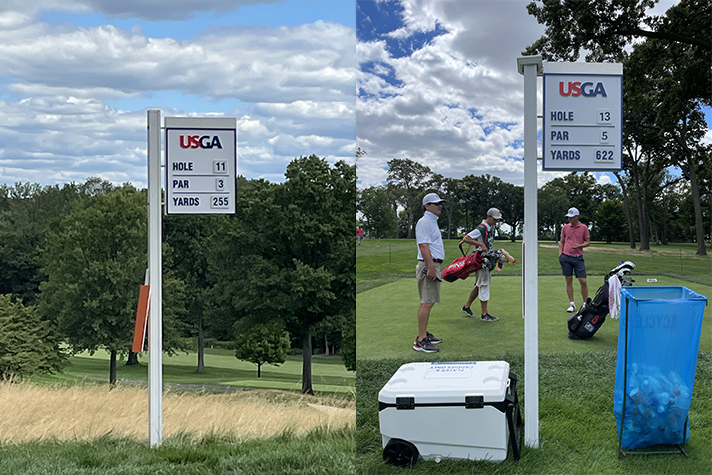 Ridgewood Country Club, designed by A.W. Tillinghast in 1929, will play to a par of 71 and stretches to 7,487 narrow, tree-lined yards. Length off the tee and accuracy are necessary ingredients to scoring well here. There are 84 sand bunkers at Ridgewood CC. The Poa annua greens are hard and fast with thick rough, punishingly deep and gnarly.

On a clear day, from the Arcola CC veranda, one can see the entire skyline of downtown Manhattan. Arcola CC is a slightly shorter venue measuring a ‘mere’ 7,256 yards. The original layout opened in 1909. In the 1950s a local freeway was rerouted through the old design and Robert Trent Jones Sr. was commissioned to build 14 new holes.

The rolling terrain is littered with sand bunkers, strategic in their placement and difficult due to their depth. Water comes into play on many holes, including three of the four par 3’s. Trent Jones Sr’s signature square tee boxes and unique bunkering earns the course top-ranked honours every year among other local courses. 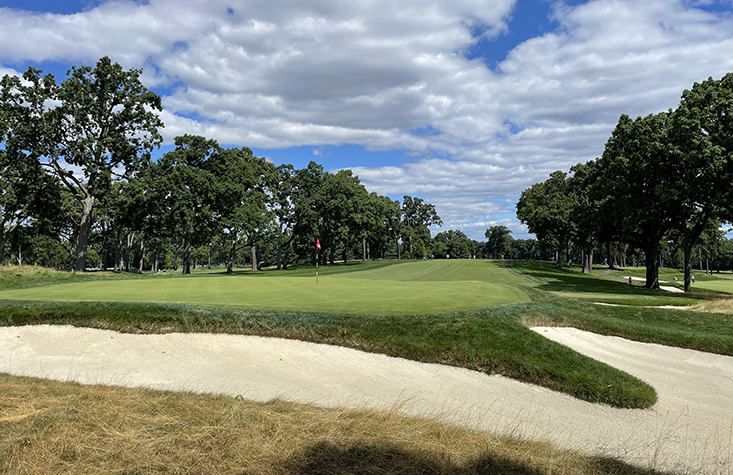 A shot finishing in the rough at both courses will be like a one-shot penalty with players usually forced to wedge back out to the fairway. Both course’s superintendents, their staff and USGA officials have the demanding layouts ready for a National championship.

The players talk about how ‘championship tough’ both courses are set. Ridgewood CC will host the U.S. Amateur match-play format.

For the players who failed to qualify for this year’s U.S. Amateur, they can begin to practice for next year’s tournament at Cherry Hills GC in Colorado.