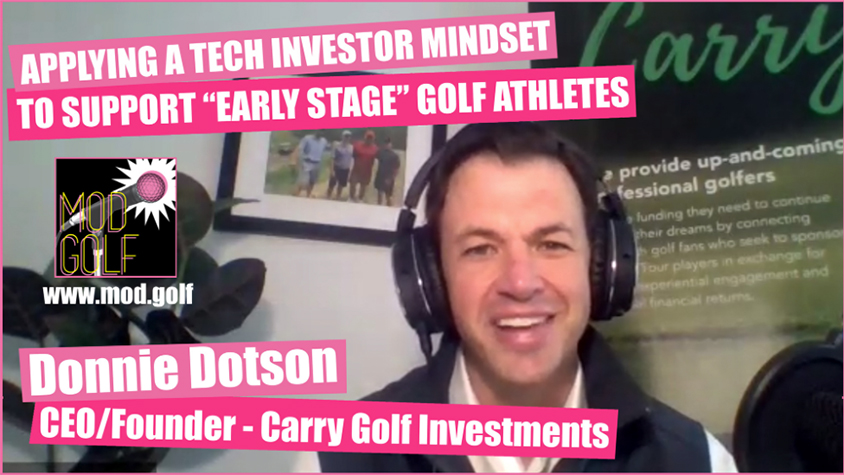 "We played The Cradle and Number Two at Pinehurst, we played, followed by a wonderful dinner in Donald Ross' backyard for the Monday night closing event. There was a moment where two of our players who are on the Korn Ferry Tour had to leave as dinner was wrapping up because they had an early flight to their next event. Potential investors were standing up, clapping, a bit of a standing ovation, high fives and saying 'hey, we're rooting for you guys, we're cheering you on, will be following along!' They didn't know who these players were other than by name 48 hours earlier and that was cool to see."

Click HERE or on the banner below to listen to this podcast.

"I was thrilled and inspired to see that we had people going from almost complete strangers to forming meaningful bonds over golf. And my goal is to be able to somehow bottle up that experience and scale it, so we can help a lot more golfers but also bring a lot more fans closer to the game."