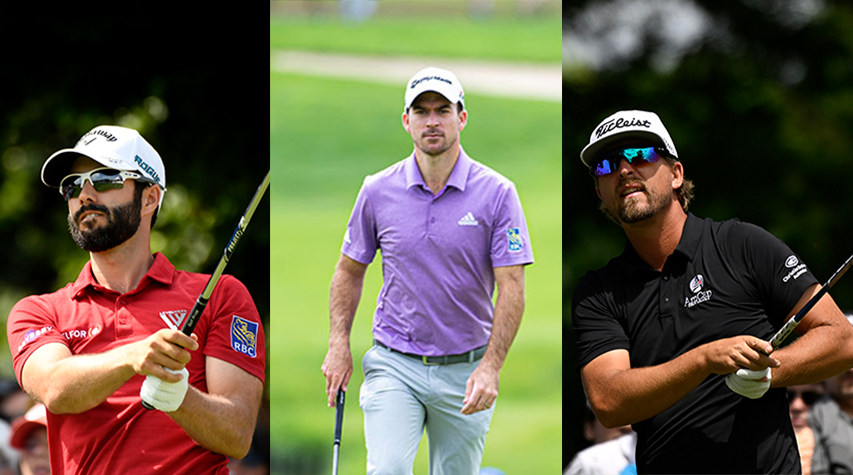 It was the Rory McIlroy show at the RBC Canadian Open, but British Columbians Adam Svensson, Nick Taylor and Adam Hadwin all played supporting roles at St. George’s Golf Club in Toronto.

At a tournament where they give a trophy to the low Canadian, Surrey’s native Svensson came second. Ontario’s Corey Conners was the low Canuck, closing with an impressive eight-under 62 to finish alone in sixth place at 12-under par.

Svensson tied for 21st at six-under after shooting a three-under 67 in the final round. “I got off to a bit of a weird start, I three-putted the first hole,” Svensson said. “Then I made another bogey and then slowly made my way back with five birdies after that. It was a slow start, but I knew I was hitting it well, I knew I was playing well, so I just stayed calm and it paid off.”

Hadwin shot a one-under 69 in the final round to finish tied for 35th at three-under. “I have been a little bit disappointed with the score on the scorecard,” Hadwin said. “I feel like I played better than that this week. Three-under, I just didn’t get it in the hole quick enough.” Hadwin made $39,730 and dropped one spot to sit 52nd on the points list.

Hadwin, Taylor and Merritt’s Roger Sloan, who missed the cut at St. George’s by one shot, all have spots in this week’s U.S. Open Championship at The Country Club in Brookline, Mass. Sloan will be making his U.S. Open debut. This will be Hadwin’s sixth U.S. open appearance. His best finish came in his first one, when he tied for 39th in 2011 at Congressional Country Club in Maryland.

Taylor has played in three previous U.S. Opens. His best finish came in 2009 when he tied for 36th at Bethpage Black on Long Island in New York.

DREAM DEBUT: Duncan’s Tristan Mandur could not have scripted a better professional debut than the one he enjoyed last week at the Vancouver Golf Tour’s Faria Mechanical Open at Pitt Meadows Golf Club. Not only did Mandur win the event by three shots with a two-round score of 13-under par to earn the $3,000 first-place money, he aced the third hole in the final round of the event to pocket a $5,000 bonus. 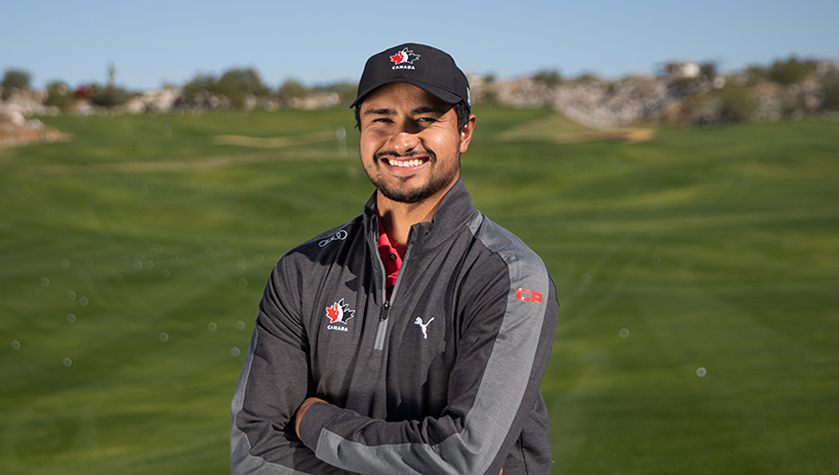 Mandur, the 2020 B.C. Amateur champion who just graduated from the University of Utah, will make his PGA Tour Canada debut as a pro in this week’s ATB Classic in Edmonton. Mandur is one of eight British Columbians in the field in Edmonton this week.

The others include Richmond’s Chris Crisologo, Callum Davison of Duncan, Jared du Toit of Kimberley, James Allenby of Langley, Lawren Rowe of Squamish, Jeevan Sihota of Victoria and Riley Wheeldon of Comox.

AMATEUR HOUR: The play of 17-year-old amateur Ethan Posthumus was also impressive at The VGT’s Pitt Meadows event. Posthumus, who plays out of nearby Meadow Gardens Golf Club, beat every pro in the field other than Mandur and won the amateur division by 12 shots with his 10-under total.

Ed Harris of Okanagan Mission in Kelowna won the individual boys’ title with a two-round score of three-under par. That was good for a three-shot win over Danny Im of Walnut Grove and Ryan Liang of St. George’s. Chelsea Truong of Oak Bay won the girls title. She finished the tournament at even-par, three shots up on Chloe Tran of Walnut Grove and Anaya Bhandal of Fraser Heights in Surrey. 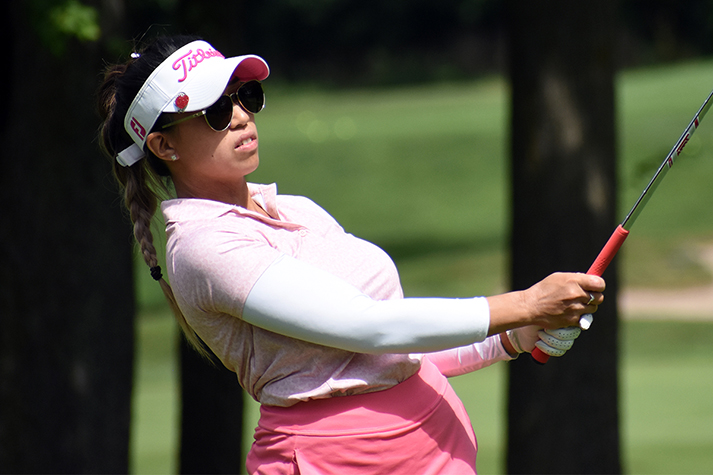 HOWLETT HEADS SOUTH: Macdonald is losing a key member of his men’s team as Delta’s Russell Howlett, who just finished a strong freshman year at UBC, is transferring to Cal State Fullerton in southern California. Howlett said he thoroughly enjoyed his year at UBC, but couldn’t pass up an opportunity to play NCAA Division I golf.

“I am really excited, they went to (NCAA) regionals two years ago, so they have potential to be a good team,” Howeltt said. “I really like the coach and area. It was a difficult decision in that I really like Chris (Macdonald) and he was very helpful to me and I didn’t want to leave Shaughnessy Golf Club, where we practice and play. But I want to turn professional after college and I thought this would be the best decision to try and get me there.”

DEFENDING CHAMP: The 26th annual Glencoe Invitational, which goes June 16-18 in Calgary, will feature a strong British Columbia presence. About 20 B.C. players will tee it up in Calgary, including Richmond’s Christine Wong who will be defending her title in the women’s professional division.

The women’s pro winner will earn $15,000. B.C. Mid-Amateur champion Nonie Marler of Vancouver and B.C. Senior Women’s champion Shelly Stouffer of Nanoose Bay are among British Columbians competing in the women’s amateur division at The Glencoe. B.C. Mid-Amateur champion Patrick Weeks of Vancouver is competing in the men’s amateur division.

LEE GOES LOW: Coquitlam’s Henry Lee had quite the second round at the Fortox Colombia Classic on the PGA Tour Latinoamerica circuit. After opening with a one-over 71, Lee carded an eight-under 62 in the second round that included seven birdies and two eagles. Lee carded weekend rounds of 66 and 70 to finish tied for 38th at 11-under.

That matched Lee’s best finish on the PGA LA. He also tied for 38th at last month’s Quito Open in Ecuador. The Colombia Classic was the final regular-season event on the PGA Tour LA. The Bupa Tour Championship goes June 23-26 in Tulum, Mexico. Lee did not qualify for that event.

CHIP SHOTS: Robbie Shelton, who won the 2017 GolfBC Championship at Gallagaher’s Canyon Golf & Country Club in Kelowna on the PGA Tour Canada circuit, won the BMW Charity Pro-Am in South Carolina for his third victory on the Korn Ferry Tour. . .Former LPGA Tour regular A.J. Eathorne was on hand to celebrate the 100th anniversary of Penticton Golf Club this past weekend. Eathorne, who is now a realtor in the Vernon area, grew up playing on Penticton GC.