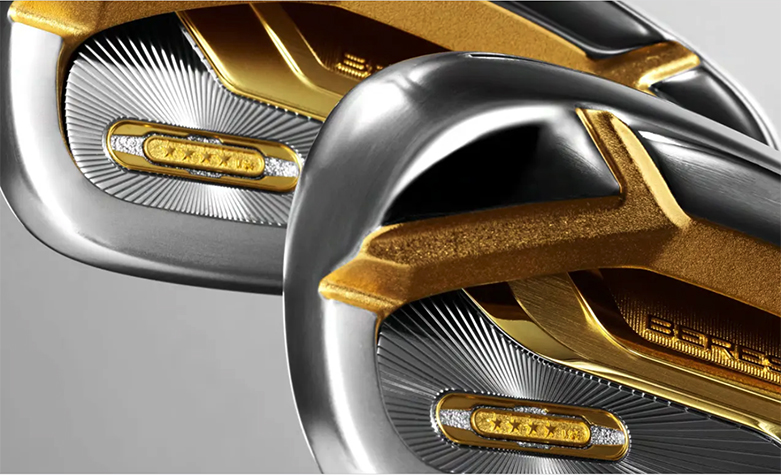 A new golf shop is about to open in Coquitlam, but there won’t be any equipment from the likes of Callaway, TaylorMade, Titleist or Ping lining its walls.

Instead, the GreenTee Golf Shop, located on the Lougheed Highway not far from Ikea, will feature names like Honma, Majesty, Fujimoto, Miura and Itobori. Golf Town this is not.

“It’s only 2,500 square feet so it’s minimal if we compare it to Golf Town, but what we carry is actually very top tier,” says Bo Wu, who is director of JK World Group’s golf division. “We don’t carry any of the North American brands.”

JKWG recently purchased Pagoda Ridge Golf Course in Langley and has other projects in the works that are making it a significant player in the British Columbia golf business.

Its GreenTee Golf Shop clearly caters to golfers who are comfortable digging deep into their wallets for a set of clubs. So how much can you spend? Well, they’ve got a 5-star set of Honmas that will set you back about $100,000, which is more than what it would cost to join Capilano Golf & Country Club. They’ve also got a putter that runs about $25,000.

Of course not everything is that expensive. But you’re not going to walk out the door having spent $1,500 for a set of clubs. “Everything is hand-made, hand-forged,” Wu says. “And also on top of that we have some very high end golf fashion from Korea. And because of the connections we have we are very lucky and honoured to have exclusivity. Those brands are only available through the GreenTee Golf Shop.”

The shop, located at 1200 Lougheed Highway, has a fitting centre and has hired master technician David Craig, who creates clubs with a vast selection of high-end shafts on site. JK World Group was incorporated two years ago and has some ambitious plans over the next few years. The company has purchased property in Richmond and plans to build what it is calling the largest indoor golf centre in North America.

Construction at the site -- the former Mobler furniture warehouse location on Sweden Way -- is scheduled to begin this summer with completion set for 2024. It will include 20 rooms equipped with Golfzon simulators that feature a moving hitting mat that allows golfers to hit off of sidehill, uphill and downhill lies. The mat also has different surfaces to simulate hitting shots out of the rough or sand.

The Richmond facility will also have five VIP rooms. Each will be more than 1,300 square feet and will be equipped with its own bar and washroom. JKWG is a Canadian distributor for Golfzon and hopes to market the simulators to condo developers. The company also plans to open a second indoor golf centre in Coquitlam after completing its initial Richmond project.

The company is not completely focused on golf. Last January it opened Jess’ Restaurant, which serves high-end Asian fusion cuisine on 41st Avenue in Vancouver’s Kerrisdale neighbourhood. It also has plans for residential development projects.

HAWAII CALLING: Merritt’s Roger Sloan and Adam Svensson of Surrey are among five Canadians scheduled to tee it up at this week’s Sony Open in Hawaii. It’s the first full-field PGA TOUR event of 2022. They’ll be joined by Ontario natives Corey Conners, Taylor Pendrith and Michael Gligic. The Abbotsford duo of Adam Hadwin and Nick Taylor are sitting this one out and are expected to make their 2022 debuts at next week’s American Express tourney in La Quinta, Calif. The Sony Open is played at Waialae Golf Course in Honolulu. In his rookie year on the PGA TOUR, Svensson opened the 2019 Sony Open with a nine-under 61 to take the first-round lead. He ended up tying for 43rd place.

BAHAMAS BOUND: The Korn Ferry Tour is set to begin a new season with the first of back-to-back events in the Bahamas. Vancouver’s Stuart Macdonald is fully exempt after finishing 60th on last season’s points list. Players will be competing for more money this year as Korn Ferry Tour purses are now a minimum of $750,000 US. Both of the Bahamas events run Sunday through Wednesday. The first of the two, the Bahamas Great Exuma Classic at Sandals Emerald Bay, begins Jan. 16.

MCDONALD TOPS LIST: The PGA of BC has released its annual list of its top 100 golf professionals. The list is determined by the association’s Professional Development Program Order of Merit. Topping the list for 2021 is Brian McDonald, executive professional at Fairview Mountain Golf Club in Oliver.

JUST SUPER: Dean Piller, the longtime superintendent of Cordova Bay Golf Course in Victoria, has been named the winner of the Canadian Golf Superintendents Association’s Gordon Witteveen Award for 2021. The award is presented annually to the superintendent or assistant superintendent who has authored the best article for publication in the CGSA GreenMaster Magazine during the year. Piller’s article, entitled Managing Your Golf Course Ecosystems, chronicles 30 years of managing Cordova Bay. This is the sixth time Piller has won the Gordon Witteveen Award.