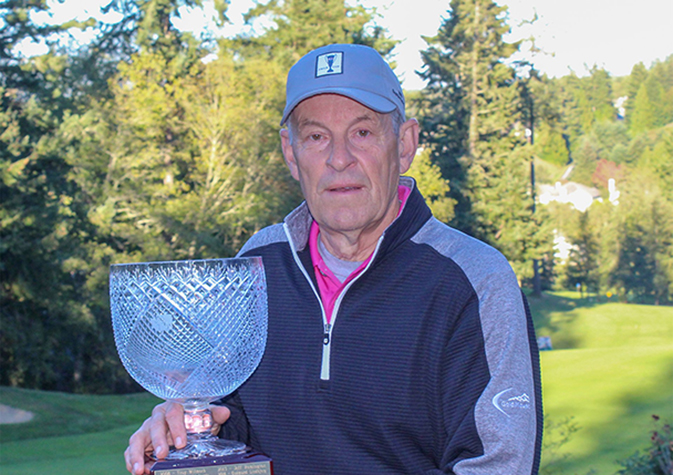 Lindbjerg produced a rather remarkable amateur golf career despite not playing the game until he was 29. He emigrated from Denmark in his early 20s and at that time was more interested in hunting ducks than chasing birdies on a golf course.

But after trying the game for the first time, golf had him hooked. He shot even-par with a borrowed set of old clubs the first time a buddy took him out for a round on a nine-hole course. “The next time I think I shot 100, but then I got hooked,” Lindbjerg joked a few years ago.

“We certainly did a lot of travel together for the last 25 years,” Gallacher said. “We played as a team when we could. Our wives used to say to us, you two should be spouses because you see more of each other than you do your wives.” 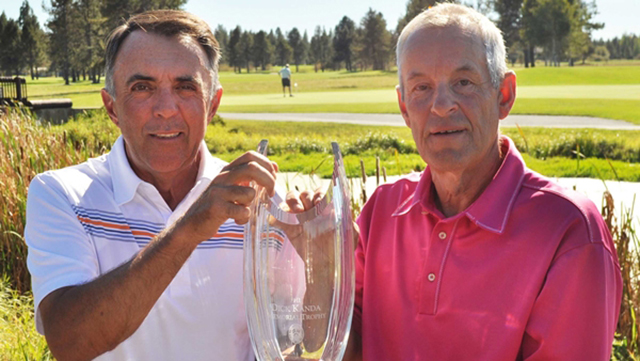 “When I first met him he was paired with me at the Golden Ears tourney at Pitt Meadows when I was a member there. I convinced him to join because he was playing public golf. He was pretty good back then, but it really changed his outlook on golf because he had a facility he could play and practise at. And he had a job that allowed him to work very early in the morning and get off at lunchtime and go and play golf every day.”

Lindbjerg, who worked in the B.C. fish industry for many years before retiring, was diagnosed with cancer earlier this year and Gallacher said treatment failed to thwart the disease. 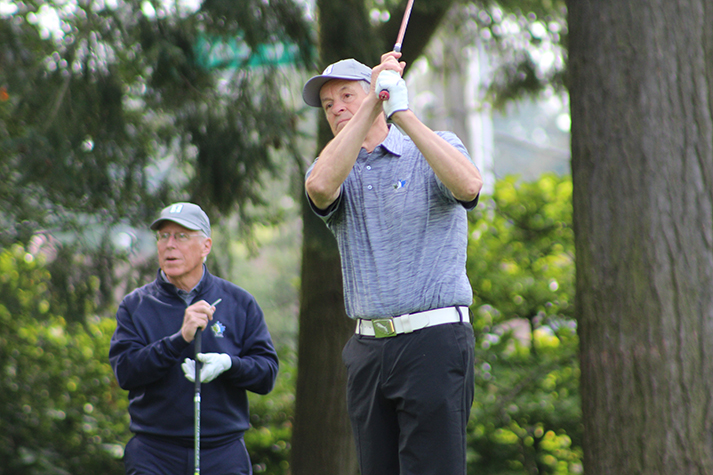 “He was always trying to help other people with their games,” Doka said. “If you played with him, whether you wanted his advice or not, he was going to give you some information on how to play golf.  “He knew how to win. He’d show up for a tournament and he’d be ready to play.

"He put a lot back into the club as well. He volunteered on the greens committee and he was the resident mole catcher for a long time here. He’d be out there setting traps to catch moles. He was just very respected for his golf, but also the person he was.”

Doug Roxburgh, a 13-time winner of the B.C. Amateur Championship and a four-time B.C. Seniors champ, also respected Lindbjerg as a player and a person. “He was the one guy I always wanted to know what he was doing on the course,” said Roxburgh. “Gudmund was very athletic. He worked out and kept himself fit and man, he could hit shots the rest of us just couldn’t hit.

“He was a fierce competitor. I know at times he didn’t believe in his putting, but whenever I played with him he made plenty of putts and hit so many fantastic shots.”

Lindbjerg is survived by his wife Elaine, three daughters and five grandchildren.