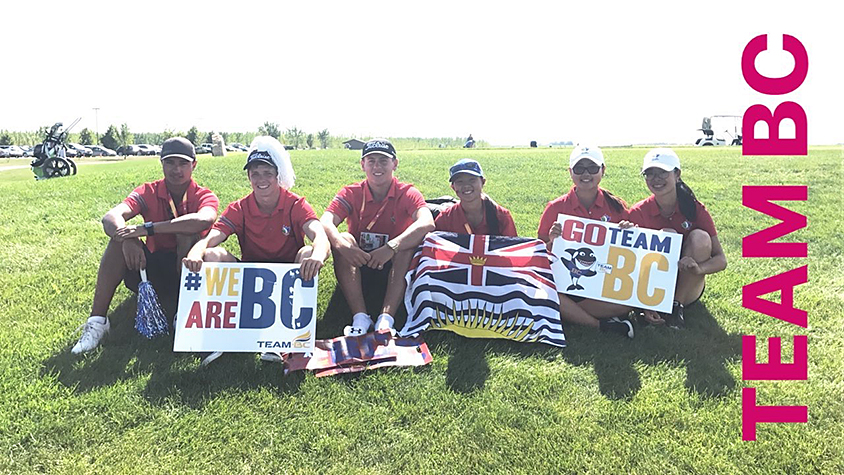 The gold rush finally ended for Team British Columbia at the Canada Summer Games, but there were plenty of silver linings.

British Columbia had swept all eight gold medals in the first two Canada Games, in 2009 and 2013, where golf was contested. This year, it was Quebec’s turn. Quebec won both team competitions and also captured both individual titles on Friday.

Lau and teammates Hannah Lee of Surrey and Tiffany Kong of Vancouver finished the team competition at five-over par. That was eight shots behind Quebec. “We all played pretty good and tried our best,” Lau said in a telephone interview. “We are all proud of each other.”

Lau, who last month won the B.C. Junior Girls Championship, had a one-shot lead in the individual competition when the final round began. She played Friday not feeling her best after falling ill Thursday night. “I was actually pretty sick last night so the entire round today was a grind for me,” Lau said.

“I kind of fell back in the middle of the back nine and was just trying to stay in the silver spot. I'm not too sure what happened. It was pretty warm today but I had my jacket on and everything. I was feeling a little light-headed. I did my best. There was nothing I could do about it.” 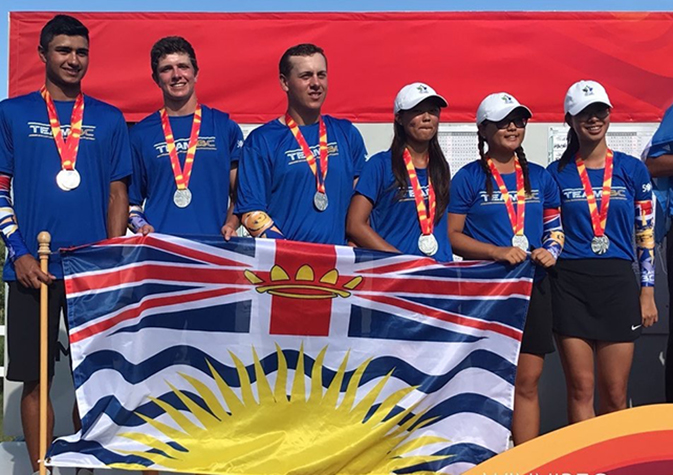 Lau closed with a four-over 76 to finish the 72-hole competition at one-over par. That was six shots behind Celeste Dao of Notre-Dame-de-L’Ile-Perrot, Que. Lee finished alone in fifth place at seven-over, while Kong was eighth at 14-over.

The B.C. boys team of Mandur and Victoria residents Nolan Thoroughgood and Keaton Gudz finished at eight-under par, six shots behind Quebec. Mandur had to settle for bronze after losing on the second-hole of a sudden-death playoff with Louis-Alexandre Jobin-Colan of Quebec City. Both players completed 72 holes tied for second at three-under par. That was four shots behind gold-medal winner Christopher Vandette of Beaconsfield, Que.

It has been a nice couple of weeks for Mandur, who is about to start his freshman year at the University of Utah. Last week, he finished second at the Canadian Junior Boys Championship. “Gold would have been great, but it is still a good finish for B.C.,” said Mandur. “I think we are all very happy. My game feels good. My ball-striking has been solid. I haven’t putted as well as I’d like.”

Thoroughgood finished alone in sixth place at one-under par, while Gudz was ninth at four-over par. Lau and Mandur called the Summer Games a terrific experience, both on and off the golf course.
“This whole experience at the Canada Games has been awesome,” said Lau, who is about to begin her freshman year at the University of Colorado.

“We went out to watch some other sports and cheered on Team B.C. It was a lot of fun to be part of a team sport this week. It is something I will see more of as I head to college.”

“It has been phenomenal,” Mandur said. “It has been great to be part of a multi-sports Games like this. The whole vibe with the atmosphere here has been awesome.”