The 20 Per Cent Discount For American Golfers 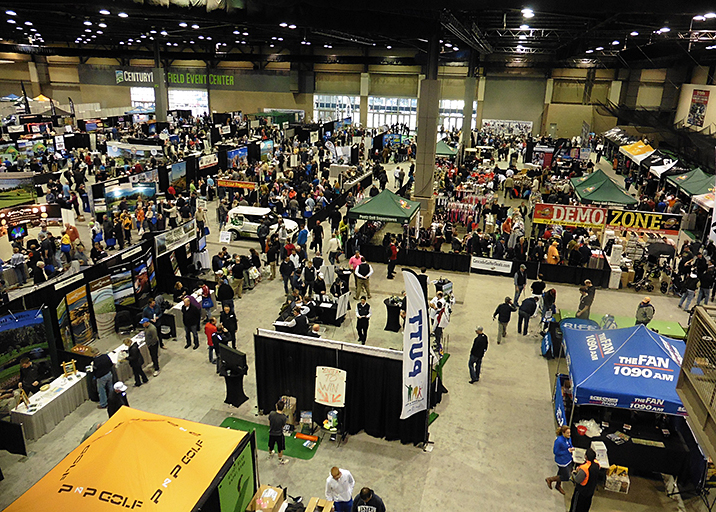 Thousands of American golfers came to the Seattle Golf Show looking for golf bargains and discovered the 20 per cent discount by planning to come to Canada.

Thousands of American golfers came to the Seattle Golf Show looking for golf bargains, yet only three Canadian exhibitors were astute enough to advertise to this growing segment of customers.

“It’s been busy from when they opened the doors,” said Chris Currie, Bear Mountain Golf Club sales manager. “When their dollar is at $1.20, that’s immediate savings for the American golfer.”

Bear Mountain was advertising stay-and-play packages as low as $109 US, which includes a traditional room at the Westin Bear Mountain Resort, a round at either the Mountain or Valley course, power cart and use of the practice facility.

“It’s a great deal and how I judge it is, last year, when we were at this show and the Canadian dollar was over 90 cents, there wasn’t a lot of interest in Americans coming up north,” said Currie. “This year, it’s been terrific and we’re looking forward to welcoming a lot of Americans to Vancouver Island’s premier golf resort.”

Currie was so busy that he needed the assistance of Bear Mountain associate golf professional Justin Ford. Both of them were constantly talking to interested golfers, which was the same story at the Golf Whistler booth. 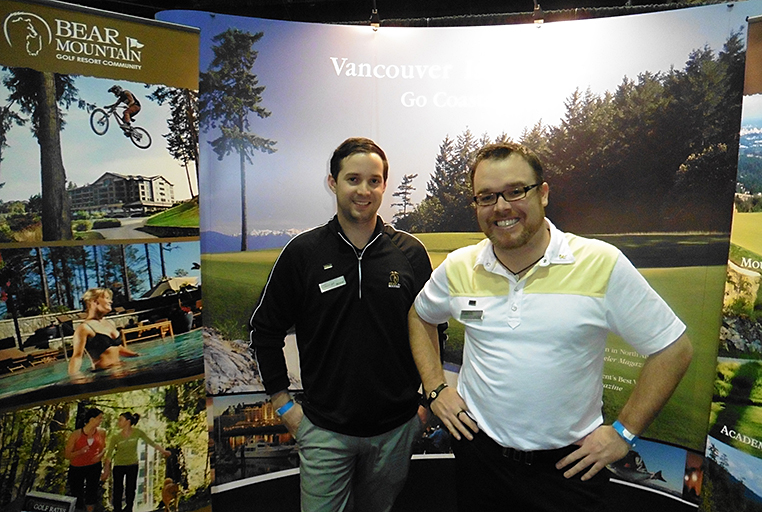 For the third Canadian exhibitor, Ross Marrington of Golf Travel with BCgolfguide.com, it was all about rolling with the punches and changing his marketing focus to capitalize on the rising American dollar and falling Canadian dollar.

“In years when the Canadian dollar was so strong, I had so many groups from BC and Alberta going with me to Chambers Bay and to Oregon,” said Marrington. “Now that it’s reversed, I’ve got a lot of American interest to come to the Interior, to Vancouver Island, to Vancouver, because their dollar is going 20 per cent further.”

Marrington said his bookings at Bear Mountain are very strong, as are packages to Kelowna and Kamloops. And it’s not just from his American customers where those bookings are coming from, as Marrington has worked with his Alberta customers, who have previously wanted to venture south of the border, to get them to British Columbia resorts where their dollar is still worth a dollar and not 80 cents.

“I’ve been doing this since 2002 and now I’m the largest golf travel specialist in Western Canada,” said Marrington. “We’ve seen growth in every year. There’s never been a dip in my business because I try to be responsive not only to my customers but to market conditions. I pick up the phone at 7 p.m. on the weekend and we design our trips with the customer’s needs in mind.” 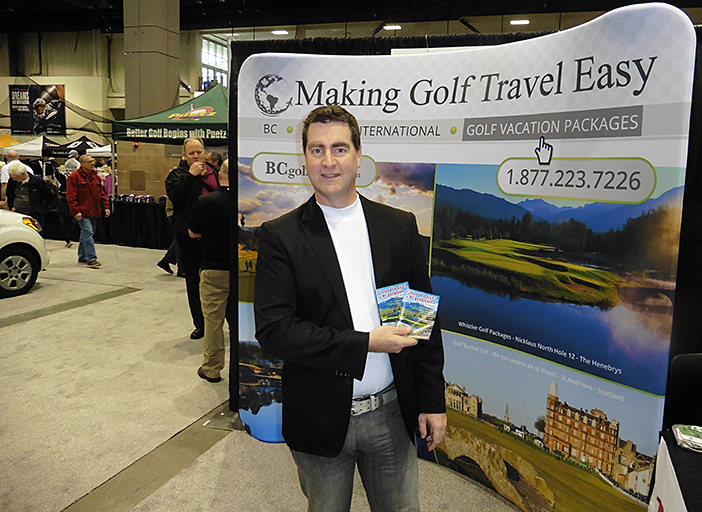 Bcgolfguide.Com’s Ross Marrington Has Been Running Tours All Throughout The Pacific Northwest Since 2002 And The Declining Canadian Dollar Means He Just Has To Change His Focus To Continue Giving Value To His Customers - Image Credit Alfie Lau

It’s not all doom and gloom for American golf courses because even with an 80 cent Canadian dollar, thousands of British Columbians are still scheduled to come down to Washington State this June for the U.S. Open at Chambers Bay.

Those thousands of golf fans will still be spending money in hotels and restaurants, exchange rate be damned, and if they plan correctly and get down to Tacoma in the next two months, they can even test themselves on a U.S. Open set-up that can play as long as 7,900 yards.

According to Eric Steimer, assistant manager for the 2015 U.S. Open, Chambers Bay is still open until the end of May with limited play days so as to preserve the condition of the fescue grass for the U.S. Open. And those tee times are being snapped up by golfers, especially with the mild winter providing spring-like golfing conditions.

And lest Canadians get too disappointed about a dipping Canadian dollar, economics can change quickly and if oil prices rise in the next couple of months, the Canadian dollar will rise, perhaps back to the 90 cent level seen in spring 2014.