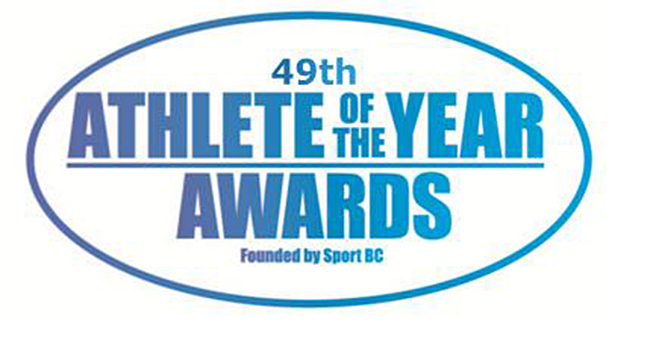 (Vancouver, B.C.) - British Columbia Golf is pleased to announce the nomination of five outstanding golfers in their respective categories for the Sport BC Athlete of The Year Awards.

The gala event, being held March 12, 2015, is the longest standing provincial sports award program in Canada to recognize the accomplishments of amateur athletes, coaches and officials.

Nominated as Master Male Athlete of the Year, Vancouver's Doug Roxburgh is the 2014 B.C. Senior and Canadian Senior Champion. The Marine Drive GC member is a 13-time B.C. Amateur Champion, 4-time Canadian Amateur Champion and has been inducted into both the B.C. and Canadian Golf Hall of Fame. “When I think of how much golf has given me, I can’t help but think this is such an unbelievable game,” said Roxburgh. “There’s no other sport like it. You can play it from when you’re a kid to when you’re old. You can play it with your family, from playing with your dad to playing with your kids and grandkids. I think of all the friends I’ve made through the game and how good the game has been to me. I owe so much to this game.”

There must be something in the water in Port Alberni as they also lay claim to Christina Proteau, who is up for the Senior Female award. Aside from accepting her third straight PNGA Women's Mid-Amateur Award, Proteau won the B.C. Women’s Mid-Amateur Championship and then followed that up by taking her third consecutive Canadian Women’s Mid-Amateur title, which she won while she was 5 months pregnant.

Up for Senior Male Athlete of 2014 is Surrey’s Adam Svensson, the number two ranked male amateur golfer in Canada. As a junior at Barry University in Florida, Svensson won seven of the 12 NCAA Division II events he competed in, a record that earned him the Jack Nicklaus Award for best Division II golfer in the nation. He was also named the PNGA’s Male Golfer of The Year and recorded a T8th in the Canadian Amateur as well as T4th in the 112th B.C. Amateur.

The nominee for Junior Female Athlete of the year is Victoria’s 17-year-old Naomi Ko. A Team Canada Development Team member, Ko, who was named the PNGA Junior Girls’ award winner, had a stellar 2014, which included winning the B.C. Junior Girls’ Amateur Championship and finishing runner-up at the B.C. Juvenile Girls’ Championship. She also added the CN Future Links Ontario title to her list of achievements for the year.

Get your tickets to the 49th Annual Athlete of the Year awards.