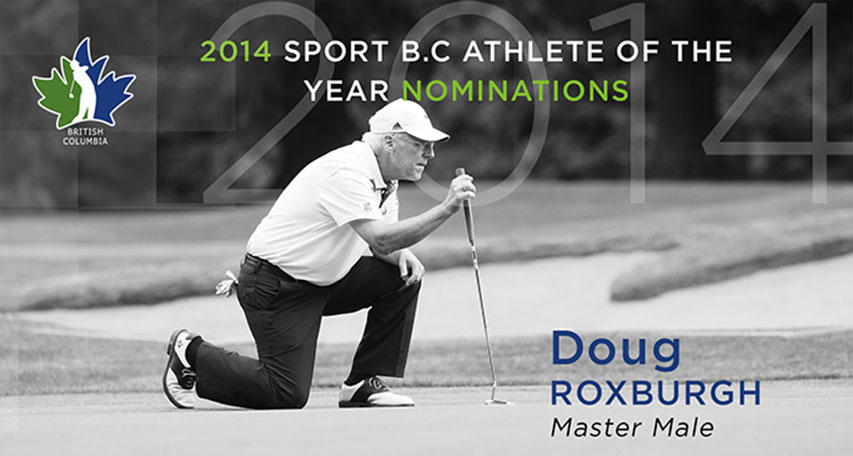 Doug Roxburgh of Vancouver has been nominated for the Sport BC Master Male Athlete of the Year Award.

One of the true amateur golf legends in Canada as well as his home province of British Columbia, the 62-year old (turning 63 on December 28th) has continued to add to his trophy case throughout a decorated career.

Roxburgh will find out at the Sport BC Athletes of the Year Awards on March 12, 2015 whether he’ll be adding yet another award to his already impressive collection.

Roxburgh not only defended his 2013 British Columbia Senior Men’s Amateur title by winning again in 2014, he also added the Canadian Senior Men’s Championship to his list of accomplishments.

Other achievements in 2014 included qualifying for the Match Play portion of the U.S. Senior Men’s Amateur, placing 4th at the BC Mid-Master Championship and 9th in the BC Mid-Amateur. 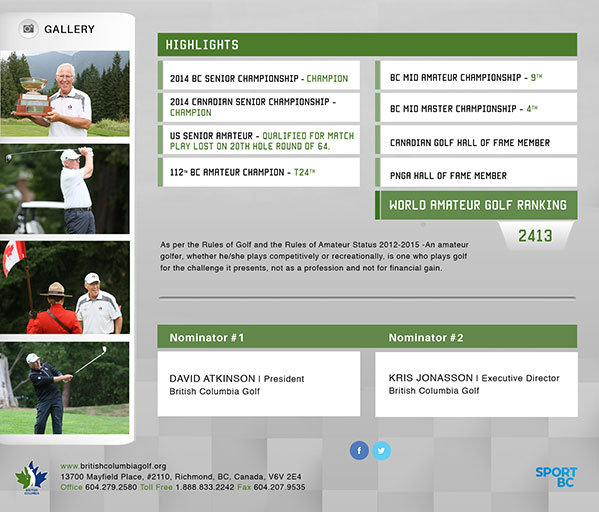 Already a mind-boggling 13-time British Columbia Men’s Amateur Champion, Roxburgh recorded a top 25 finish in the 2014 BC Amateur making it the 47th time in 48 years he has made the cut in the event.

He also counts among his list of victories during his amateur career, the Canadian Junior Championship in 1970 and four Canadian Amateur titles to go with his 13 wins in the B.C. Amateur. Roxburgh has been a member of the British Columbia Willingdon Cup team 15 times while representing his country on six World Amateur teams.

The 2014 winner of the Sport BC Master Athlete of the Year award was track athlete Christa Bortignon of West Vancouver.