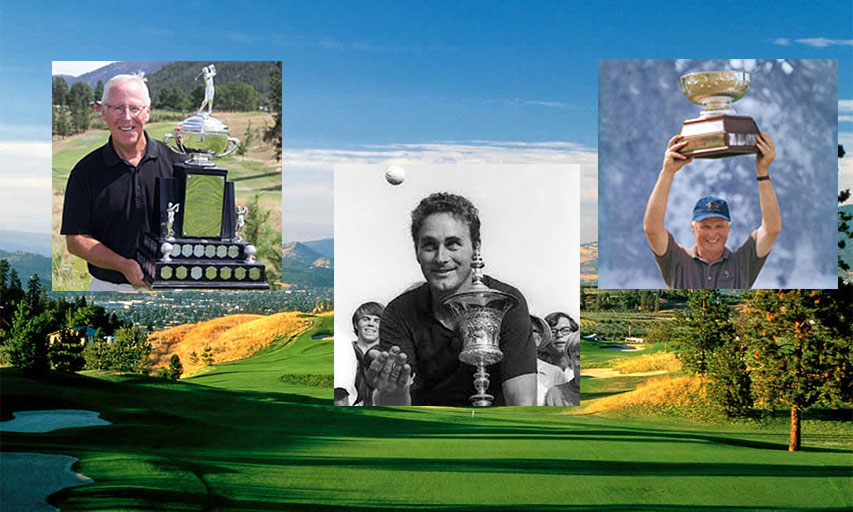 What would it take to help you make the decision to remain an amateur golfer or turn pro?

For one Hall of Famer, it took a plane crash.

On a miserable December night 60 years ago, a young Marlene Stewart was returning to Toronto from college in Florida. The pilot undershot the runway and the plane careered into a field, shearing off a wing. A terrified Marlene and a friend escaped through the hole created when the wing was torn off. As they ran from the wreck, it burst into flames and exploded. Miraculously, no one was killed although there were some injuries.

“It is true what they say. My life flashed in front of my eyes,” Marlene told me recently. “I had been approached to play on the LPGA and I had played in a couple of events as an amateur. I realized I didn’t want some of the aspects of the LPGA lifestyle. I wanted a real life. I knew I wanted to marry Doug [Streit] and have a family. I got to do that and play all the golf I wanted.”

And, without a doubt, more golf than her opponents wanted her to play. Marlene Stewart Streit always played to win, and usually succeeded.

The Canadian Hall of Fame and Museum website and those of every provincial golf association list the bios of many outstanding career amateurs. Their accomplishments are extraordinary, but is their kind a dying breed? Are the perceived glamour and wealth of the pro tours luring all our best young golfers to the detriment of the amateur game? Is the grass on that side of the fence (ropes?) truly greener?

“Everyone says, ‘Look at Mike Weir. He made it big on the PGA Tour,’ but what they forget is that he worked harder than anyone, rebuilt his swing, and it still took him half a dozen tries to get through qualifying school,” points out Warren Sye, who counts two Canadian Amateurs and five Ontario Amateurs among his more than 120 tournament wins worldwide. Sye, a member of the Ontario Golf Hall of Fame, admits he was briefly tempted to turn pro after graduating from the University of Houston alongside teammates—and future Tour stars—Fred Couples and Blaine McCallister.

“But I wanted a real life, with a family and a career. When I won the 1988 Ontario Amateur, Gary Cowan took me aside and said, ‘Now you will really start to enjoy this.’ He was talking about playing on international teams and travelling around the world playing for Canada. And he was right. Playing on those teams was fabulous. It was what we all gunned for back then.” In all, Sye would represent Ontario and Canada 11 times internationally, most notably as a member of the victorious World Amateur team in 1986.

Cowan, who still shoots his age or better at age 74, says his advice to Sye came naturally. His Hall of Fame resume is breathtaking, to the point where he was named Canada’s Male Amateur of the 20thCentury. The only Canadian to win two U.S. Amateurs, he started his on-course onslaught by winning the Canadian Junior title in 1956. He went on to win the 1961 Canadian Amateur, was low amateur at both the Canadian Open and the Masters (he played in eight Masters in total), and was the medallist at the 1962 World Amateur Team Championship. In international play, he was a fierce competitor, representing Canada 19 times in tournaments from Brazil to Japan.

With a resume like that, wasn’t he ever tempted to turn pro? “It was a different time. There was a temptation to go pro but there just wasn’t the money until Arnie [Arnold Palmer] and TV came along. I had no qualms about having a career and a family. I didn’t want to live out of a suitcase. I have no regrets. I travelled all over the world on international teams. I raised four great children, had a good career in business, and played a lot of golf. “

(Note: Later in life, both Sye and Cowan would give the Senior PGA Tour—now the Champions Tour—a try without much success. Both were reinstated as amateurs.)

Harking back to Sye’s comment about Mike Weir, Stu Hamilton says, “For every one that makes it to the pros, there are maybe a thousand who don’t make it and you never hear of again. They end up giving lessons on a range somewhere or selling golf balls or simply burn out and get out of golf altogether.” That was not the life for Hamilton and it turned out to be a wise decision.

In 1963, he won the Ontario Junior but it wasn’t until 1986, at the age of 41, when he captured his next significant title, the Ontario Amateur. Oh, he came close many times, including six runner-up finishes in the Canadian Amateur, but that wasn’t enough to entice him to go pro.

“I had people early in my career who encouraged me to turn pro but I told myself that if I couldn’t win the Ontario Amateur, the [now defunct] Ontario Open and the Canadian Amateur all in the same year, then I just wasn’t good enough to compete against the pros. Whenever I played in the Canadian Open as an amateur and saw the pros in action, I was in absolute awe. It is a big step up. Aside from there not being a lot of security or money on Tour back then, living out of a suitcase away from my family didn’t appeal to me. I wanted to keep golf as a major part of my life, not my whole life. I wanted balance.”

The “suitcase” reference was a constant with every Hall of Fame amateur I spoke with, as was “balance” and “security.”

“I loved being an amateur and have done that for six decades,” says Gayle (Hitchens) Borthwick. “There is a longevity in amateur golf that doesn’t exist in the pros.” Her well-deserved induction into the Canadian Golf Hall of Fame came thanks to a resume bulging with three U.S. Senior Amateur titles, wins in the Canadian Amateur, Mid-Amateur and Senior Amateur, and a lengthy list of international teams. Her life-golf balance was enhanced by the fact that she was a schoolteacher, leaving her summers open for competitive golf.

“There is a huge difference between amateur golf and pro golf,” says Borthwick, who is the daughter and wife of club pros. “You don’t want to waste a lot of years if things don’t work out. It is a job and the pressure is tremendous. It is so grueling, physically and mentally. You have to be committed to that and exclude everything else. Big money means big competition.” 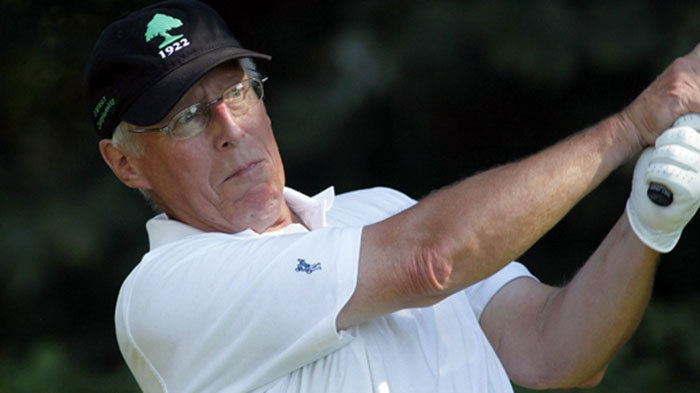 Fellow Hall of Famer Doug Roxburgh understands. At 62, he has just returned from the U.S. Senior Amateur after winning the Canadian Senior Amateur. The four-time Canadian Amateur champ left his accountant’s career in 1999 to join Golf Canada as an advisor on elite player development before retiring in 2011. Understandably, over the years, he frequently has been asked two major questions: Why didn’t you turn pro? Should I stay amateur like you or turn pro?

“I never did seriously consider turning pro back in the early to mid 1970s. And I have no regrets at all. I got to travel just about every year with international teams [including seven World Amateur teams], meet friends, see the world. The pro life isn’t as glamourous as it may look unless you are among the top players. Now it might be a different story. There are many more tours all over and a lot more money. I might give it a try.

“I don’t discourage young players who want to give it a shot but, realistically, they have to hit certain benchmarks. You have to be successful at every level and test yourself against the best in major amateur events, not just at home, but elsewhere.”

Graham Cooke gets asked the same question, to the point where he has worked out what he calls “tags” to determine whether a golfer has the wherewithal to be successful on tour.

“First, you must be able to play to an honest plus-4 handicap or better across the board. Second, you must be able to have bogey-free rounds. You must have consistently low rounds, and you must be able to perform and dedicate yourself 9 to 5 to your game. If you don’t have those tags, then go to college and work on your game against top competition. Then if at some point you think your game is where it should be, maybe that’s the time to try turning pro.” 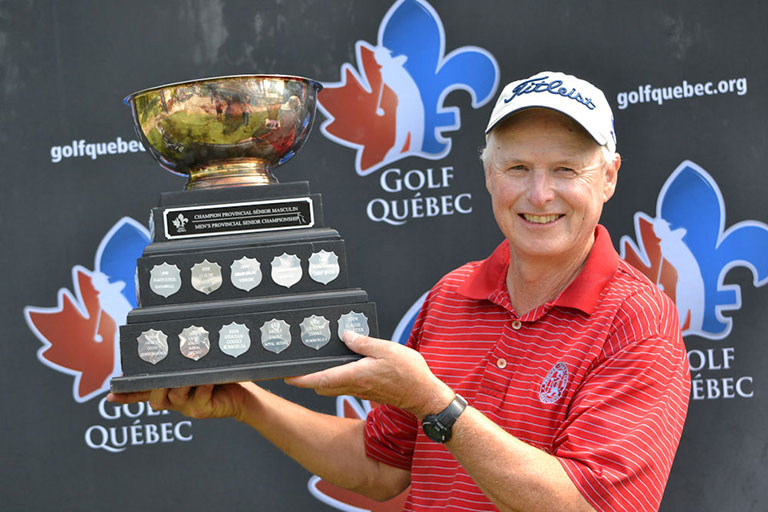 Despite being named an honourable mention All-American during his time at Michigan State, Cooke says his game never really rounded into form until later in life when he would win seven Canadian Mid-Amateur titles and then four Canadian Senior crowns. As one of Canada’s most notable golf course architects, he says his decision was the right one. His expertise at playing the game not only impresses clients but allows him to understand the strategy and subtleties of good course design.

Typically, Streit, for whom winning was everything (although she says, “My greatest joy was representing Canada”), is more blunt.

“Now, every good young player wants to turn pro. I always say, ‘Get an education. They can never take that away from you.’ I also say, ‘Don’t get caught up in just having fun. Get a real life!’ Too many players these days are prepared just to make the cut. So you go into Saturday in 60thspot. What do you expect to finish? 40th? That’s not acceptable. Your expectation should always be to win. Let your clubs do the talking. If you are good enough, the rest will follow.”

Would, assuming real and lasting professional success, “the rest” she mentions include a place in a Hall of Fame? Possibly. But resumes filled with mediocre finishes on satellite tours aren’t likely to impress voters. They are, more likely, to mean sharing two-star motel rooms with relative strangers when you’re on tour and living with your parents at age 35 when you aren’t. But that doesn’t have to mean a life sentence. Reinstatement as an amateur is always a possibility. And, sometimes, good things are worth the wait.

Like Cooke, Hamilton rediscovered his golf groove in middle age when he would win, among other titles, five Canadian Mid-Amateurs. His emphasis on education (he was a longtime banker) and life-golf balance proved right for him.

“Being a career amateur should always be an option. But turning pro seems to be every good young player’s dream these days. But get your education. Then, if you want, follow your dream and if it doesn’t work out, you have that to fall back on.”

“Here’s the thing,” concludes Sye. “Live your dream if you want but if you can’t beat the amateurs in Canada, how are you going to beat Tour pros?”