Richmond, BC (British Columbia Golf) – Team Canada member and recent Kent State graduate, Corey Conners of Listowel, ON, finished as runner-up at the US Amateur Championship last week. The week prior, 16-year-old, Brooke Henderson of Smiths Falls, ON also came within reach of the US Women’s Amateur title, losing by two holes in the championship match to Kristen Gillman of Austin, Texas.

It’s safe to say, Team Canada is doing well. And they’re forcing the world to notice. 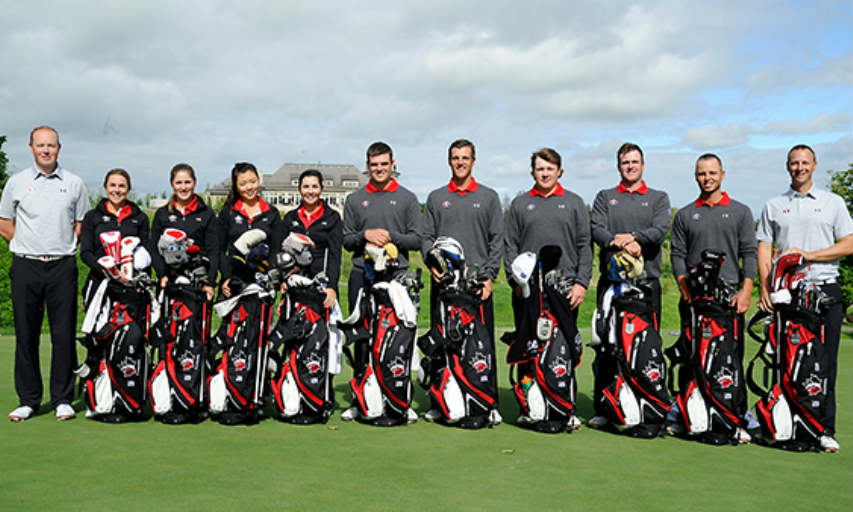 Just over a decade ago Golf Canada began a full year integrated men’s and women’s program to develop Canada’s amateur golfers, and the young athletes are earning the recognition they deserve.

As stated by the Golf Canada website, “The intention of the program is to provide the best possible support and services to athletes and assist them in attaining their long and short term goals. Quite simply, our mission is to produce the best amateur golfers in the world.”

As members of British Columbia Golf, you are also members of Golf Canada and contribute to the programs the organization runs, including the Team Canada Program. In essence, as members, you are helping to support the development of Canada’s amateur golfers.

The effects of the program can be seen closer to home by looking no further than Surrey, BC’s Adam Svensson, who has been with the team for five years. In that time, Svensson has excelled during his term at Barry University. In 2014 he received the Jack Nicklaus award, collegiate golf’s highest honour, after having another exemplary year in 2014 highlighted by seven wins and a season stroke average of 70.05.

Prior to his university career, Svensson was preeminent at the provincial and national levels developing with the assistance of Team Canada.

Currently BC has three additional players on the Team Canada Development Squad.

Naomi Ko, 16, has been with the team for two years and has proved to be a competitor to watch. Ko won the 2014 British Columbia Golf Junior Girls Championship in Kamloops and went on to place fourth at nationals. At the BC Women’s Amateur, the young Victoria resident finished at an impressive T4, finishing only six strokes behind the champion, fellow Team Canada Development Squad member, Taylor Kim.

Kim, too, is an example of the effects of the program. In recent years, The Kent State competitor has seen great success including the individual title at the 2013 Canada Summer Games, a first place finish at the 2011 Western Canada Games and now her first Championship title at the provincial level.

Kevin Kwon has spent three years with the team and has become one of BC’s highly decorated young amateur golfers. In 2013 alone, Kwon won the championship titles at the CN Future Links Championship, the Canada Summer Games and Canadian Boys’ Junior Championship and has since gone on to represent the University of Washington golf team with great success.

The athletes selected to take part in the program are required to commit to a personalized program that encompasses both physical and mental training in order to develop their skills.

The intention of the program is to fully and properly prepare Canada’s athletes to qualify and compete at elite levels, internationally and eventually for some, professionally, and your support as members of British Columbia Golf and of Golf Canada help to develop the next generation of great Canadian golfers.