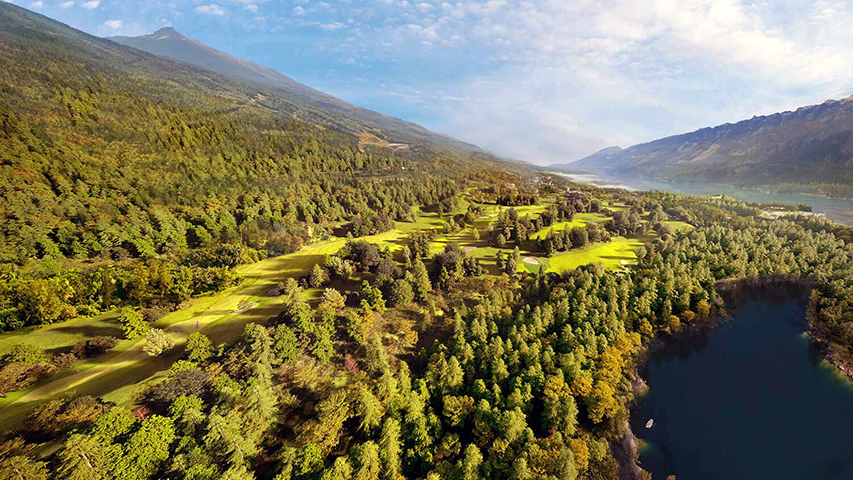 A Southwest Looking Rendition Of The Cabot Pacific Golf Course Being Built In Revelstoke By The Whitman, Axland & Cutten Golf Architect Group - All Images Courtesy WAC

By Gord Montgomery - Inside Golf

“This setting rivals the best in Canada—and across the world. Our goal is to create inspiring golf that will bring people together and stand the test of time.”

If you’re a fan of phenomenal golf products, such as the outstanding Cabot Links and Cliffs in eastern Canada, then as a Western Canadian you can take great pleasure in discovering that that brand of architecture is coming to Revelstoke, British Columbia.

Speaking on the phone about the latest Cabot-brand project, to be called Cabot Pacific, architect Rod Whitman (he of the famed Wolf Creek GC and Blackhawk in Alberta and Cabot Links in Nova Scotia) and partner Keith Cutten, of Whitman, Axland & Cutten (WAC Golf), expressed their pleasure in the land they're working on and what this enterprise will mean to this area in the mountains of eastern B.C.

As for coming to this part of country, Cutten explained that this wasn’t a spur of the moment decision by Cabot’s lead man, Ben Cowan-Dewer.

“One of the things with Cowan-Dewar was not to be happy with what you have, but to start looking elsewhere for other opportunities. The site of Cabot in Revelstoke is just so good. Ben’s looked at hundreds of properties over the last eight to ten years,” Cutten said about choosing this spot for the western expansion. “It was about four or five years ago when he’d first heard about it and travelled out there and thought it was just spectacular.”

Interestingly enough, Cutten pointed out, this particular piece of property had been scouted, and routed, in the past by Nick Faldo but nothing ever came of that as the economic crash of 2008 took that idea out of play. Asked if Cabot would use any of that previous routing, Cutten noted this layout was solely Whitman’s vision. 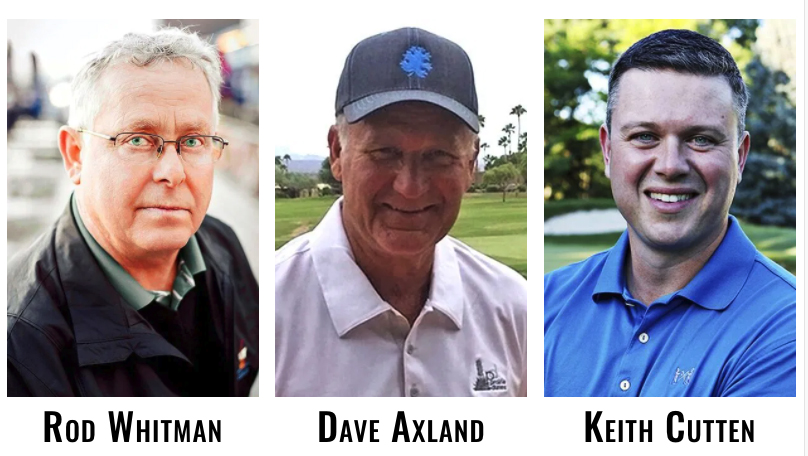 “We looked at it (previous routing plans) but we basically ignored it. Rod spent a lot of time out there, walking around the property. I don’t think we shared a single hole.”

As this project, which will include accommodations, moves along, all environmental concerns for both wildlife and vegetation will be carefully addressed.

“The way we approach a property is we always find land that is good for golf to begin with," said Cutten, noting there is only, “one really sensitive area, but we won’t disturb it. We aren’t anywhere close to it.” As well, the team is working closely with the environmental staff associated with the ski resort located in the same area and already in place.

“In the end, the game of golf has to stand out.” 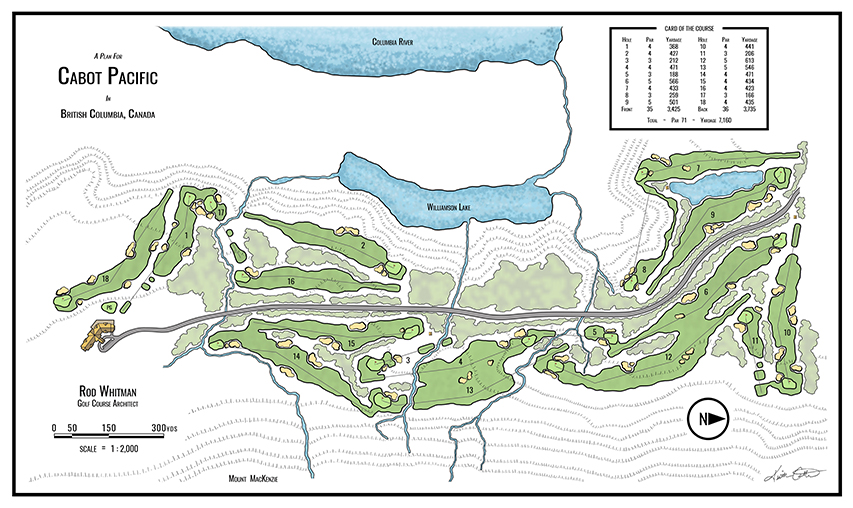 In changing his scope from prairie/seaside course design to building in the mountains, Whitman, a native Albertan, said this wasn’t a huge change in direction for him. While there will be some elevation changes incorporated in the design the course is on a bench, meaning the terrain is relatively level.

“For me at least, I spent my whole life preparing for projects like Cabot, Blackhawk, that sort of thing,” Whitman said of this switch. “This is just another opportunity to show what you can do as far as building and designing interesting and fun golf. Whatever challenges there are, we look forward to. It does take some talent to figure out the best way to use the property. I’m just looking forward to building a great golf course that everybody will enjoy,” regardless of the topography.

“I don’t approach this any differently than say links-land. You try to build great holes.”

While saying there “Will be some elevation changes,” at Cabot Pacific, Whitman wants to make this a layout where a power cart isn’t necessary. “Our best guess is that this will be walkable for a certain percentage of the population,” he stated. “I think it will be fine, I really do.”

Speaking of walking, when an architect ambles about a property prior to putting their vision on paper, it’s not simply a stroll in the park. Lots of time, and energy, is spent on numerous occasions checking out contours, flow, and sight lines.

Whitman explained that process, saying, “You have two things to start — a contour map and a guide of some sort, somebody familiar with the property who maybe knows where the boundaries are. And then you put your boots on and you go out there and spend some time walking around. You look for interesting features and in particular green sites, then work backwards sort of from there. 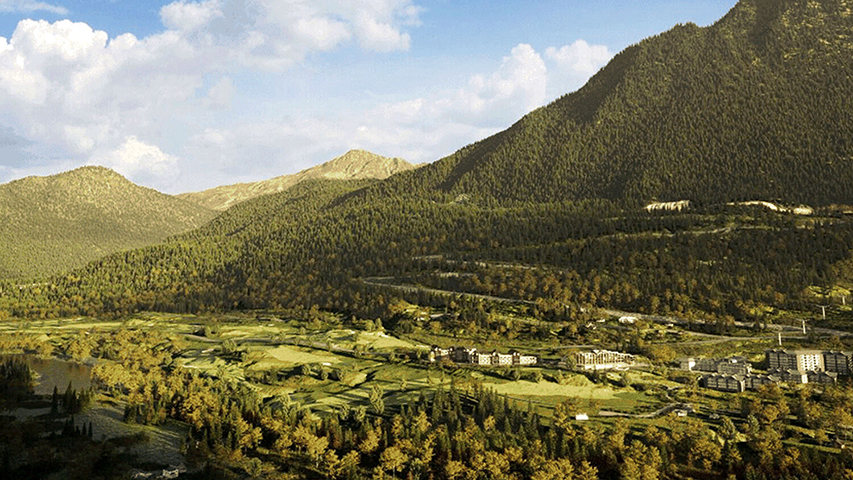 A Northeast Looking Rendering Of The Cabot Pacific Project In Revelstoke

It’s more of an exploratory thing. You eliminate some things and see some things and say, ‘Oh my god! Look at this! We can do something really special here!’ That’s the fun part of this. It’s a really creative process. You spend as much time as you need out there to find a routing that you’re happy with and then certainly the ownership would be happy too.”

The front side has a trio of par-3 tests with the longest of those set at 259 yards (remember - this if off the back deck!) while one of the four par-5 challenges, this one on the home stretch, is slated to be over 600 yards.

The course will feature wide fairways, large greens and strategically placed bunkering in a setting that will not only delight players’ eyes but their camera lens as well. What truly will mark this layout as special is its location.

Sitting on that previously mentioned bench at the base of Mount MacKenzie, it will overlook Williamson Lake and the Columbia River, offering outstanding vistas beyond the course itself. The golf property, adjacent to the Revelstoke Mountain Resort, sits on 200 acres of land.

While any Cabot project stands in a class of its own, this one is lining up to be another spectacular checkmark in the golfing world. And that’s not just due to the course itself, said the architect. 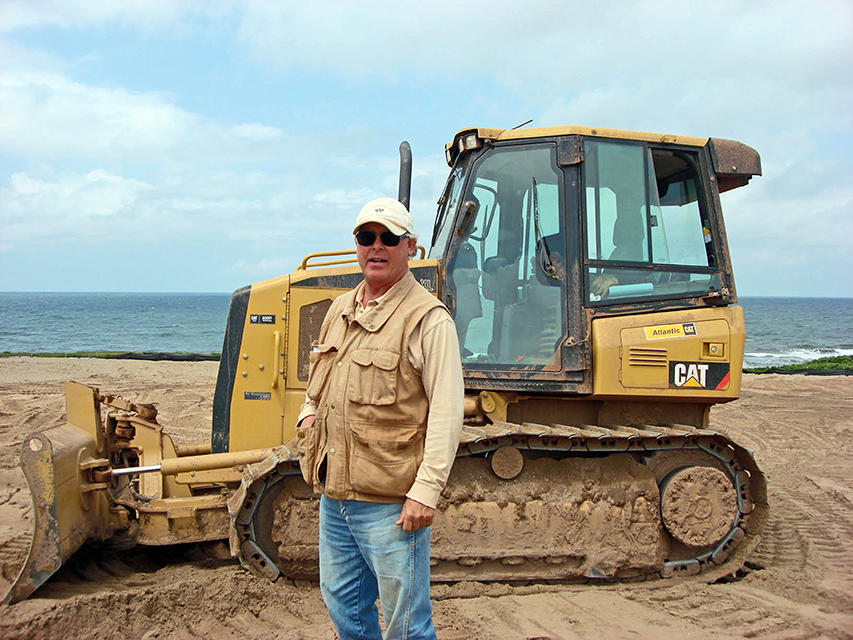 As a disciple of Stanley Thompson, Whitman is one who believes that hitting the ball long isn’t the be-all and end-all of the game. Rather, one should have to use imagination and judgement in deciding on shots rather than simply trying to bomb the ball over everything between a player and the hole. As a resort-oriented course this project will have room to spray the ball a bit but, at the same time, you can’t go willy-nilly off the tee on every hole.

“We want to have as much variety as possible,” he said of not sticking strictly to the resort style of course which generally means little trouble and lots of room for errant shots. “I think skill should mean something, too. Having it wide leads to different angles, and strategies, but we want to have a good mix, especially here.”

In regard to the economic spinoff this project will bring to the Revelstoke area, Cutten said while he doesn’t possess a crystal ball to foresee the future he feels it is going to be significant.

“When you look at what Cabot has done for Inverness in Nova Scotia, Bandon, Sand Valley, they all have huge economic benefits for the local population. “We’re not contractors so there will be local rentals, local staffing. From day one we’re going to have local people on-site, providing jobs and that will continue right through.”

In closing, Cutten stated the obvious for anyone familiar with past Cabot facilities: “What we do is build great golf! Ben chose this site because of what’s there. The views are long. It’s not like Banff or Jasper where you’re at the bottom of the valley. The views here are quite long and are spectacular! We’ll do what we do, build great golf. This is going to be quite the project.”

As of right now, the completion date for this new gem is slated for 2023 but Whitman isn’t sticking his neck on the line by firmly stating that’s when the doors will open. “A lot of factors come into play,” he commented when asked about that timeline, “We’ll do our best to meet that but I hate to nail myself down.”

What is nailed down for certain though, is Cabot’s sterling reputation among golf addicts and before long, this brand will be making itself known as another world-class facility, thanks to Rod Whitman’s design expertise.

About the writer: Gord Montgomery is a member in good standing of the Golf Journalists Association of Canada. He has written for Inside Golf media since 2007.
He can be reached at noraltagolf@gmail.com. He’s also on Twitter at @Gordinsidegolf and on Instagram at gordinsidegolf2.