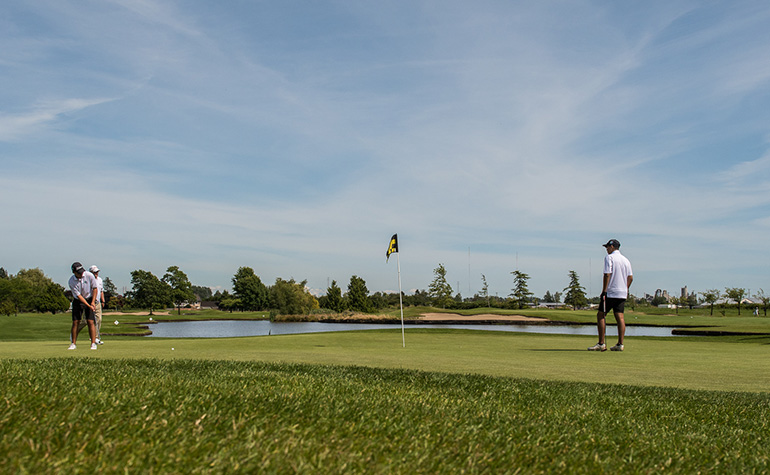 It was Mayfair Lakes, not Mesa, but no one was complaining.

COVID-19 has created challenges for the new British Columbia Golf Performance Program, which was just getting started when the pandemic struck.

But rather than worry about what they could not do, British Columbia Golf Performance Coach Colin Lavers and his team decided to focus on what they could do for the nine junior golfers who are part of the program. So that five-day camp scheduled for Arizona during spring break had to be rescheduled for Mayfair Lakes in July. It wasn’t quite Arizona, but the sun was shining.

“As much as COVID has been difficult for everyone, it has given us opportunities to do different things,” says Lavers, a Class ‘A‘ CPGA Professional who works out of Seymour Golf & Country Club in North Vancouver.

“We would never have been able to have a camp like this in the middle of July in the past because they would have been right now playing the B.C. Amateur and just finished the B.C. Junior. This essentially is the camp we were going to do in Arizona in March. So it got delayed, but I think all of us, the kids and the coaches, are making the best out of COVID.

“The pandemic gave us an opportunity to say, 'Okay, things don’t always go our way. How do we make the best of it? How can we use this to our advantage and come out better than everybody else who is not doing that?'” 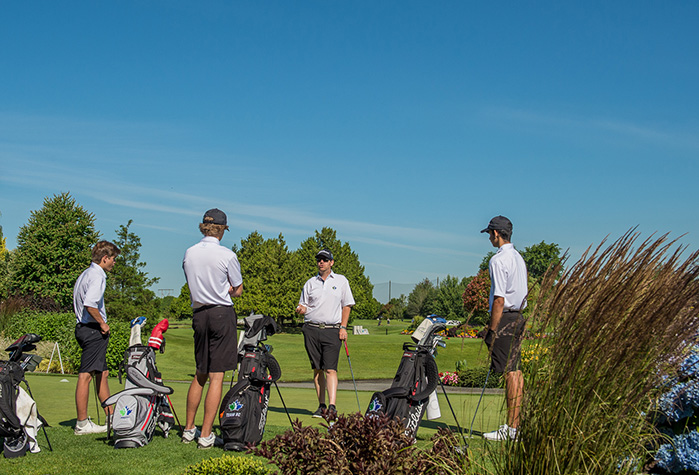 In the early days of the pandemic, when most courses were closed, Lavers organized regular Zoom calls for the team. “We were checking in as a whole team weekly and even sometimes twice a week on Zoom and in a lot of ways that was really good,” Lavers says.

North Vancouver’s Niklas Jaakkola says those Zoom calls helped keep the Team B.C. members connected during the early days of the COVID-19 crisis. “I think those calls really benefitted me because we were all working to get better instead of just being lazy throughout the whole COVID thing,” he says.

“We had a weekly checkup where we had to talk about what we had done that week to get better and we’d do challenges and stuff. It really helped me stay motivated throughout the whole quarantine and then the golf courses opened back up and slowly we have been getting things going and it is just great to meet with the team again.”

With most of the junior tours shut down for much of the spring, Lavers arranged for the Team B.C. players to compete in several Vancouver Golf Tour events. “Luckily we had decent weather in the spring and we were able to get the VGT opportunity,” Lavers says. 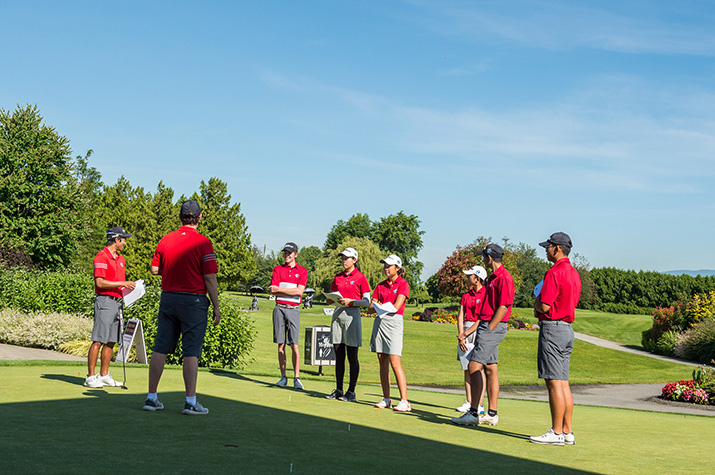 “All of the players pretty much had one really good round or one really good tournament. We had some under-par rounds and as players they have to understand they are basically playing against college and top amateur players and they are holding their own. So when they get to the B.C. Juvenile and B.C. Junior the competition isn’t going to be as strong and they should take that experience as confidence to help themselves.”

Lavers and his team of coaches ran them through three days of on- and off-course work at Mayfair Lakes with a goal of having the team ready for the British Columbia Golf championship season, which begins July 28-30 with the B.C. Amateur/Junior Boys Championship at the Okanagan Golf Club’s Bear course in Kelowna.

Dealing with adversity was one of the themes of the Mayfair Lakes camp. The first day concluded with nine holes of golf where team members were put in tough positions to create some of that adversity. Mental coach Kim Senecal walked alongside the players to offer advice. “We really wanted them to understand they are going to face adversity and need to have some strategies to deal with it,” Lavers says. 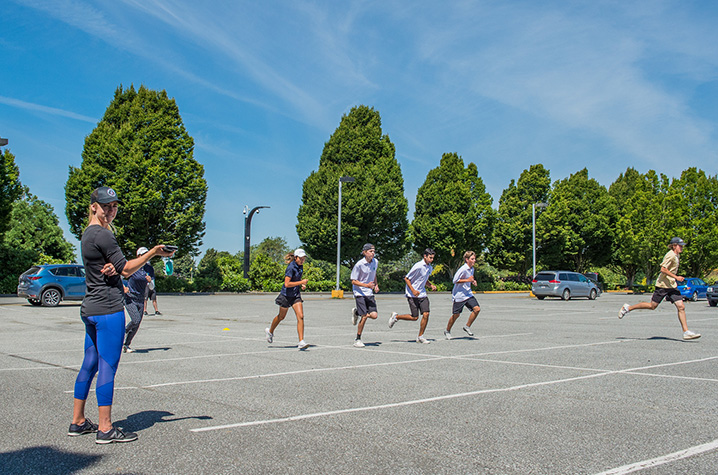 “We played nine holes that first night and every hole was its own specific challenge and it was not easy. It was different and it was difficult. But we had our mental coach walking along with them and we have had comments from the players about how nice it was to have him help them see some things that they probably don’t normally see. He looks at things differently than a golf coach or a fitness coach. It was really good."

Lavers also wanted to make the practice sessions at Mayfair Lakes both challenging and competitive. “We want the practices to be difficult. That way when they go play golf it's not going to seem as difficult, it is going to seem easier. They should be practising with a purpose, so that's going to help replicate things they will see on the golf course.”

Lavers hopes all the hard work pays off with some solid performances by team members at provincial championship tournaments this summer. He says the entire team is excited that the British Columbia championship season has been resurrected after it looked like all events would be cancelled.

“It is so good for everybody. Everyone was down because it looked like both the B.C. Junior and Amateur were going to be cancelled. They were crushed, so the fact we got it back is great. The kids are super pumped about that.”