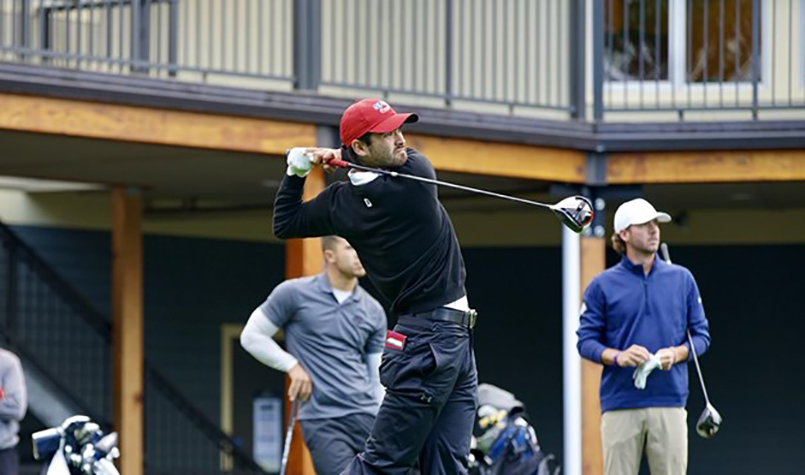 Leading the way for Simon Fraser was senior golfer Scott Kerr, who took home the individual title after posting a three round total of 216 (72-71-73). Kerr went on to secure the solo victory after fighting off Cal State San Marco's Justin Vrzich in an epic 6-hole playoff.

"He demonstrated patience and maturity on a very demanding golf course.  With green speeds peaking at 13 and with slopes so severe that at times it was hard to keep your ball on the putting surfaces, Scott expertly navigated his way around the course…From a Coach's perspective I'm incredibly happy to see Scott rewarded for all his hard work and his overall development as a player. He showed that he has elevated his game to a new level, and I'm excited to see him build upon this experience."

After the playoff, Kerr added his reflections on his mentality down the stretch: "I stayed really patient all tournament and was able to capitalize on a few opportunities to give myself a chance to win coming down the stretch. Having the team there to support me through the playoff and having Coach Steinbach with me kept me level-headed and focused. This is a week we can all build from, so we come out strong for the rest of the spring season."

As a team Simon Fraser put together a score of 899 which was good enough for 6th at the event. Michael Crisologo finished with a three day total of 221, while Aidan Goodfellow placed third for SFU at 226.

Up next, Simon Fraser will be back in California at Notre Dame De Maur University for the NDDU Invitational from March 9th to 10th.