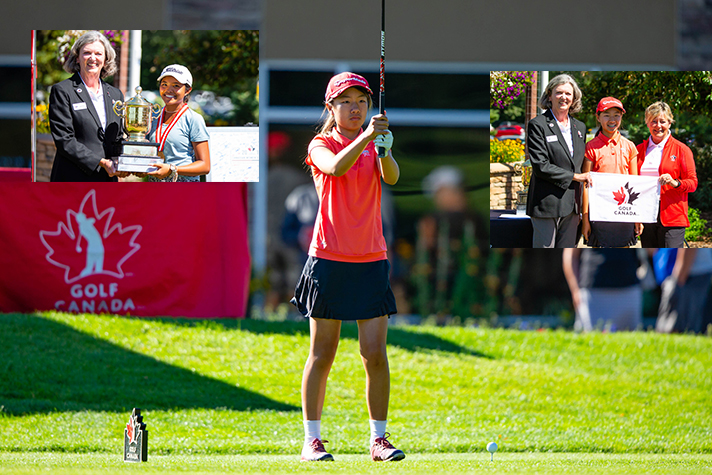 Michelle Liu of Vancouver finished as the low Canadian of the tournament, becoming the youngest player ever to earn an exemption to the CP Women’s Open. Liu carded a final round of 2 over, finishing at 1 over on the tournament in a tie for 12th.

Liu will be aged 12 years, nine months and six days when the 2019 CP Women’s Open tees off on August 22 at Magna Golf Club in Aurora, Ont.

“I’m very proud of myself, especially being able to play with so many well-known professional players,” said Liu. “I started off today not very well – at three over through four holes and I was like ‘oh, this may not happen.’ I managed to get back and get my scoring under control.”

Navarrosa won the championship with a tap-in par putt on the par-4 No. 18. Jennifer Chang (Cary, N.C.) was one stroke behind Navarrosa – narrowly missing a 15-foot birdie putt to force a playoff.

This is Navarrosa’s second tournament win of the season, having claimed the Buick Shanshan Feng AJGA Girls Invitational in February. By claiming the Duchess of Connaught Gold Cup, the 17-year-old earns exemptions into the 2019 CP Women’s Open and the 2019 U.S. Women’s Amateur Championship. 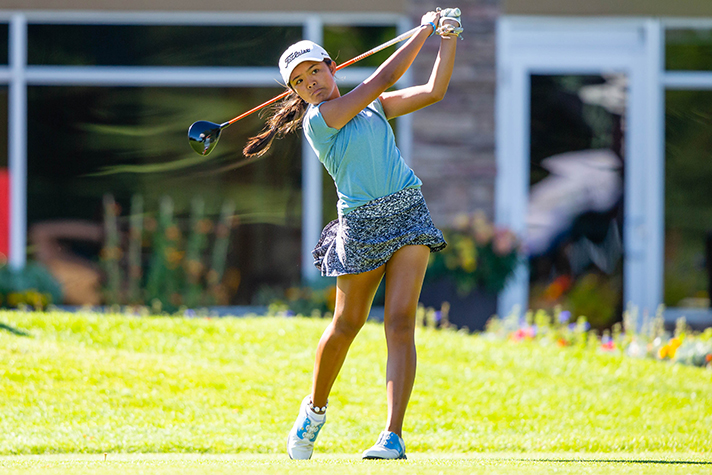 “Going into today I was really hoping just to get a top three and stay consistent throughout the whole day,” said Navarrosa. “Of course I wanted to win. I wasn’t nervous going into the back nine, I was hyped to sink some putts. This will be my first LPGA event. I just want to have a good experience. If things don’t work out well, it’s ok. Just being there is an honour.”

Chang finished at 9-under par after firing 2 under 70 on Friday.

The 54-hole leader, Andrea Lee of Hermosa Beach, Calif., shot 3 over on Friday and finished in third place.

Alyaa Abdulghany (Newport Beach, Calif.) made a charge up the leaderboard to finish fourth. Abdulghany entered the final round at even-par and her round of 7 under 65 was the lowest round of the tournament.

Full results can be found here.