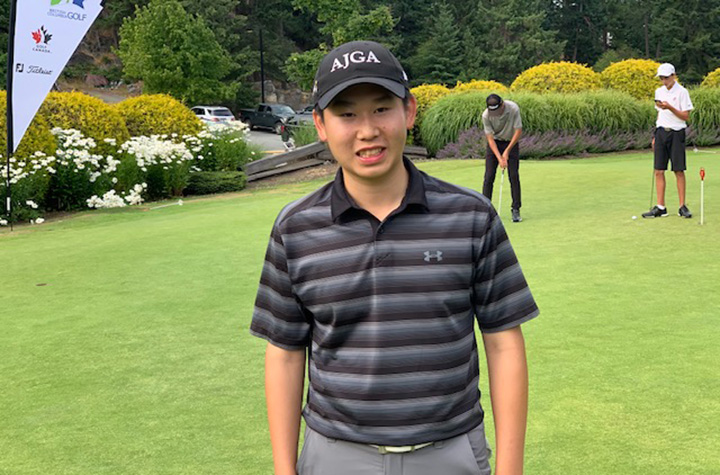 NANOOSE BAY -- Fairwinds Golf Club continues to be a riddle many of the best junior golfers in British Columbia are having difficulty solving, but Brycen Ko seemed to figure it out Wednesday.

Ko shot a tournament-low three-under par 68 to grab the halfway lead at the B.C. Junior Boys Championship. The 15-year-old from Richmond stands at one-under par through 36 holes and has a one-shot lead on Fort Langley’s Jackson Jacob.

“After my round yesterday, I came into today just thinking put yourself in a good spot,” Ko said. “And I think I accomplished that. I just think I have to be patient. My main focus was just to hit fairways and greens. It is that kind of golf course where positioning is important.”

Ko had five birdies and just two bogeys in his round. Fairwinds’ tight, 6,200-yard layout has confounded the players. It demands accuracy off most tees and trouble seems to be lurking everywhere.

“The main thing my coach and I discussed was to hit fairways, to be in a good position and give yourself a chance for birdie,” said Ko, who just finished Grade 10 at Richmond Christian School. “I feel like if you are too aggressive this course can punish you.”

Much of the rest of the field can attest to that. There have been lots of double-, triple- and quadruple-bogeys made this week, along with some even bigger numbers. Ko, who plays out of Shaughnessy Golf & Country Club, recently committed to play his college golf at the University of British Columbia beginning in 2021. “I am really excited about that,” he said. “It’s a great spot and I am super excited.”

He’s not about to change his patient approach now that he has the lead. “It’s that mindset that got me to this point,” he said. “i just have to hopefully continue with that game plan. If I can accomplish that I will be super happy.”

Jacob, who had the first-round lead, was happy to escape with his one-over 72 on Wednesday. “That was probably the best 72 I have ever shot,” Jacob said. “I did not hit the ball very well today and it was a very long day. Our group was searching for balls on almost every hole. I am happy to get out with a 72. Definitely the course was showing its teeth today.” 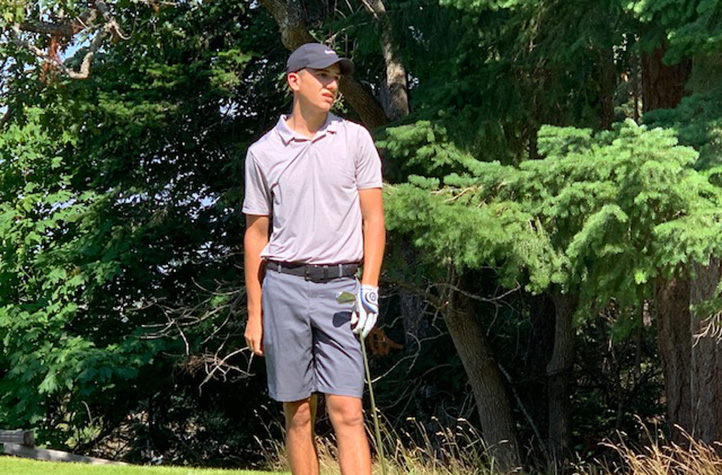 Jackson’s round was something of a roller-coaster, full of ups and downs. He had four birdies and five bogeys. At least a couple of those bogeys could have been doubles or worse. “I actually had some really good bogeys,” he said.

“I hit two balls left that would have been lost on No. 4 and ended up finding the second one and got up and down from 215 yards. I had some good par saves and some good bogeys that could have been worse. So that helps.”

Richmond’s Michael Crisologo, last year’s runner-up, is in third place at three-over after his 72 Wednesday. Defending champion Ilirian Zalli of Burnaby is tied for fifth place at five-over after shooting a one-over 72 on Wednesday. The field was cut to the top 55 and ties after Wednesday’s round. The cut fell at 17-over par.

The tournament also includes a two-man best-ball competition. The Kelowna team of Matt Hopley and Justin Towill lead with a two-round score of 12-under. The team of Crisologo and Dylan Bercan of Vancouver are one shot back in second place.

A 36-hole zone championship concluded Wednesday with Zone 4, representing Delta, Greater Vancouver, Squamish and the Sunshine Coast, prevailing with a score of eight-over.

CHIP SHOT: The top three players after Friday’s final round will represent British Columbia in the inter-provincial team event at the Canadian Junior Boys Championship, which goes Aug. 12-15 in Hartland, N.B.