Parsons Pumped About Pan Am Games In Peru 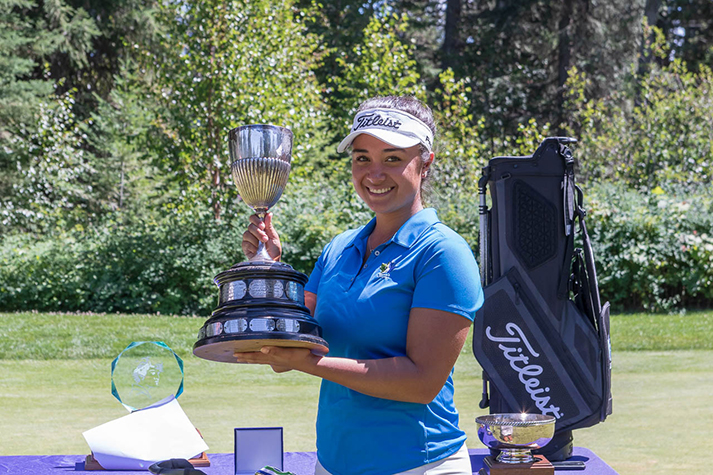 When Mary Parsons tees it up in the B.C. Women’s Amateur Championship July 9-12 at Nanaimo Golf Club, the Delta resident will be doing more than defending the title she won last year. Parsons will also be preparing for what figures to be the biggest event of her young golfing life.

The 20-year-old, who just completed her sophomore year at Indiana University, will represent Canada later this summer at the Pan American Games in Lima, Peru. And yes, that has her more than a little excited.

“It is definitely going to be quite an experience,” Parsons says. “I have the B.C. Am, the PNGA and Canadian Am coming up before the Pan Ams and I think those are all stepping stones to get to where I need to be for the Pan Ams and compete for Canada on such a large stage.”

The PNGA Women’s Amateur goes July 15-19 at Arrowhead Golf Club in Molalla, Ore., and the Canadian Women’s Amateur goes the following week at Red Deer Golf & Country Club in Alberta. Shortly after that, Parsons will be off to Peru to join Canadian teammates Brigitte Thibault of Rosemere, Que., Joey Savoie of La Prairie, Que., and Austin Connelly of Lake Doucette, N.S., at the Pan Am Games.

Parsons got the official word she was on the Pan Am team in early June. She had known for some time that she was under consideration by Golf Canada for a spot on the team. “Initially, Golf Canada had sent out some paperwork saying I was a potential to be on the team and asking for my interest,” Parsons says. “I think they had a larger list and eventually through the spring narrowed it down. That's how it happened.”

The St. Thomas More Collegiate graduate is not a complete stranger to the international stage. As a member of Golf Canada’s national development team in her senior year of high school, Parsons represented Canada at a Junior World Cup event in Ottawa and also competed at the South American Amateur Championship in Argentina. At the recent Porter Cup in Lewiston, N.Y., where Parsons finished fourth, she met with Canadian Pan Am coach Tristan Mullally.

“I had a sit-down with Tristan and we kind of went over what it was going to be about and I have been talking with Brigitte to see what she knows about it,” Parsons says. “And from what I have heard I am very excited. I have never been to Lima and I think it will just be a really good experience as a player and to be an athlete in such a significant international competition.” 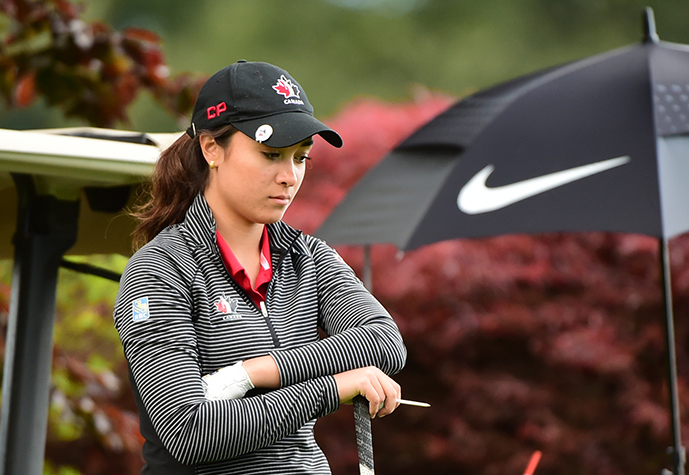 Parsons is returning home from Indiana this week after completing a summer course. She says it’s hard to believe she is already at the halfway mark of her university experience. “It is has definitely gone by quick, but I have enjoyed every minute of it here,” she says. “I am excited and looking forward to working hard the next two years and to hopefully turn pro after my senior year.”

Parsons had a solid sophomore year. She earned her first collegiate win this spring at the Lady Boilermaker Classic in West Lafayette, Ind., and helped the Hoosiers advance to the NCAA championship tourney. “My coach and I have been working together to tighten up some aspects of my game. And I think I got stronger throughout the end of the year and so far this summer.”

Parsons says her collegiate golf experience has so far been everything she hoped it would be and more. She has particularly enjoyed getting to know her teammates, who are a diverse bunch. “We are all from different places, different environments and we are able to meet on a similar level because of golf,” she says.

“It is fun knowing about different places. I have teammates from Uruguay and Switzerland, another from Myanmar and a bunch of different (U.S.) states. It's fun to hear what golf and life is like in those places and comparing it to what I have seen and so forth.”

Parsons is majoring in biology and has had to manage her time to balance golf with the academic side of her busy university life. “It is a grind during the season with late nights,” she says. “But with the help of all the resources here, I am able to make it work.”

For the next month or so, Parsons’ work will now be all on the golf course. She is looking forward to defending her B.C. Women’s Amateur title she won by 11 shots last summer at Golden Golf Club. “I have never played at Nanaimo Golf Club,” she says. “I have heard a lot of good things about it. So I am excited to get the practice round in and see what it is like.”

She also can’t wait to get to Peru. The Pan Am Games run from July 26-Aug. 11. The golf competition goes Aug. 8-11. Parsons won’t make the opening ceremonies, but hopes to march with the rest of the athletes in the closing ceremonies. “It would be really exciting to be with all the athletes from all the different places that are competing in the Games,” she says.

In the meantime, Parsons will be brushing up on her Spanish. “I did take Spanish for two years, but it is kind of lacking,” she says with a laugh.