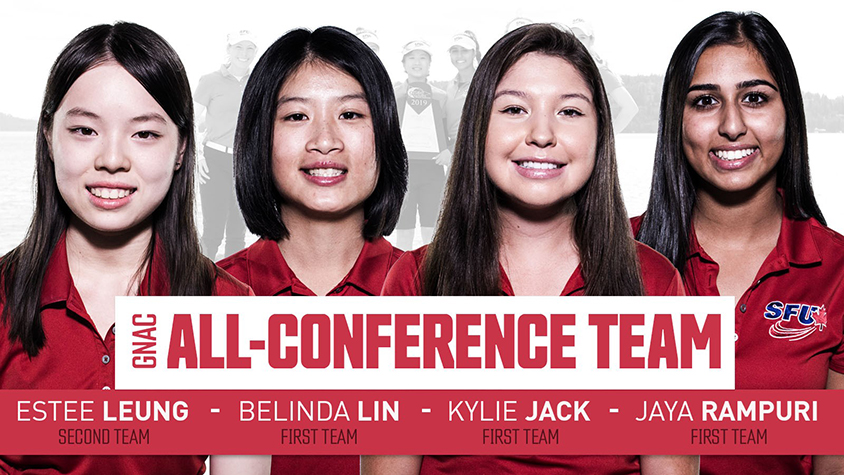 SFU led the conference with a trio of First Team honourees. Lin's record-breaking second round at the championships solidified what was already an outstanding senior campaign.

The Surrey, BC native shot a tournament-low round of 69, including a four-under-par back nine, to propel herself to second place on the leaderboard and seal the comeback for her team. That single-round score was also the lowest in Clan history. Over the course of the season, Lin placed top-10 three times in nine events and she is averaging 77.6 strokes per round.

Jack and Rampuri both earned their second-career All-GNAC First Team selections. The pair played in every tournament this season and they each had four top-10 finishes. Jack has a scoring average of 79.3 in 19 rounds of action and the senior came fifth individually at the GNAC tournament.

Meanwhile, Rampuri leads the team with a 77.5 strokes per round average and at the league championships, she fired rounds of 77 and 73 (150, +8) to place third. Her three birdies in the final four holes were instrumental to SFU's team win. 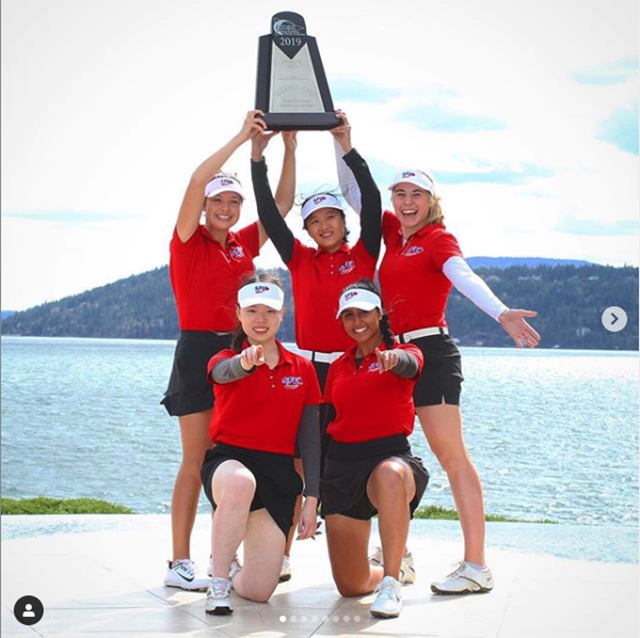 Sophomore Estee Leung was named to the All-Conference Second Team. In 14 rounds for Simon Fraser this year, she has had five top-20 placements and she averages 80.1 strokes a round. Earlier this month, the native of Richmond, BC was also honoured for her achievements in the classroom with a GNAC All-Academic Team selection.

In addition to the four player honours, head coach Matthew Steinbach was recognized by his peers with the GNAC Co-Coach of the Year award. He along with assistant coaches Nicole Jordan and Michelle Waters helped guide the Clan to its third league title in four years and to earning an automatic qualifier to the NCAA Division II Championships.

Preparations are in full swing for the NCAA West Regional Championships. The three-day 54-hole tournament begins on May 6 in Amarillo, TX at the Amarillo Country Club.