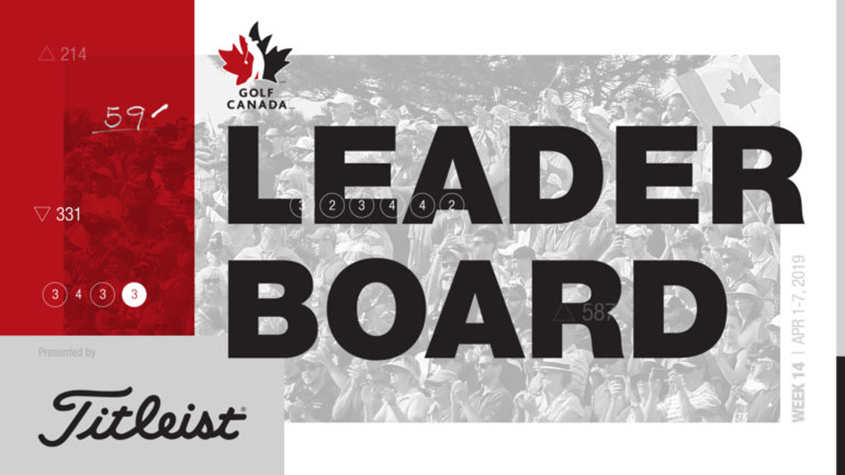 (BC Players shown in Bold)

Corey Conners captured the Valero Texas Open by two shots Sunday for his first PGA TOUR win. Conners had to enter an open qualifier on Monday to try and earn one of four spots in the field.

He tied for third in the qualifier and won a 6-for-1 playoff just to get into the tournament. Conners became just the fifth Monday Qualifier ever on the PGA TOUR to go on to win and the first since 2010. It’s the third time he has Monday Qualified this season, finishing runner-up and tied for third the two previous times.

The victory comes with a two-year exemption on the PGA TOUR and a US$1.3-million payday. More importantly, he earned the very last Masters invitation. …Mackenzie Hughes has made the cut in each of his last three tournaments after missing the cut in the previous four. …PGA TOUR rookie Adam Svensson made the cut for just the second time in his last six starts. …Nick Taylor recorded a hole-in-one on the par 3 13th during the third round. …Since finishing runner-up in Puerto Rico, Roger Sloan has yet to record a top 20 result in his last five tournaments. …Ben Silverman has alternated missing the cut and making the cut in his last five tournaments. 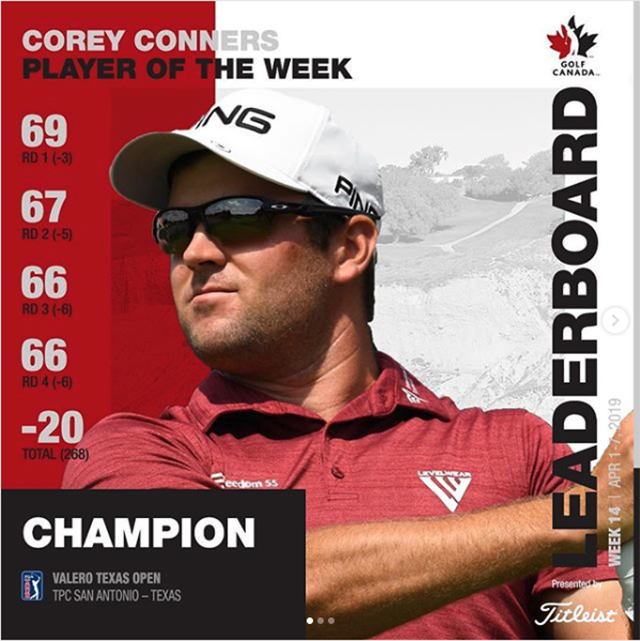 Jin Young Ko won the ANA Inspiration on Sunday at Mission Hills for her first major title and second victory in three weeks. …Brooke Henderson has recorded just four rounds over par of 22 total rounds played so far this season. …Alena Sharp equalled her second best result of the year.