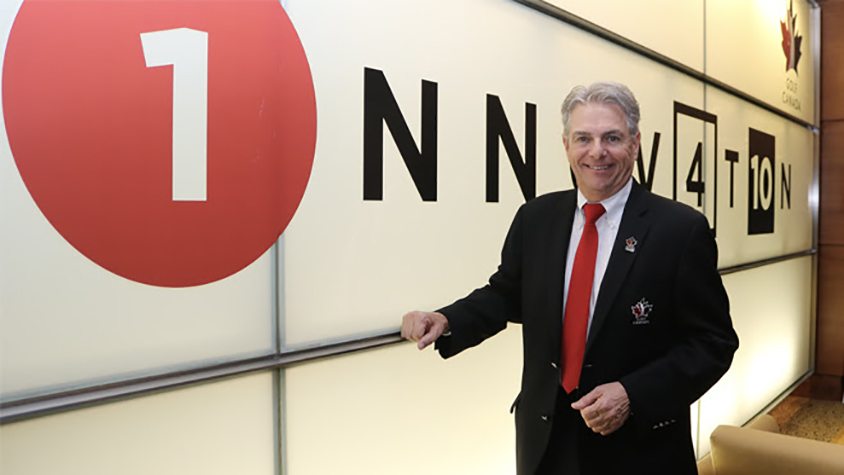 "I am honoured to assume this post as the 115th president of Golf Canada," said Beaulieu. "There is a great enthusiasm in the game right now and I believe we have a real opportunity to be innovative in how we advance the sport and make the game more accessible. Together with the Board of Directors, I am looking forward to working closely with CEO Laurence Applebaum and our committed staff, volunteers and partners for the betterment of golf in Canada."

A member of Le Mirage Golf Club, Beaulieu brings more than 30 years of corporate, real estate and entrepreneurial experience across a variety of businesses. Together with his family—through an annual golf tournament held in honour of their late father—he has helped the Roland Beaulieu Foundation, raise over $1.2 M over the past 20 years for various charitable causes in Québec.

Beaulieu, Hoffman and Jackson will lead Golf Canada’s 2019 Board of Directors which also includes Rob MacDonald of Winnipeg, Man., David Atkinson of Vancouver, B.C. Susan MacKinnon of Calgary, David McCarthy of Toronto and Adam Daifallah of Montreal as well as new Directors Jean Stone-Seguin of Ottawa and Patrick Kelly of Vancouver. Also remaining on the Board is past President Leslie Dunning of Calgary.

Click here to read Golf Canada’s 2018 Annual Report, which includes a recap of the past season, as well as the organization’s 2018 Financial Statements, which were both released during Golf Canada’s Annual General Meeting.

Raymonde Michaud Honoured with Volunteer of the Year Award: