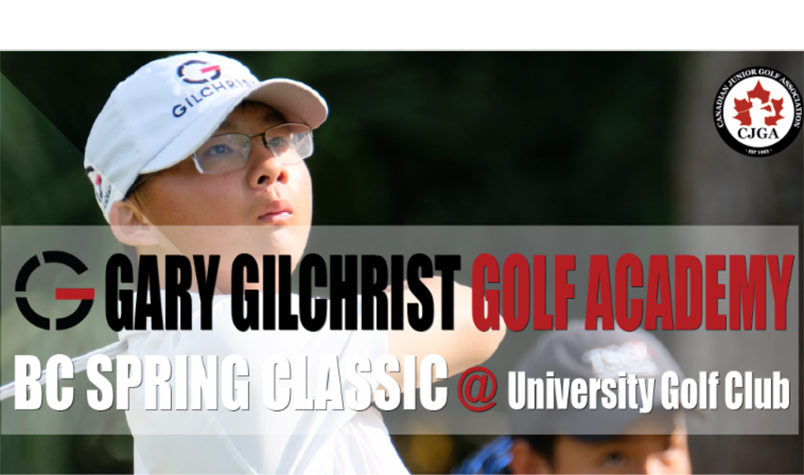 Both events will be held as part of the of the Junior Tour's spring schedule with one taking place in British Columbia in March & the second being held in Ontario in April.

The event will mark the second Canadian event on the 2019 CJGA Tournament schedule and the first BC tournament to be ranked by BC Golf, it will act as an important season warm-up for players heading into the Humber College PGM Western Canadian Championship presented by TaylorMade at Northview Golf Club in Surrey the following week.

In April the Ontario Tournament season will kick off with the Gary Gilchrist Golf Academy Ontario Season Opener at Peninsula Lakes in Fenwick, Ontario. The tournament will be held April 20-21, 2019 and will be the start of the 20 event Ontario CJGA Tournament season.

The two events are as follows;

For more information on this event or to enter please click the link in the image below.

For more information on this event or to enter please click the link in the image below. 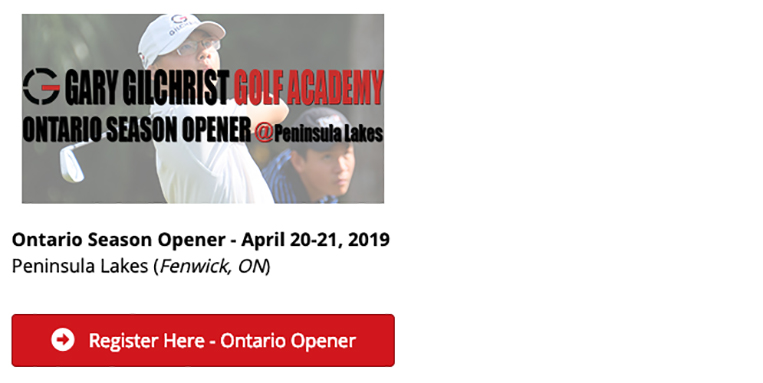 ABOUT THE GARY GILCHRIST GOLF ACADEMY
Gary Gilchrist Golf Academy founded by legendary PGA TOUR & LPGA Tour instructor Gary Gilchrist is a golf boarding school for student-athletes looking to take their game to the next level. Located in Clermont, Florida just outside of Orlando the Gilchrist Golf Academy is a facility passionate junior golfers can both live and study while they work on advancing their game.

In a coaching career that spans more than 30 years, Gary Gilchrist has been responsible for recruiting, training and developing more professional, amateur and junior golfers than any other coach in the world. His system of training applies to golfers of all ages and abilities.

At the training facilities at Mission Inn Resort, he and his team incorporate a holistic training environment for juniors, amateurs, and professionals through technical, mental, fitness and on-course strategy training.

Visit - www.ggga.com for more information on academy programs or please contact (352) 484-0787 or info@ggga.com